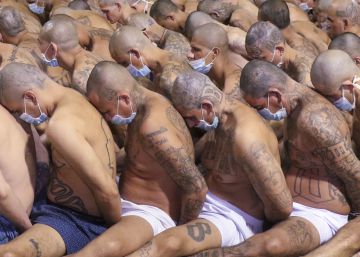 The current spread of the coronavirus epidemic has also triggered a vast epidemic of ideological viruses that was latent in our society: fake news, paranoid conspiracy theories, outbreaks of racism. Along with the well-founded medical necessity of quarantines, we also encounter ideological pressure to establish clear borders and quarantine enemies that pose a threat to our identity. But perhaps another far more beneficial ideological virus will spread and hopefully infect us: the virus of thinking of an alternative society, a society that goes beyond the nation-state, a society that updates itself in the form of global solidarity and cooperation. There has been widespread speculation that the coronavirus could lead to the downfall of the Chinese communist regime, just as, as Gorbachev himself admitted, the Chernobyl catastrophe it was the event that triggered the end of Soviet communism. But here is a paradox: the coronavirus will also force us to reinvent communism based on trust in people and science.

In the final scene of Kill Bill: Volume 2 by Quentin Tarantino, Beatrix defeats the evil Bill and hits him with the "Five Pressure Points Technique that Explode the Heart", the deadliest blow of all martial arts. The movement consists of a combination of five blows with the tips of the fingers at five different pressure points on the opponent's body; As soon as he takes five steps, his heart explodes and he falls to the ground. Such an attack is part of the mythology of martial arts, but it is not possible in authentic combat. In the movie, Bill, after Beatrix has applied that blow to him, makes peace with her, takes five steps away, and dies.

Years ago Fredric Jameson He pointed out the utopian potential of films that deal with a cosmic catastrophe, such as when an asteroid threatens life on earth or a virus sweeps across humanity. This universal threat creates global solidarity, our petty differences become insignificant, we all work together to find a solution: and there we are now, only in real life. This is not an invitation to sadistically enjoy widespread suffering as it contributes to our cause. Quite the contrary: the important thing is to reflect on the sad fact that we need a catastrophe to be able to rethink the very basic characteristics of the society in which we live. The first model of such global coordination could be the World Health Organization, which instead of the usual bureaucratic gibberish, has chosen to issue precise warnings, announced without panic. Such organizations should be given more executive power. As skeptics scoff at presidential candidate Bernie Sanders for his advocacy of a universal healthcare system in the United States, shouldn't we teach you about the coronavirus epidemic that is needed now more than ever, that we should start creating a kind of network of global public health?

China is already preparing for a return to normality. It has already announced that when the epidemic ends, people will have to work Saturdays and Sundays to make up for lost hours.

A day after Iran's Undersecretary for Health, Iraj Harirchi, appearing at a press conference to downplay the spread of the coronavirus and claim that mass quarantines were unnecessary, had to make a brief statement admitting that he had contracted the coronavirus and was being held in isolation (even during his television appearance, he showed signs of fever and weakness). Harirchi added: "This virus is democratic and does not distinguish between rich and poor or between statesmen and ordinary citizens." And he was right to say it: we are all in the same boat. It is difficult to overlook the supreme irony that what has united and promoted global solidarity is expressed in daily life in the form of strict orders to avoid proximity to others, and even to isolate ourselves. We are not just faced with viral threats, but there are other catastrophes that are looming on the horizon or that are already happening: droughts, heat waves, deadly storms ... the list is very long. In all of these cases, the answer is not panic, but hard and urgent work to establish some form of effective global coordination. The first thing that we have to forget is the chimera that Trump raised during his recent visit to India: that the epidemic will subside quickly, and that we only have to wait for it to reach its peak for life to return to normal. China is already preparing for that moment: its media announced that when the epidemic ends, people will have to work Saturdays and Sundays to make up for lost hours. Against all these overly simplistic hopes, it is important to accept that the threat is here to stay: even if this surge subsides, it will probably reappear in perhaps even more dangerous ways. The fact that there are already patients who have survived the coronavirus infection and, after being discharged, have become infected again is a sign of ill omen in that direction.

For this reason, this viral epidemic can be expected to affect our most elemental interactions with others and with objects around us, including our own bodies. Instructions on how to deal with this new situation will abound: avoid touching things that could be (invisibly) dirty, do not touch the handles and bars of public transport, do not sit on public toilets or on public benches, avoid hugging others and shaking their hands. hand ... and be especially careful with the control of your own body and your spontaneous gestures: do not touch your nose or rub your eyes: in short, do not touch your parts. So that not only the State and other institutions will try to control us, we must learn to control and discipline ourselves! Perhaps only virtual reality is considered safe and moving freely in an open space is reserved for the islands owned by the super-rich. (I owe this idea to Andreas Rosenfelder).

Countries were able to regulate the economy when they were at war, and now, in fact, we are approaching a state of medical warfare

But even in the field of virtual reality and the internet, we should remember that, in previous decades, the terms “virus” and “viral” were used mostly to designate digital viruses that infected our web space and of which we were not aware, at least until they unleashed their destructive power, that is, their power to destroy our data or our hard drive. What we see now is a massive return to the original literal meaning of the term: viral infections now go hand in hand in both the real and virtual dimensions.

Another strange phenomenon that we can observe is the triumphant return of capitalist animism: the fact of treating social phenomena such as markets or financial capital as if they were living entities. If you listen to the mainstream media, the impression you get is that what should really worry you is not the thousands of people who have already died and the many thousands who will die, but the fact that “markets are carried away panic ”: the coronavirus increasingly disrupts the proper functioning of the world market. Is this not a clear signal that we urgently need to reorganize the global economy so that it is no longer at the mercy of market mechanisms? We are not talking here of old-fashioned communism, of course, but of some kind of global organization that can control and regulate the economy and limit the sovereignty of nation-states when necessary. Countries were able to do it when they were at war, and now, in fact, we are approaching a state of medical warfare. We should not be afraid to observe a potentially beneficial aspect of the pandemic.

One of the enduring symbols of the epidemic is passengers trapped in quarantine on large cruise ships. Goodbye with a fresh wind at the departure of such ships, I say, although we must ensure that traveling to lonely islands or other exclusive places does not become the exclusive privilege of a few rich people, as happened decades ago by going by plane. Amusement parks become ghost towns ... perfect, I can't imagine a more boring and stupid place than Disneyland. Car production is seriously affected ... well, this may force us to imagine alternatives to our obsession with each one going in his own car. The list could go on. In a recent speech, Viktor Orban He said: “Liberals do not exist. A liberal is nothing more than a communist with a diploma. " What if the opposite is true? If we call those who care about our freedoms "liberals" and those who are aware that we can only save those freedoms with radical changes, "global capitalism is approaching a crisis," then we should say that today One day those of us who still recognize ourselves as communists are liberals with a diploma, liberals who have seriously studied why our liberal values ​​are threatened, and have become aware that only radical change can save them.

Pandemic. Covid-19: the virus that shakes the world. Slavoj Žižek. Translation by Damià Alou. Anagrama, 2020. It is published on May 6. The author will entirely allocate the worldwide royalties for this book to the NGO Doctors Without Borders.