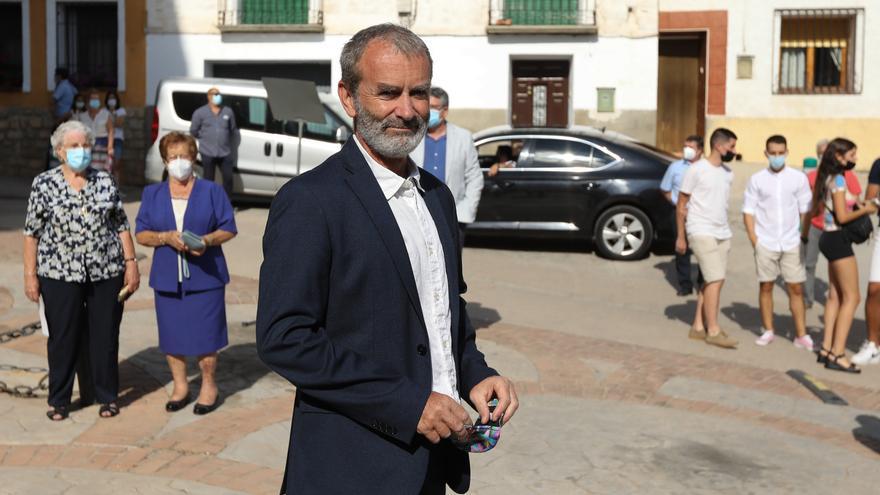 Health puts an end to the only institutional routine that survived the improvement in infection data. Minister Carolina Darias has canceled the weekly meetings with the health counselors of the autonomous communities. From now on they will be spaced, possibly every 15 days. According to Ministry sources, it no longer makes sense to continue convening the Interterritorial Council “automatically” and the minister advocates doing so “when needed” in the future.

The end of this appearance once a week reveals something else: the gradual loss of public presence of the icons of the pandemic. The informative references that dominated the mornings, afternoons and nights in newspapers, radios and televisions go with the good epidemiological situation to the background.

“Hopefully I can be out of the spotlight for a long time and that people can forget about people and focus on health problems,” said Fernando Simón, the director of the Center for Health Alerts and Emergencies, a few weeks ago, in his reappearance in public after two months out of the spotlight.

For many months, he was stationed daily behind a government lectern to tell the latest news of a pandemic that had the population in anguish. The scientific spokesperson ended up becoming – almost at the level of Minister Salvador Illa – an icon: Epidemiological concepts such as cumulative incidence at 14 days or R0 were installed in the social conversation, but also his last haircut or his summer getaway to surf in Portugal. The media importance was so relevant, it went through the daily life of the population so much, that he gave press conferences even infected and in isolation at his home. T-shirts with his face were also made.

Daily appearances became biweekly; afterwards they were celebrated only on Mondays. Today they no longer exist and Simón sounds like a favorite to direct the new State Public Health Center, whose start-up is scheduled for the second half of 2022. Salvador Illa, the minister to whom Pedro Sánchez assigned shortly before the pandemic the portfolio of Health because “it had a lower burden than other ministries” and thus would have time to do politics in Catalonia, now it has a seat in the opposition of the Parliament.

“Everything has its beginning and its end. If the situation continues to normalize, and everything indicates that we are doing very well, our role as responsible for transferring the speech will be diluted because we will no longer be so necessary,” says Amós García Rojas, president of the National Vaccination Association and the Spanish representative of the WHO Standing Committee for Europe.

García Rojas does not know how he went from being an anonymous vaccinologist who had fought his battles against public health problems outside of media exposure to pose next to a graffiti that says “Amos, you are the cobi” while joking that he does not know if he means the disease or the Olympic mascot. When the pandemic broke out, he was about to retire. “We professionals had already beaten our copper against previous public health problems (HIV infection, mad cows, swine flu …) but never with such prominence,” he recalls.

Harassment of technicians who have reported the pandemic –and the scientists who have investigated it, according to a study published by the journal Nature– It is not an exclusively Spanish phenomenon. The British Government had to put an escort to Chris Whitty, the English spokesman for the strategy against COVID-19, when he was shaken in a London park last July. “When walking down a central street in Las Palmas they call me a ‘murderer’ and ‘son of a bitch’ are things that have left me terrified”, García Rojas told in this interview.

Another of the already disappeared faces in the first line of exposure is that of Raquel Yotti, former director of the Carlos III Health Institute. She was responsible for the seroprevalence study that estimated how many people had been infected with coronavirus in Spain. One in ten, according to the latest findings. Yotti was appointed Secretary General for Research of the Ministry of Science in August 2021.

Pedro Gullón, a university professor, was investigating social inequalities and chronic diseases until March 2020. One day the press began to call him and he attended 37 media in one day, he says in conversation with elDiario.es. “It is normal that people are tired of the pandemic and it will end when they stop talking about it. It is part of the de-escalation and it is a slow but constant process: less news, less media interest and fewer press conferences,” he analyzes. “On a personal level it has been Martian to the full. Seeing your name in many places gives a bit of vertigo, even impostor syndrome. It is a lot of responsibility to try to explain a reality that was sometimes difficult to understand because we were going to slaughter,” he adds .

Experts agree that they have not been but society that has been building the “concepts of the pandemic.” “Non-pharmacological measures have been named like this: confinement, perimeter confinement … Other concepts have arisen by repeating them although they have little scientific basis such as ‘sterilizing vaccine’. Are any of them, we know for sure? They are concepts that have transcended and they stay, they are installed in the social conversation “, reflects Gullón.

Everyone trusts that interest in public health – and especially investment in it – will not wane once the pandemic is over. “I hope that one of the lessons is that it is essential to face the problems that scare the public so that the next time they catch us armed. The health system – García Rojas concludes – can never be subject to cuts.”