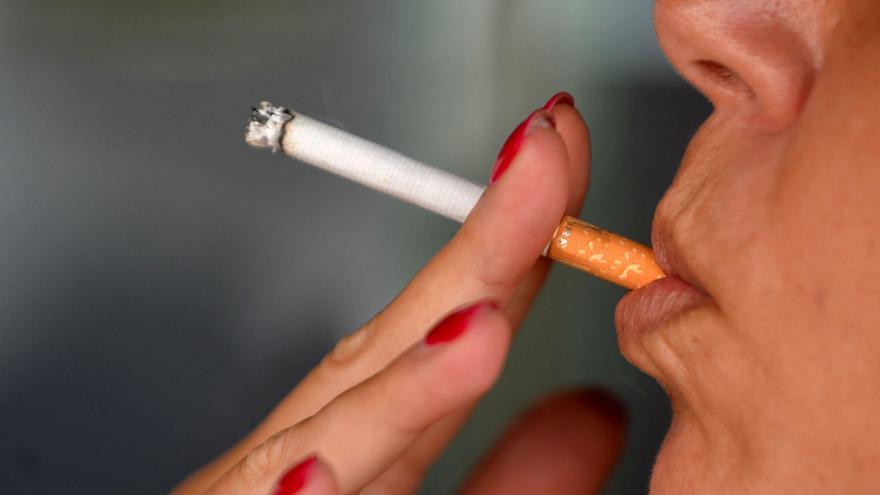 Based on the words of Dr. Rodríguez, This neoplasm caused the death of a thousand people in the Islands in the course of 2020, a year that closed with 1,200 new diagnoses of the disease. “This type of tumor is the fourth most incident and the first in mortality”, highlights.

It should be remembered that smoking is one of the main risk factors for developing this cancer. In fact, according to the doctor Anna Estival, attached to the Thoracic Tumor Unit, the predominant profile of patients suffering from lung cancer “is that of a 64-year-old man who smokes”. In this sense, the health company is forceful in saying that vaping systems are not a “healthy” alternative to replace the consumption of conventional cigarettes. “Faced with the belief that they were less harmful, many patients we treat today gave up smoking cigarettes at one point to switch to these systems. Finally, they have been shown to be harmful and also linked to lung cancer. ‘

But tobacco is not the only trigger. Also pollution and radon – a noble gas – are other elements to take into account. In addition, the pathology can manifest itself without apparent cause. “What is certain is that these people tend to have a better prognosis,” says Dr. Estival.

With regard to treatments, it must be said that the two great revolutions that have emerged in recent years have been targeted therapies and immunotherapy. ‘Targeted therapies are administered orally and have fewer side effects, which makes patients have a better quality of life. On the other hand, immunotherapy, which has already demonstrated its good effects in tumors in metastatic phase and which can be combined with other treatments, is now being tested in patients who may be candidates for surgery and who have tumors located in very early stages », Informs the professional.

All this, added to the medical follow-up, has managed to increase the survival of those affected. And it is that five years ago, the life expectancy of patients with metastases was one year, while currently there are groups that have reached five years. “If the tumor is localized, life expectancy is even longer. It must also be clear that the disease can be cured, but the problem with lung cancer is precisely that it usually produces symptoms when it is already very advanced, “he emphasizes.

For this reason, oncologists defend the need for early diagnosis programs that allow screening among the target population. «The purpose of the Canary Lung Cancer Group is to launch a pilot program of screening. There are already three studies that have shown that doing tacs reduces mortality by up to 20%», Says Delvys Rodríguez. “This is complicated because it involves a lot of expense,” continues the head of the Oncology service at the Insular Hospital, “but diagnosing it early would save many lives.”

In order to support the fight against this neoplasm, Next Sunday, November 21, the Canarian Lung Cancer Group Canary Foundation will celebrate the fourth edition of the solidarity walk in the capital. The activity, which has the support of the Spanish Association Against Cancer (AECC), will begin at 11 am in Olof Palme Street and will conclude in Saulo Torón Square. This initiative is part of the campaign #Hugging.

People who want to help the group raise funds may come with a solidarity t-shirt, which has a price of ten euros, and which can already be purchased at the AECC headquarters, at the Insular Hospital and at Ikea (Telde), or , the same day of the appointment in the Paseo de Las Canteras.

“At the level of clinical trials, we can say that we are doing well. We still have to continue improving, but we have increased the number of studies by 30% compared to last year,” says Dr. Delvys Rodríguez, head of the Oncology service at the University Hospital Insular de Gran Canaria. According to the doctor, at present, about thirty trials are being carried out in the center that are focused exclusively on lung cancer. “We are happy with the participation of the patients. Without a doubt , this is something that we always thank both them and their family members. “According to the data managed by the Canary Islands Lung Cancer Group Foundation, in the last 30 years, half a million people have died in Spain as a result of this disease.