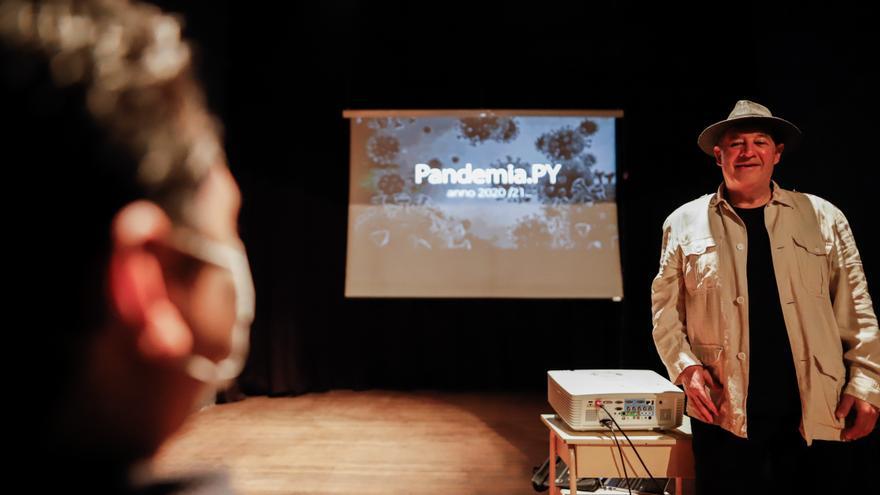 Asunción, May 27 (EFE) .- Chilean filmmaker Luis R. Vera began filming ‘Pandemia.Py Anno 2020/2021’ in April 2020, a film that he planned to release in 2021, “when we were all vaccinated and living the post-pandemic “, but a year later it is still” in process “given the epidemiological situation in Paraguay.

The events forced Vera to continue filming for another year, so that her work would not remain as “a distorted vision” of reality, anchored in the testimonies collected throughout 2020, which the evolution of the pandemic had made obsolete .

“The film is in process and we have not finished it because we have not finished with the drama. It has a development and a dramatic thread that corresponds to how the situations have been in Paraguay, from the health point of view, which is the main issue of the story, but also of the social, political, moral point of view … “, Vera said this Thursday during the presentation of the trailer of his work in Asunción.

Filming is still ongoing, although its director hopes to present it in a couple of months, with a duration of about two hours divided into Pandemic and Post-pandemic.

The first part collects the testimonies of ministers, politicians, communicators and social and cultural references about the pandemic when the restrictions in the country were just beginning and the numbers of infections and deaths were still far from the 8,701 deaths today.

In this first part, the interviewees remember how the first measures were taken, the uncertainty in the face of an unknown virus and how life changed when they accepted a confinement for months.

Later, reality prevailed and after the initial shock, suspicions of corruption, criticism of government management, social protests and the shortage of vaccines surfaced.

It was then that the need arose to move forward with a second part, Post-pandemic, in which Vera tries to answer some questions about the future of Paraguayan society and its reconstruction once the pandemic was over.

In this second part, Vera leaves behind the analytical testimonies of the first part to show a “much more critical” message.

“Its tones change as the crisis enters and takes over the country. (In the first part) There is very little talk about corruption, it is mentioned, it is hinted at … but later there is a strong, stark analysis, that I am carrying out in the provocation, “said the director.

Vera promises an “open ending”, critical and hopeful at the same time, so that after the pandemic the viewer continues to feel challenged and called to reflection and analysis.

This “history document” has represented for Vera the longest shoot of her filmography, with more than a year of work accompanied by professionals from Argentina, Peru, Paraguay and Chile.

The project has gone ahead despite the financing difficulties encountered by its director, given the “dismantling of the budgets for culture.”

“You face that challenge of tackling it and maintaining independence until the very last consequences,” he noted.