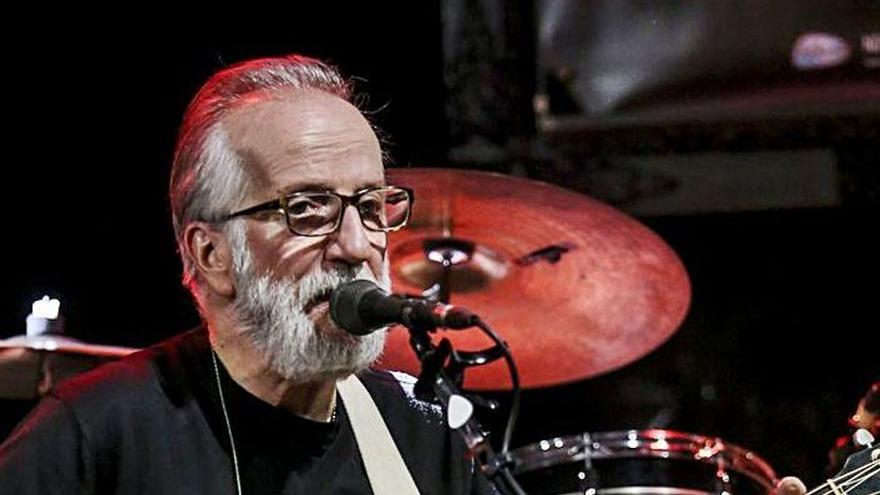 -On May 2, 1982 he went on stage for the first time. This May from Oviedo continues to sell out.

– I did not know, we are very excited about the good reception but the sold-out tickets I just figured out now for you.

–A tribute to the songs of Joaquín Sabina, which 95 percent are also ours because we have composed, produced or recorded them. So we pay tribute to Joaquín (Sabina) but also to that repertoire to which we are so close. And if we go a little further, it is a tribute to music and life.

-During the pandemic you ended up playing in private homes.

-Yes. I made a living for not stopping and it went quite well for me. Since we could not go to theaters we decided to go to small corners. I sang in gardens, in living rooms, in patios. There I used to go with my little team. It was to sing again in a small way, in the ears of the people.

– Like when you saw Javier Krahe and Joaquín Sabina in “La Mandragora” two meters away.

– (Hahaha) Within my limitations, I cannot compare myself to them. But it did resemble singing nearby, tell the stories of the songs.

– You speak of a repertoire that is part of our history, which part has survived better?

– I think that in general all that repertoire has survived quite well. The example is “Who has stolen the month of April?”, A song that I was practically dead and buried, with which you thought that nothing was going to happen and with the pandemic it has returned to give green shoots and has been heard by children and grandchildren of those who heard it in their day. It’s what a guy like Sabina’s repertoire has,

–The Asturian musician Jorge Otero says that Bob Dylan can die and that it doesn’t matter, that he and his repertoire are history.

–They are eternal. Every time I see a Dylan gig catch me close, pilgrim on his knees. The same thing happens with Joaquín. I hope neither of them will die soon but it is true that their music will remain forever. They are above good and evil. It is music that will last a long time, but, I insist, do not die. Several generations come to our concerts. It is not because I have been with Joaquín for 40 years, but the work we have done is fantastic, without us wanting it but we have made songs that last.

–And they have achieved it without singing well and without being virtuous instrumentalists.

-Certain. There are much better musicians, very good people who have stayed on the road. You never know why these things happen, we have been touched by that magic wand. It is wonderful . We are very lucky people.

-I am. But I’m not a chive grandpa who keeps saying the best are “Led Zeppelin” and “The Who.” Every day I try to fall in love musically with someone from this country.

“Who has he fallen in love with lately?”

– You are very up to date. Date very young people.

–Young and brave. Cala Vento, that makes me fall in love just like Led zeppelin They are very brave guys who make excellent music. They stood up with a guitar and a drums and said ‘we are already a group’, and they are.

–Already involved, what do you think of “El madrileño” by C Tangana?

-I like. It is a very daring and fun album and if music amuses me, it is already valid. Tangana could have done something more similar to what was expected of him but he got into the wolf’s mouth. And there are Drexler, Calamaro, Kiko Veneno, all of my generation, how could I not like it, it is a very well done album.

–Sell all the tickets, Dylan turns 80 and is still on tour and his Atleti has won the League.

-We had the Athletics. What more could you want. Winning titles every day must be boring, earning less is healthier.