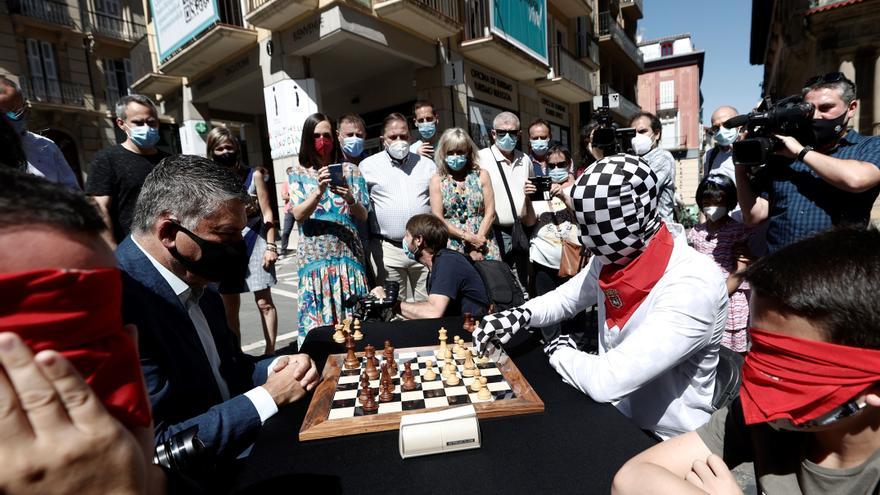 Pamplona, ​​Jul 06 (EFE) .- The Sanfermines mark a turning point every year in Pamplona. Citizens, companies and institutions organize their annual activity taking into account the “before” and “after” of the festivities, which completely transform the city for nine days. But this year, like last, it won’t be like that. Covid-19 is the culprit.

This July 6 is normally a big day in Pamplona. Thousands of people congregate in the Plaza del Ayuntamiento and surrounding streets and in the Plaza del Castillo and the Paseo Sarasate to see the launch of the party announcer live or on large television screens at noon.

None of that can be seen this Tuesday in the Navarran capital. There will be no chupinazo, nor a crowd waiting in the streets for the start of the festivities. There will be no bullfights, or running of the bulls, or concerts, because this year, as in 2020, the days from July 6 to 14 are absolutely normal days in Pamplona.

This is how the Pamplona City Council wants it. Covid-19 requires prudence and respect for health regulations. If a week ago Navarra was in a good situation of just 20 or 30 new cases a day and a positivity rate of less than 3%, this Monday more than 500 new cases have been reported and the rate is close to 28%. Most of the cases correspond to young people between the ages of 19 and 25 who return from Salou and nearby towns.

These figures invite you to have few festive joys. This year, the Pamplona City Council will not even display the large Sanfermines scarf that covered a large part of the façade of the town hall last year.

In addition, the police will carry out capacity controls, as last year, in the Plaza del Castillo and in the Plaza Consistorial and there will be special controls in the main streets, in which it is expected that there may be a greater influx of people, to evict them if necessary and in any case comply with health regulations.

Although, according to the reservations that bars and restaurants have, many people from Pamplona will comply on the morning of this July 6 with the tradition of having lunch before going to the chupinazo. Many of them will have lunch, but few will go to the town hall afterwards, where a “very restrictive” capacity has been announced and where, in addition, there will not really be anything special to see.

The mayor of Pamplona, ​​Enrique Maya, has asked the people of Pamplona that these days, and especially this July 6, stay in their neighborhoods instead of going to the Old Town to avoid crowds.

It has also asked visitors from other autonomous communities not to come to Pamplona from July 6 to 14 and to do so after those dates.

So the covid, one more year, has achieved what the epidemics of cholera and the so-called “Spanish” flu had not achieved in the past, which did not lead to the suspension of the Pamplona festivals. Only the wars of the XIX century and the Civil War of the XX could with the Sanfermines.

Therefore, the people of Pamplona continue singing a “Poor me”, which has already lasted for two years, with the hope that the festivities will return in 2022 with more force than ever. Javier Rodrigo