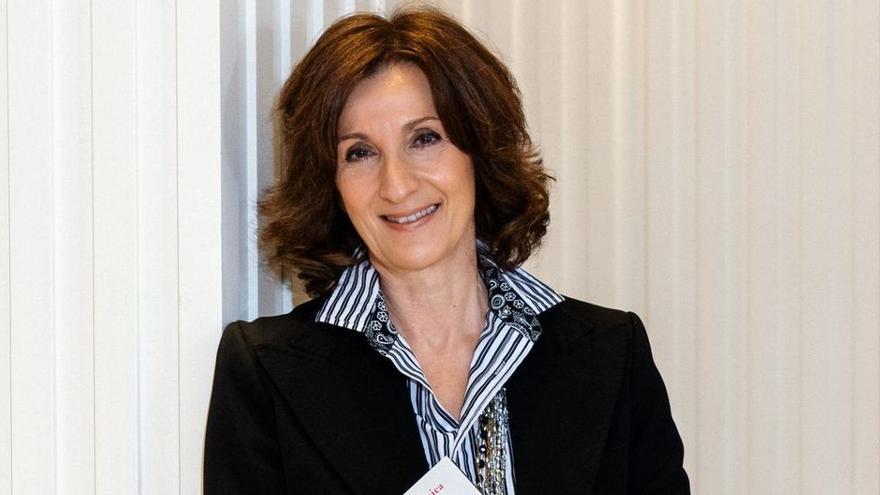 The Ali i Truc bookstore elche recovers this Friday its literary dinners. The protagonist of the event will be Paloma Sánchez-Garnica (Madrid, 1962)who arrives in the city of Elche with the endorsement of the last Planet Awardin which he was a finalist with his eighth novel, 'Last Days in Berlin'.

I imagine that the difficulties of pandemic They will make you enjoy meetings with readers more, like the one you have this Friday in Elche...

The hardest moment of the pandemic, the lockdown, caught me typing. We stopped going to many fairs but I have not suffered because I was in a period of retirement, which is convenient for writers. In November, both the boys from Carmen Mola like me, we were able to do the Premio Planeta tour normally because we still didn't have omicron. After arriving at Christmas Eve dinner, it did become 'The Squid Game'. The meetings with the readers are very enriching because you can feel their hunch and the curiosity of those who have not yet read. They make the novel that I have created in the solitude of my desk their own.

With your new book, 'Last Days in Berlin', do you feel that you have expanded the number of readers you are targeting?

With the previous book, 'Sofia's Suspicion', I already broadened the spectrum of readers a lot, quite a few men approached my story. Now I'm noticing it too. Entering the Premio Planeta seal is a promotion that allows you to reach a number of readers that would be unthinkable before. Yes, I have noticed a tremendous boost that has allowed me to reach places that I would not have reached otherwise.

Does being a finalist for the Planeta Award imply a greater responsibility?

My only ambition and responsibility is that each novel is better than the previous one. This trade is learned by acting and writing. I feel no other pressure now than to start a book that fascinates me, that hooks me with writing. That then has to be passed on to the readers, but I have to like it first. Prizes are not worth it here, each novel is a challenge for myself. I feel no more responsibility now than when I started my last two books. I just want them to be the best.

Last Days in Berlin starts on the day that Hitler was raised to power, what lessons does that historical period leave for the present?

Primo Levi already said that the Nazism it can happen again at any time and place. You can never lower your guard against this. As a society, we have been experiencing many decades of peace, beyond crises and pandemics. My generation and those that have come after have not experienced war situations. We think that the evils of the past cannot affect us, but we are never exempt from them. We are observing it in many parts of the world, where there are barbaric dictatorships.

Do you fear the polarization of discourse?

The rise of polarization tenses situations. I trust that society is now more read than eighty years ago, more critical and more difficult to manipulate. We are prepared to plant more face. What of the fake news It is not new, the eleven principles of Goebbels were already marked by this. The social networks they haven't invented anything. The Nazis were already making very cheap radios to enter the minds of all Germans and manipulate their thinking. And there was already censorship of the press and of opinions that were different.

how do you see the Ukraine conflict?

Putin wants one Russia powerful after the fall of the Berlin Wall and the Cold War. She thinks that Russia is no longer afraid of Russia and she wants it to be great and powerful again. She has launched a crack at a Europe that is in a situation of weakness due to the Brexit, the rise of populism and dependence on gas. There are mutual interests there because they also need Europe to sell. And then there is China's performance from behind, which brings us to this very difficult moment. Let's hope that everything stays in a mess, because it is a threat to our economy with the rise in energy prices.

This week the group Los Planetas said in an interview that if Lorca alive today, they would kill him again, do you share this vision?

It's an exaggeration, Lorca today would be praised. I think his death was involved, more than in political issues, in envy, personal resentments and failures in a convulsive moment. It was a blunder. Now we are in another time and a figure like Lorca would be very exalted, with justice.

What will your next project be?

I have it in mind. Now we have to settle it, start it and work on it. My ninth novel is in a nebula in my head and it will take shape.

Would you like another of your books to make it to television or the movies?

The Sonata of Silence has already become a series on Spanish Television and 'Sofia's Suspicion' will be made into a film within a year. That a producer buys the rights to one of my works means money for me and an impressive promotion. Bringing the novels to the screens makes readers because many are interested in the book at the time the series appears.