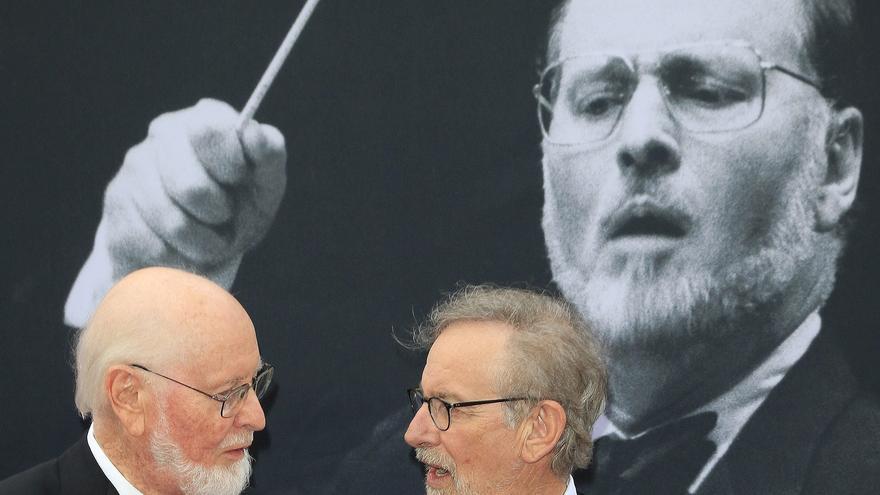 Barcelona, ​​Jun 15 (EFE) .- The composer and musician Marc Timón will conduct on June 21 at the Palau de la Música in Barcelona the world premiere of a work by John Williams, whom he admires since his youth and considers ” the Beethoven of the 20th century “.

At the premiere of “Prelude and Scherzo for Piano and Orchestra”, by Williams, Timón will conduct the Orquesta Sinfónica del Vallès (OSV) and, as soloist, the pianist Gloria Cheng, who, as the Catalan director recalled this Tuesday in the presentation of this musical appointment, “so many times he has worked hand in hand with Williams himself”.

At the symphonic evening “John Williams, forever” the popular soundtracks created by the North American composer for “Harry Potter, Jurassic Park, Schindler’s List, ET and Star Wars” will also be heard, as well as the absolute premiere of “The Beacon . Tribute to John Williams “by Timon himself.

Marc Timón recalled that, when he was twelve years old, he signed up for a sardanista cobla and that he did not like the sardanas that he played, but his mother forced him to continue: “When I turned 13 and my great-grandmother died, I decided to write a sardana in his memory in the style of John Williams, a play that was not released for twenty years ”

“My sardanas of youth – it has added – are small compositions inspired by this world of fantasy of John Williams, and when adding the strings and the winds of the symphony orchestra it supposes a return to the origins”.

Aware that not everyone will agree with his impression, Timón thinks that “beyond whether he is the best, that there is no one better at anything, John Williams is one of the great composers of the 20th century” and assures that “he is a Beethoven 20th century, for his work with the leitmotif, for his compositions “.

He assures that “the phenomenon of ‘Star Wars’ – he has also composed the soundtracks of the Indiana Jones series – has overshadowed his facet as a composer of classical music, which is scandalous, for chamber, a lot also for harp”; and in the end “an injustice has been committed to Williams, as also happened to Poulenc.”

On “Prelude and Scherzo for Piano and Orchestra”, Timón has specified that it has “character of ‘skerzo’, with a lot of bad temper but in a good way, and with a dialogue between piano and orchestra typical of an extremely talented composer”.

Timón had the opportunity to speak with Williams by conventional telephone, “because he has neither cell phones nor computers”, about the different parts of the work that will be premiered and that he played the piano from his home and was able to verify that it is “very demanding “.

He acknowledges that facing this premiere “would not be possible without the participation of Gloria Cheng, because technically she is very good and also has an incredible soul and is a professor at the university, someone charming.”

The Palau evening will also have a special connotation since it will also host the world premiere of one of his work “The Beacon. Tribute to John Williams” by Timón, invited composer of the Palau season, which with this concert closes a circle that began when the musician and director saw “ET” and fell in love with that music.

The trajectory of the Catalan musician, also graduated in journalism, and in composition from the ESMUC, made him jump from the cobla to film music and to settle in the United States.

Settled in Los Angeles for five years, the meeting with Gloria Cheng at a contemporary music concert in the Los Angeles capital led to the premiere that will now take place in Barcelona.

The other element that plays in favor in this case, according to Timón, is the Vallès Symphony, which has always had “a totally open attitude” to offer this concert.