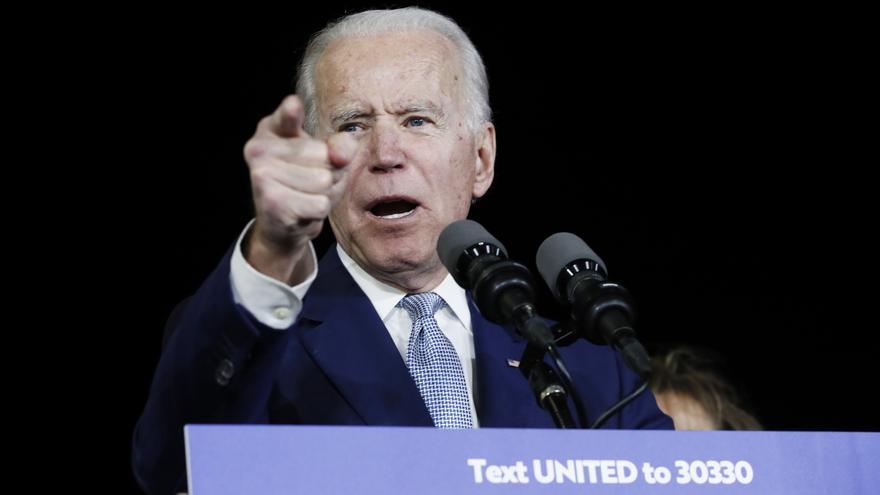 The Democratic presidential candidate, Joe Biden, published his statement to the Treasury last year on Tuesday, which reveals that he paid $ 300,000 in federal taxes, a figure that contrasts with the $ 750 that US President Donald Trump paid in 2016, when he won the elections.

Biden’s campaign published the former president’s tax documents hours before the first televised debate with Trump, embroiled in a new scandal after The New York Times revealed this Sunday that you have hardly paid taxes in recent years and that it faces debts worth hundreds of millions of dollars.

In a call with the press, the director of communication for the Democratic campaign, Kate Bedingfield, revealed the publication by Biden and his wife, Jill, of their tax return for the year 2019, so that until now 22-year-old statements have been released.

“This historic level of transparency seeks to give people faith in their leaders, who must take care of them and not seek their own benefit,” Bedingfield said.

The documents show that Biden and his wife, Jill, reported having an adjusted gross income of $ 985,233 and, as a result, paid $ 300,000 in federal taxes in 2019, a year in which the former vice president focused on his election campaign for the White House.

The Democratic vice presidential hopeful, Senator Kamala Harris, and her husband, Douglas Emhoff, also published their 2019 tax return on Tuesday, so that US citizens can now access the returns of their last 15 years to know how much they paid to the treasury.

Trump, who for years has refused to make his tax returns public, has called the information revealed by The New York Times “fake news”, but without giving details.

Specifically, according to the newspaper, Trump paid just $ 750 for federal income tax in 2016, when he won the election, and in his first year in the White House he disbursed the same amount of $ 750.

Tonight’s debate, the first of three that the two presidential candidates will have, will begin at 3 a.m. Peninsular time and will be held in the city of Cleveland, in the key state of Ohio.

This will be the first time that Trump and Biden will face each other since the presidential campaign began, which, added to the scarcity of face-to-face electoral events derived from the pandemic, has raised expectations for the debate.