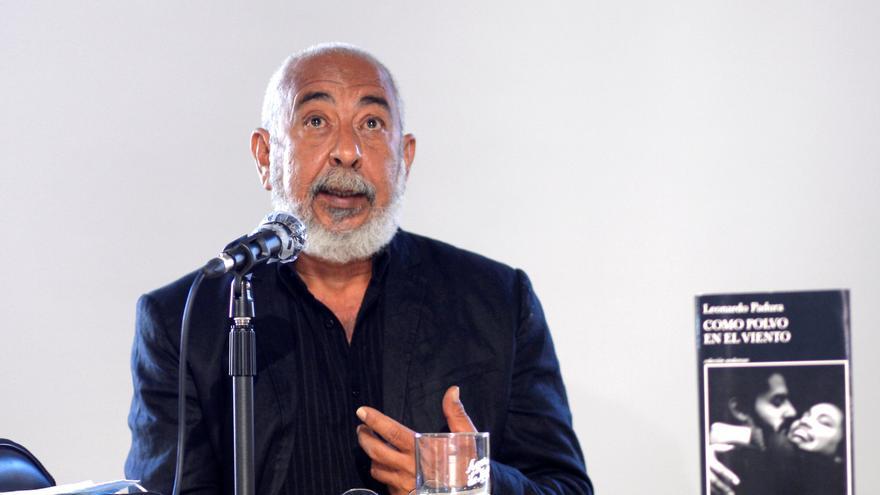 Havana, Jul 16 (EFE) .- Cuban writer Leonardo Padura described as “a scream” the massive anti-government demonstrations that took place on Sunday in his country, which demand responses not only material “but also of a political nature.”

Through a text published on the analysis portal “La Joven Cuba” and dated in his Havana neighborhood of Mantilla, the Princess of Asturias Award for Letters and possibly the most important contemporary writer on the island made known his position on the largest protest the Cuban Revolution has faced since 1959.

“It is necessary that solutions arrive, answers that should not only be of a material nature but also of a political nature, and thus an inclusive and better Cuba can address the reasons for this cry of despair and loss of hope that, in silence but with force, since before July 11, many of our compatriots had been giving those laments that were not heard and from whose rains these muds arose, “he says.

Padura does not rule out that the events have been encouraged by “a greater or lesser number of people opposed to the system, even paid some of them, with the intention of destabilizing the country and causing a situation of chaos and insecurity,” but he points out that this does not it removes “an iota of reason from the scream we have heard.”

“A cry that is also the result of the desperation of a society that is going through not only a long economic crisis and a specific health crisis, but also a crisis of confidence and a loss of expectations,” he continues.

The also academic of the Language believes that “to this desperate claim, the Cuban authorities should not respond with the usual slogans, repeated for years, and with the answers that those authorities want to hear.”

“What is imposed are the solutions that many citizens expect or demand, some demonstrating in the street, others giving their opinion on social networks and expressing their disappointment or disagreement, many counting the few and devalued pesos that they have in their impoverished pockets and many, many more, queuing in resigned silence for several hours in the sun or rain, “he says.

The author of “The man who loved dogs” argues that no one with “a minimum” feeling of belonging, sovereignty and civic responsibility “can want (or even believe) that the solution to these problems comes from any type of intervention foreign, much less of a military nature, as some have come to request, and which, it is also true, represents a threat that is still a possible scenario. ”

Remember that the embargo that the United States has maintained on the island for six decades “is real and it has become internationalized and intensified in recent years and is too heavy a burden for the Cuban economy.”

“And I don’t think anyone can deny that a media campaign has also been unleashed in which, even in the grossest ways, false information has been released that at the beginning and end only serves to diminish the credibility of its managers,” he says.

However, he points out that “Cubans need to regain hope and have a possible image of their future.”

“If hope is lost, the meaning of any humanist social project is lost. And hope is not recovered with force. It is rescued and nourished with those solutions and the changes and social dialogues, which, for not arriving, have caused , among many other devastating effects, the migratory anxieties of so many Cubans and now provoked the cry of despair (…) “, he argues.

Padura considers that the spontaneous way and without ties to any leadership with which “a notable number of people” demonstrated “should be a warning” and represents “an alarming sign of the distances that have been opened between the leading political spheres and the Street”.

“This is the only way to explain that what has happened has happened, especially in a country where almost everything is known when it wants to be known, as we all also know,” adds the author.

It also warns that “violent response, especially against non-violent ones,” or “solutions of force and darkness, such as imposing the digital blackout that has cut off the communications of many for days, cannot be used as a convincing argument.”

“Many things seem to be at stake today. Perhaps even if calm returns after the storm,” reflects Padura, who “as a Cuban who lives in Cuba and works and believes in Cuba” assumes his right to “think and express his opinion about the country.” in which he lives, works and believes.