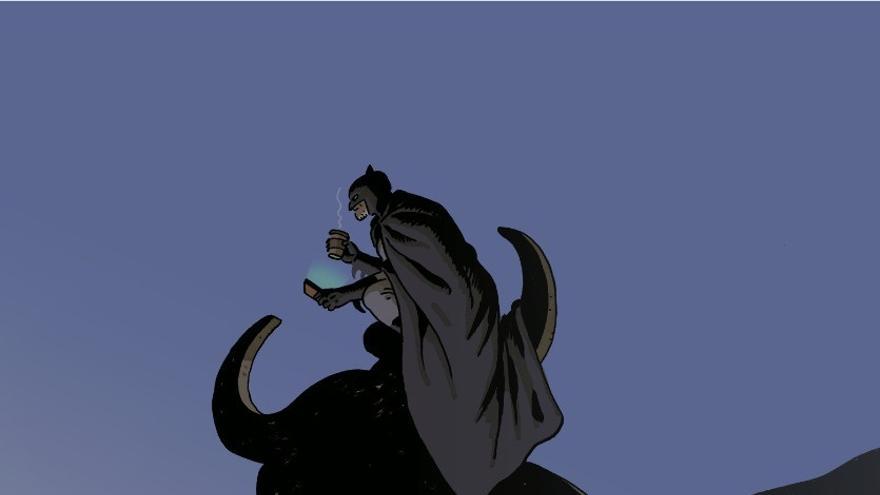 Madrid, May 26 (EFE) .- Mounted on an Osborne bull and observing the town of Benidorm, this is the image shown by DC Comics of one of the cartoons in history that the Valencian cartoonist Paco Roca has created for “Batman: The World “, a 184-page anthology featuring authors from 14 countries.

As reported today by DC Comic, this is the name of this anthology that will go on sale on September 14 in which the publisher has collected Batman stories made by top-level creative teams from around the world and that take place in their respective countries of origin.

Specifically, the story of the bat man “made in Spain” is made in its entirety (script and drawing) by Roca, who has told Efe that his plot takes place in Benidorm (Alicante), this town where the reader will not face a story of fight against some evil entity, but will know the “more human side” of Bruce Wayne.

“We were commissioned to different cartoonists from all over the world to make a story about Batman that happened in the country of each author, and I had to go to Spain and I didn’t really know what to do, so I took it to my homeland. and I have tried to bring the story to my field and give another more human vision of the character, “explained the cartoonist, National Comic Award winner, about this contribution that he cannot give more information about.

A story that, as he admits, was “difficult” to start as he did not “see” himself making a “super heroic” plot.

“Batman: The World” will be released simultaneously worldwide on Tuesday, September 14, 2021, four days before the celebration of “Batman Day”, which will take place on Saturday, September 18. And, specifically, this complete anthology will be translated for North America, France, Spain, Italy, Germany, the Czech Republic, Russia, Poland, Turkey, Mexico, Brazil, China, Korea and Japan.

“Batman has become a true icon of popular culture, known throughout the world,” explained the editor and chief creative officer of DC, Jim Lee, in a statement provided by DC Comic in which he adds that “Batman: The World “is DC’s way of showing fans everywhere that Batman” is more than a character, that Batman is a phenomenon that transcends languages ​​and borders. ”

As detailed by the publisher, “Batman: The World” will start with a story created by Brian Azzarello and Lee Bermejo, “Global City”, a plot where Batman reflects on all the time he has been in Gotham protecting the city and its inhabitants from all kinds of threats.

A story that marks the starting point of the entire series of stories from Batman’s past and present that are told by, in addition to Roca, the French Mathieu Gabella and Thierry Martin, the Italians Alessandro Bilotta and Nicola Mari, the Germans Benjamin von Eckartsberg and Thomas von Kummant, or the Czechs Stepan Kopriva and Michael Suchánek.

Each international edition of “Batman: The World” will also have its own cover, created by the local creative team.