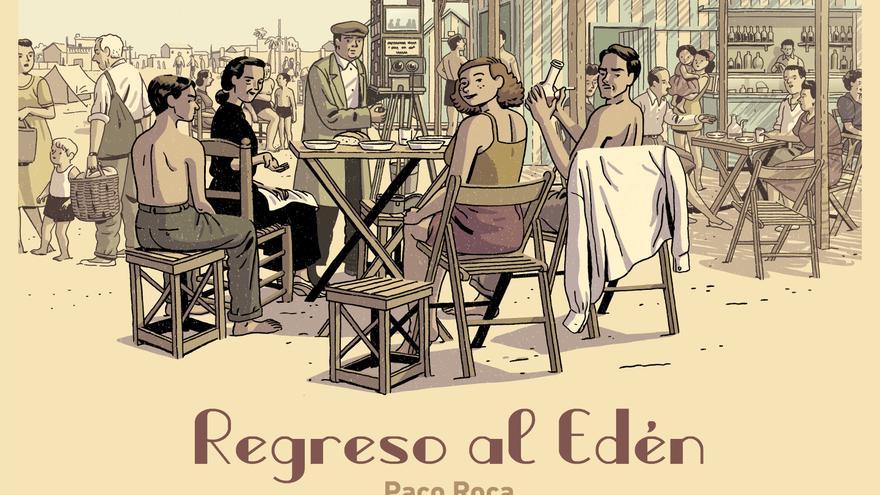 Barcelona, ​​Mar 25 (EFE) .- The family story of “Regreso al Edén” by Paco Roca has won the prize for the best national work 2020 from the critics association ACDCómic, which has chosen Nadia Hafid, creator of “El buen father “, another immersion in non-fiction, as the revelation author of a” rare “year for the sector due to the pandemic.

The stories focused on the closest environment, that of the family, have been the true winners of this third edition of the ACDCómic awards since both the work of the Valencian Paco Roca (1969) and that of the young Barcelona-born Hafid (Terrassa, Barcelona , 1990) immerse themselves in personal memories to build the narrative.

The ACDCómic awards were announced this Thursday in a telematic event, with the presence of the two winners, in which the president of the entity, Elena Masarah, recalled that its objective is to contribute to the recognition of authors, ” the most important link in the comic creation chain “.

This is the case of Paco Roca, one of the most prolific and recognized creators on the Spanish scene, who, after the award-winning “Wrinkles” and “La casa”, returns in “Return to Eden” to open the door to personal memory in a story now centered on his mother.

“This award is a double joy, it is a very special comic for me because of the subject it deals with; because the protagonist is, in a certain way, my mother, that makes me even more excited. She is 89 years old, her head is very good, and it is an illusion to be able to share it with her “, pointed out Roca, who recalled that his father, to whom the previous one,” La casa “was dedicated, could not enjoy the success of the book because he died before publication.

The cartoonist, 2008 National Comic Prize winner, considers that these works serve as a tribute and “give voice” to a generation of Spaniards who “never had any recognition for how much they went through in those years of so much misery, people who will not appear in the history books, because his epic and his combat was to survive “.

In this sense, both Roca and Hafid coincide in pointing out that the non-fiction genre is not a passing fad in the comic, “but a necessity to be able to tell the most intimate stories” -in the words of the cartoonist-, a formula that It has come to stay, as is common in media such as cinema or literature.

“They focus on small stories that, a priori, seemed that they did not deserve to be told, but that deep down are a reflection of society, looking to the past to see where we are going, to try not to make the same mistakes,” says the author, “super happy” for an award that comes to her in a year in which authors have been more locked in their homes due to the pandemic, unable to relate to readers or bookstores.

In “Regreso al Edén” (Astiberri), critics have highlighted “his ability to address both family memory and the collective memory of an entire country, through a complete mastery of the language of the comic.”

In the case of the work of Nadia Hafid -which was competing for the award with Irene Márquez, Don Rogelio J, Andrés Tena and Gabri Molist- the ACDCómic highlights “its experimental and disruptive graphics, the treatment of spaces” and “the reinvention of the autobiographical genre “, in a career forged in fanzines, and which has allowed her to establish herself in 2020 in her first long work.

The president of ACDCómic has remarked that at the present time, these awards and their spirit “are more necessary” than ever due to the lack of events, halls, fairs or presentations, and due to the delay that has occurred in the publication of many news , which have affected the operation “of an already precarious sector.”

However, Elena Masarah has insisted that “despite the difficulties” the harvest of the year has been excellent “in terms of the quality of the published works, both the translations of foreign material and those published by Spanish authors.

The winners of the ACDCómic awards will participate in a free publication that the association publishes and distributes in bookstores and libraries.

This is the third edition of the ACDCómic awards – in 2019, Max won, for “Rey Carbón” and María Medem (emerging author) and in 2020 Pep Brocal, with “Inframundo” and Aroha Travé (emerging author) -, a non-profit association established in 2012 that brings together representatives of the journalistic and informative sector related to the world of cartoons.