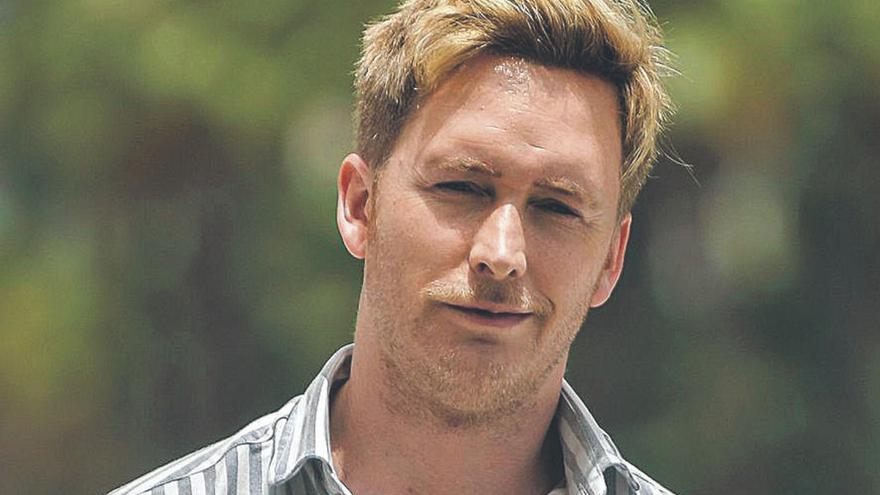 The title of her third novel suggests that the topic at hand is that of influencers. It’s true?

Well, the starting point is a 14-year-old girl who dreams of being famous on social networks and who goes on a mysterious date in a shopping center and, a few days later, appears dismembered. For this novel I have done an investigation and I have verified that many crimes in which women or minors have been raped or killed, there has been a previous search, and that movement is done through social networks.

Is it, then, a warning about the danger of exposing our lives in such a joyous way?

There is something of that because through social networks we give a lot of information, where we are, who our friends are, where we go on vacation, which cafeteria I go to eat, etc. So we are not safe from any unscrupulous may obsess over us and follow us up. But, on the other hand, I did a lot of research on the deep web, on the deep web, which is a market where you can buy absolutely everything. And through virtual money, although with a lot of money. There I discovered that there is snuff movie traffic, which suited me very well for the story. In fact, there is a well-known case of a New York billionaire, Jeffrey Epstein, who died in prison, who was related to the English monarchy and who trafficked with teenagers, they had an entourage behind in all that sense.

The starting point is, therefore, the vulnerability of innocence and the dangers that it entails in this society.

I liked to make that moral of how fourteen-year-old girls have that innocence and how they dream of advertising products from advertising agencies because that means that they are successful and they do not realize that they become the product and, In the end, his publications are a catalog for that type of people. But the plot is much more complex although this is the starting point. The problem is that, although you are exposed, you never know who sees you. These girls know that they work for a market, but they cannot imagine the evil or moral perversion of the one on the other side, that you never know who he is. But not just because they are girls. There are a lot of grown women who are cheated on by those professional scammers who pose as Romeos and make them fall in love with them and then take money from them. The identity theft that occurs in the book is the order of the day.

It is said that one in ten people has a mental disorder that may even be psychopathy.

Psychopathy is also present in the book, but there is also a lot of moral perversion. The people with a lot of money who can afford to buy that girl, take a fancy to that minor because they act with impunity.

The title has all the scent of the new Scandinavian detective novels. Has Larsson inspired you?

Certainly, in the end the title takes you a bit to that reference. And that could certainly be the first, in the sense that it has something of that mystery novel tradition. Also because it is about a protagonist who is immersed in a very bizarre plot and this takes place in Bilbao, in the Iberdrola Tower, which is where the advertising agency where he works is located. But, later, this protagonist is invited to the 30th anniversary of the advertising agency where the most powerful people in the country go. And that anniversary could be a bit like the mansion in which the entire family of the Larsson saga is located. And here too there are complex relationships. In that, he does connect a lot with those authors.

And what other influences would you highlight in the novel?

Well, there is a lot of cinema, and a lot of real events and a lot of imagination. In the end I always try to make the book that I would like to read. And that’s why I try to mix and, above all, let my imagination fly. and that, from points that I investigate and I know that they are real, and that scare me, I build a reality that does not sound so familiar to you, that keeps you in suspense and that no matter how much you discover those references, in the end there are many things that you do not expect. Get out of the ordinary a bit.

And that is what, ultimately, the reader is looking for in good literature.

True, do not expect what is going to happen. The good thing is that the novels are alive and feed back: And who likes one, buys the other two that I have published. I know this from what I read on social media.

Do you think The Girls Who Dreamed of Being Seen is your best novel yet?

My editor and many people tell me yes, but that goes with taste. The three that I have published have a very similar style, but they are very different. Thus, for example, the first, I will not be afraid again, has many followers because it is the most alternative, the most radical, the saddest, because in the end it is patricide and it is very real. And because it is the least effective. And that, let’s say, is a book that hurts you, although it also has intrigue and so on. Penances is like chocolate because everything works very well and that is the most surprising. It is the one that you start the book and you cannot imagine how it will end. And whoever likes that type of writing a lot, because they value it more especially. But the latter is the most novel. The one with the most details, the most bizarre and the most beast and animal.

Did the stoppage of the pandemic allow you to better outline it?

It allowed me to have time to develop everything well, which in the end is the most difficult. But during all that time I tried to take advantage of the difficult times by pouring a little all the tension and frustration that I felt in the novel, being able to develop this story that in a normal time would have taken me longer and I would have been more distracted. I was left with the positive side that was to be focused and work more disciplined. In the end, if you look at it from another point of view, you can always get something positive out of everything.

At what point is the series Cuéntame?

Now we start recording at the end of August. We are already in the year 92 or 93, I think.

Do you have new film or theater projects?

I have a play that I’ll start rehearsing in January or February, but it hasn’t come out yet and I can’t add more. But I can tell you that it is also a half-thriller work and I am with two actors with whom I have already worked and who I love very much.

Which professional challenge, of all in which you have been involved, has satisfied you the most?

Books, of course, and in theater the first boom was my first play with Tomaž Pandur called The Fall of the Gods at the Spanish Theater, with Belén Rueda, as a tribute to Visconti. And that was like splendor because it was very visual and made a wonderful character.