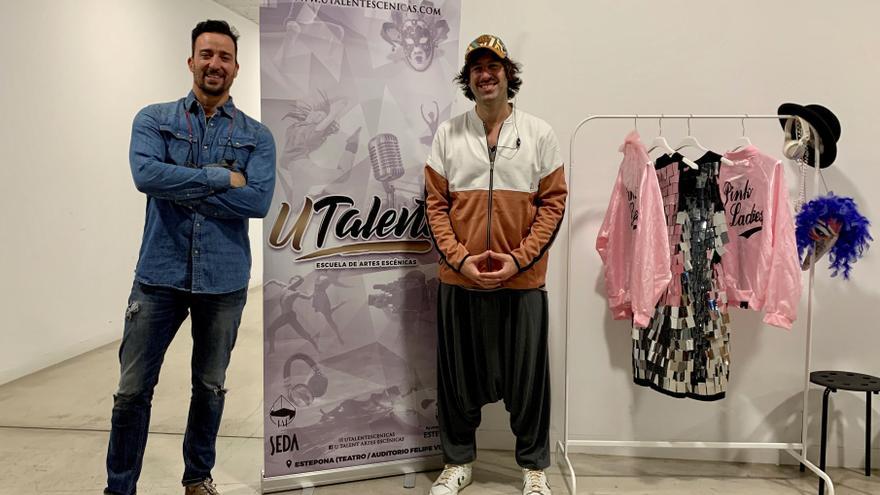 Marbella (Málaga), Jan 2 (EFE) .- They say that no one is a prophet in his land but Pablo Puyol, the Malaga actor who one day gave “A step forward” on the small screen, has established himself as an all-terrain artist capable of singing , dance, act and even replace Antonio Banderas in the musical “A Chorus Line”, with whom he considers a “great luxury” to work.

Puyol has gone from fiction from being an outstanding student at the School of Performing Arts of the popular television series with which he rose to fame, to becoming in real life the head of studies at the recently inaugurated School of Performing Arts Utalent de Estepona (Malaga), where these days he has given an intensive interpreting course after finishing the filming of “Two cows and a donkey”.

When the predecessor of Utalent, Tito Almazán, proposed to collaborate with the school, it seemed “crazy as things were,” yet he did not hesitate to join this project since it was something that “he had wanted for a long time. “, explains the Malaga actor.

LEARN AND ENJOY ABOUT THE STAGE

Their only condition to embark on this initiative was that it be developed with “the affection that a performing arts school deserves” and that its objective was to “teach through fun”, putting learning and enjoyment “before eagerness. to succeed at all costs “so present in today’s society.

In this sense, when asked what he would like to convey to those who come to his classes, he blushes, and assures that after 27 years in this profession he can offer tips and “tricks” learned after working with the best, but also with the worst , and spending many hours on stage or in front of the camera; in short: “the experience of the work done”.

But above all, what I would like is to show those who are new to the world of musical interpretation the path of “values”, especially the “teamwork”, fundamental in a time when “what sells is individualism “and stand out at any price, even if it is” trampling the one next to you, “he says.

He emphasizes that dedicating himself to the performing arts is anything but simple and requires endless hours of work and preparation in which you have to be very professional -he assures-, be prepared to be told “no” hundreds of times without giving up. I try and be aware that everything related to art requires “effort, work and dedication” but also, “a lot of passion”, he adds.

Likewise, he insists on the importance of having in Estepona an “artistic nucleus” dedicated to the musical – from which both Malaga and Cádiz benefit – in which different disciplines are addressed – such as singing, dance or interpretation – and most importantly, “with all the guarantees” of being able to count on professionals such as Tatiana Yébenes (dance), Teresa Ferrer (singing) or Tito Almazán himself (DJ).

A DREAM TO ROLL “IN TIMES THAT RUNNING”

Puyol has just finished filming in Cantabria the last work in Spain by director Jesús del Cerro, “Dos vacas y una burra” -a “neorrural” comedy that narrates the adventures of two urbanites who travel to the town of their grandparents and in which He shares the cast, among others, with his partner in “Un paso ahead” Miguel Ángel Muñoz, and the Mexican actress Esmeralda Pimentel.

The actor, who is delighted to star in a film that he believes “is going to like it a lot” and that will be on the bill after the summer, considers it “a dream” to have been able to work on “a project as beautiful as this” and “in the times who run “since, at first, they came to think that it could not be shot.

Among the pending projects is the musical in which he has replaced Antonio Banderas, also from Malaga, “A Chorus Line”, and whose tour was interrupted as a result of the pandemic but that once the much “desired” normality arrives, it will return to the Spanish stages, first in Madrid and then in London and New York.

For Puyol, working with Banderas has been a “great luxury in all aspects”, both humanly and professionally – he says admiringly – since he is an actor who gives off “a brutal vital energy”, very passionate about what he does, that when he gets on stage he “fills it” with his presence and also, he is a “generous” person who always tries to “help” others, he concludes.