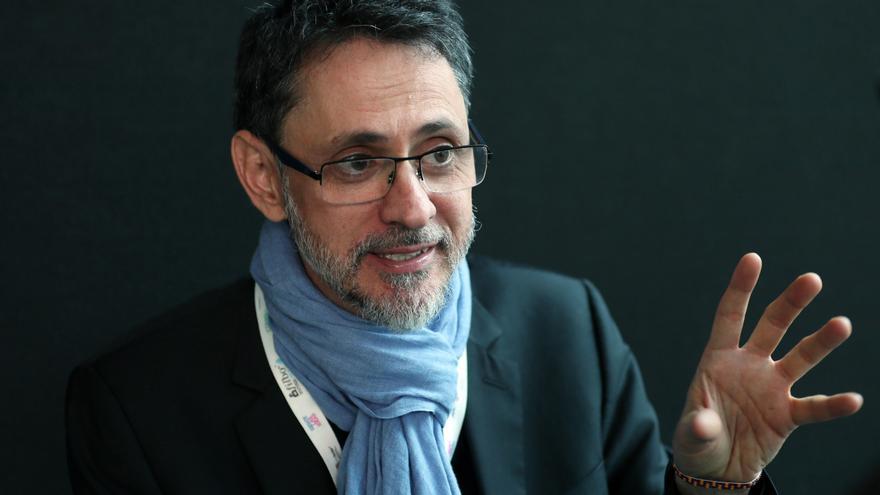 Bogotá, Mar 4 (EFE) .- The voices of thousands of people buried in some corner of Colombia, with no name on the tombstone, resonate more than ever lately. Voices such as those of the 6,402 "false positives" and also those of the disappeared in popular communes of Medellín that the writer Pablo Montoya rescued in his new book.

"I am scorched earth. In my blood, embers without respite. The brawls resound in me as if I were the extension of a reparation never consummated. My name is Ofelia María Cifuentes and I am in La Escombrera", says one of those voices that Montoya collects fictionally in "The Shadow of Orion" (Penguin Random House).

In it he recounts the life of commune 13, a neighborhood of Medellín where Orión took place in 2002, a military operation that served to "pacify" and expel the armed militias, but unleashed extrajudicial executions and led to the "legalization" of paramilitarism. .

"In Medellín there is a mass grave, which is like a blind spot where the country's situation is reflected in some way in relation to forced disappearance because it is an urban mass grave that some say is the largest in Colombia and even from Latin America, "explains Montoya in an interview with Efe.

That grave is La Escombrera, the central axis of the book, a dump at the top of one of the hills of the city where tens (or thousands) of corpses were allegedly dumped, especially after the arrival of the paramilitaries and the cleaning they did of Anyone with ties to the guerrillas or the militias.

The Special Jurisdiction for Peace (JEP) estimates that in Medellín there were 435 forced disappearances between 1978 and 2016, of which 126 occurred after Operation Orion, but family members' organizations assure that there are almost a thousand disappeared.

"The country has perverse mechanics and it is that despite the fact that these things exist, impunity continues, judicial processes are not established," criticizes Montoya, winner in 2015 of the Rómulo Gallegos novel prize, who in his book deals with all the edges of a complex problem such as disappearance in Colombia.

Montoya believes that violence "is a phenomenon that is deeply linked to the creation of the country" and to the distribution of the land, but there are moments in history where it is tragically portrayed, such as the taking of the Palace of Justice by the guerrillas of the M -19 in 1985 that left 94 dead and 11 missing or the extermination of the political party Unión Patriótica (UP).

There are also all the cases of disappeared, which are estimated at 100,000, and the "false positives", the executions of young people at the hands of the military, especially from poor neighborhoods, to be presented as guerrillas killed in combat.

The publication of the book coincided with the announcement by the JEP that the number of "false positives" is three times higher than what they considered in one of their macro cases: 6,402.

The novel's protagonist, Pedro Cadavid, a kind of Montoya alter ego, returns to his native Medellín in 2002 just when Operation Orion takes place to teach at the university and write a book.

There he meets Alma, a student who lives in La Comuna and who begins to immerse him in the realities of a neighborhood ignored by the authorities, under the power of many militias with links to the ELN and FARC guerrillas and where drug trafficking arrives. like a "great snowfall" from the hand of the "Magician", alias with which the author identifies Pablo Escobar, to "muddy" everything.

The protagonist begins to be interested in the characters of the Commune, the "madman" who collects the sounds of the souls that inhabit La Escombrera, the musicians who put sound to the nights where the shots are the protagonists or the cartographer who try to study a forgotten area. And the dead begin to weigh on him, so much so that he ends up "sick with violence."

"The novel is a descent into hell", explains Montoya, a journey to the darkest bowels of a city that is currently sold as "a phoenix", but which hides a tremendously violent past.

The book, the sixth published novel by the author of "The Defeated" or "Triptych of Infamy", "also proposes a solution or a hopeful voice", a "reconciliation" with this city at a very high price.

MEDELLÍN, A CITY WITH BURNED BOWLS

"Medellín went through a very hard time, which I record in the novel, the city's entrails burned," the author qualifies. But now it is being sold as "a miracle" that left the dark days of Escobar and the guerrillas behind.

Currently the setting for the novel, "La comuna", is "a pacified community guarded by paramilitary groups, without a doubt, because paramilitarism was legalized in Medellín," asserts Montoya, who blames the businessmen, the authorities and the society that "approved that model of private security that we have in this city."

Operation Orion was a highly applauded military feat, but which the author re-signifies as "a dirty, vile operation, completely aggressive against the citizens, especially those of these popular sectors."

The cost, the final price that Montoya talks about, is the dead. Tulio Andrés Acevedo, Hermenegildo Octavio Mejía or Carlos Emilio González, as Montoya calls them, young people and even children who "were not guerrillas, nor militiamen, nor paramilitaries, nor drug traffickers, nor members of criminal gangs, nor policemen, nor soldiers."

"They were humble people who fell into the magma of confrontations", as he writes in "The shadow of Orion".

Victims of "a sick country that has settled down to the disease", an "anomalous country" that "has become accustomed to that gross and fatal impunity."

"A democracy that is founded on more than 100,000 disappeared, on 6,000 false positives, on various political exterminations is a completely failed democracy, it seems to me," underlines, pessimistically, the writer, who has no shortage of adjectives to nickname your country: "ill-fated", "anomalous", "sick", "amnesiac" ...

"I don't know how we are going to do as a society to solve this problem of enforced disappearance," he comments in frustration.

Convert La Escombrera into a cemetery? And also the Magdalena river? And the Cauca river? Convert all these mass graves into places of worship and homage? Or perhaps do "a collective rite" that calls for healing as the protagonist does in the book? He asks himself and proposes.

But for the author, what "is fundamental is that as a community we do an exhumation, I don't know if it is ritual or symbolic because we cannot continue with those dead."