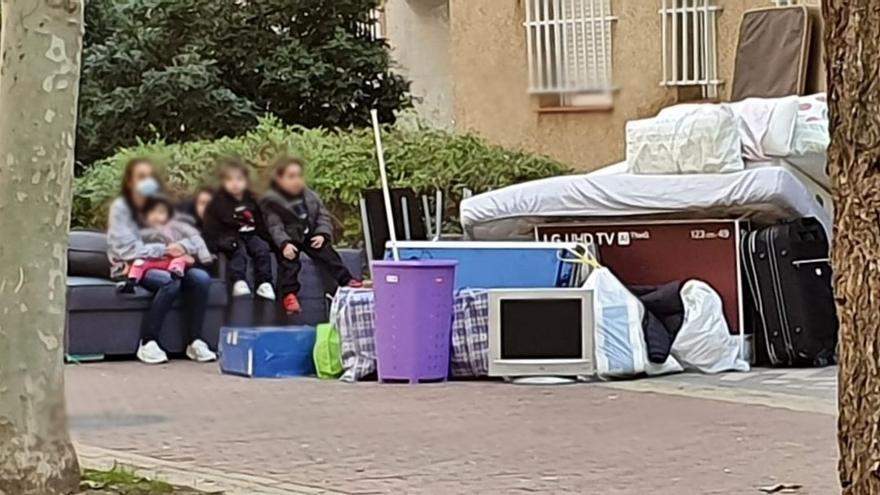 The upturn in evictions in Spain that is accompanying the second wave of the pandemic has led United We to move forward. The second vice president, Pablo Iglesias, is pressing for the Executive to approve a new moratorium that would freeze most of the launches that are taking place as a result of the economic crisis caused by the measures approved to try to stop the expansion of the coronavirus. The proposal of the minority partner of the Government, which is already on the table of the PSOE, passes through approving a moratorium on launches without a housing alternative for mortgage defaults. In the case of rentals, they are also frozen as long as “the owner of the apartment is not a person in a vulnerable situation,” explain sources from the Vice Presidency of Social Rights to elDiario.es.

Every day there are 250 evictions in Spain, according to the calculations made by the Platform for People Affected by the Mortgage. The PAH denounced this Wednesday, together with other groups for the right to housing, that the two decrees approved by the coalition government are insufficient since they only contemplate the moratorium on launches caused by a situation of vulnerability as a result of the pandemic. If the vulnerability was prior, the decrees do not apply.

The situation has begun to be serious, as Unidos Podemos has been warning in recent months. Already during the initial negotiation of the moratorium, when the first state of alarm was decreed, there was a fierce struggle among the coalition partners over the scope of the measure. Then, those of Pablo Iglesias accepted a proposal that they considered decaffeinated due to the risk that nothing would be approved. The fight began again during the negotiation of the extension of the moratorium, what was left as it was.

But the reactivation of the confinement measures and the perspective that the economic and social crisis coupled with the economic stoppage may be prolonged and its effects widen has led United We can to put back on the table an issue that is in the DNA of training Many of whose members, and some of its leaders, come precisely from the PAH. This is the case of the Minister of Equality, Irene Montero, or the co-spokesperson of Podemos, Rafael Mayoral.

This same Monday Mayoral and the other co-spokesperson of the party, Isa Serra, demanded “courage” from the Government in a press conference. In addition, they challenged the large owners (including banks, vulture funds, or the State, through Sareb) to stop the evictions while the pandemic persists.

At that press conference, Serra mentioned the eviction that took place in the Madrid neighborhood of Carabanchel, which left a family on the street just when the curfew came into force. United We can denounce the incongruity of evicting without a housing alternative while urging people to stay at home.

The eviction of this family had a great impact on social networks and reached Congress, where the Minister of Transport and Housing, José Luis Ábalos, said he was “shocked” because “in theory, he does not have to consider any because we suspended them during the state alarm “. The eviction took place in a house owned by the public entity Sareb. And it’s not the only one in the last few weeks.

The decree, however, did not cover that eviction. Not so many others. For this reason, they say from United We Can, the Vice Presidency for Social Rights is pressing for the Government to effectively prohibit them. This same week, the Secretary of State for the 2030 Agenda and one of the main negotiators on housing, Ione Belarra, assured in an interview in Information that “the Government must take measures” and that must “do it urgently”.

From the Vice Presidency they recall that “evictions are currently prohibited until January 31, only for those people who are in a situation of vulnerability due to COVID-19.”

But the prolongation of economic problems is exacerbating previous situations of precariousness, which cannot be justified only in the pandemic. “In recent weeks, many evictions of families that were already in a vulnerable situation have been carried out. We have seen dozens of evictions in recent weeks, some of them very serious with children,” added the same sources.

The detail of the proposal indicates that all evictions due to non-payment of mortgages are prohibited as long as the affected family has no alternative housing. In addition, it is proposed to freeze “evictions due to non-payment of rent or the end of the rental contract”, as long as the owner of the apartment is not a person in a vulnerable situation. Also, the same sources report, it would apply to “those families that are in precarious conditions, with no alternative housing, and live in the flats of large homeowners such as funds or banks.”

In addition, the United We can proposal calls for basic supplies (electricity, water, gas) not to be cut off during the state of alarm. “It makes no sense to ask people to wash their hands permanently and that supply cuts are taking place. For a home to be considered decent, supplies have to be guaranteed,” conclude the government sources consulted by elDiario.es.