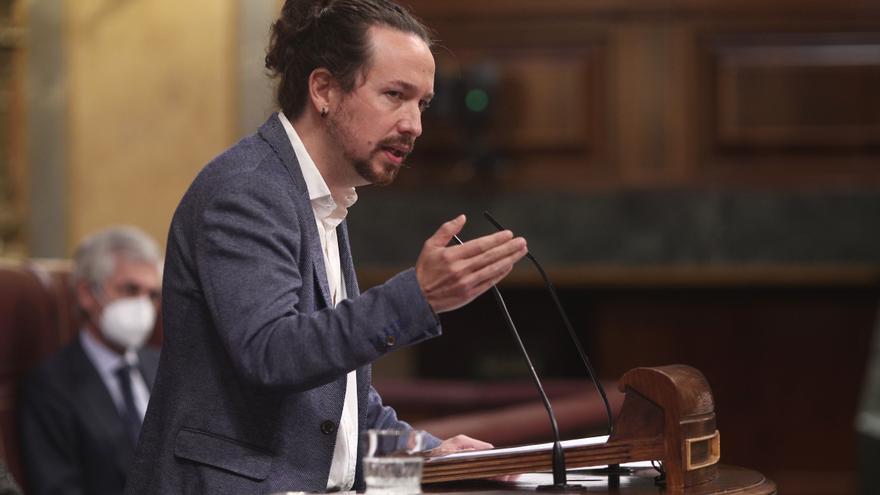 The second Vice Presidency of the Government led by Pablo Iglesias has made an appeal this Thursday to the Community of Madrid to urgently request the help of the Military Emergency Unit (UME) so that it can intervene in the Cañada Real, where thousands of families They have been without electricity for more than 90 days, a situation that has been aggravated by the snowfall of the last hours that will continue in the coming days.

Specifically, the UME could provide the generators that would supply electricity to the thousands of families in Cañada Real who are without electricity during the cold wave that looms in Madrid.

After several days of conversations with the Government delegate in Madrid and with the Ministry of the Interior, the Second Vice Presidency has come to the conclusion that this is the only way to prevent the inhabitants of La Cañada from experiencing this historic cold wave without electricity supply, they say from the department headed by Pablo Iglesias.

For the necessary intervention of the Ministry of Defense, which would be carried out through the UME, it is necessary for the regional government chaired by Isabel Díaz Ayuso to formally request it, they say from the Government. For this reason, before the imminent arrival of more snowfalls, from the Second Vice Presidency the Madrid leaders are urged not to “wait another minute”.

Naturgy assures that he has not cut the power

The Naturby company has insisted that it is not responsible for the power outages that residents of Cañada Real Galiana have suffered for three months, cuts attributed to overloads of more than 70 percent, while offering themselves for a meeting with the residents. political leaders and urgent intervention to solve the problem.

This has been indicated by the electricity company in a letter addressed to the president of the Community, Isabel Díaz Ayuso; the government delegate in Madrid, José Manuel Franco; and the mayors of Madrid and Rivas, José Luis Martínez-Almeida and Pedro del Cura; with a copy to the fourth vice president of the Government and minister for the Ecological Transition, Teresa Ribera; the Ombudsman, Francisco Miguel Fernández Marugán; and the High Commissioner for the fight against child poverty, Ernesto Gasco.

In the letter, Naturgy assures that they are aware of the social problems existing in sectors V and VI of La Cañada Real and that all this occurs at a time of especially adverse weather conditions. “However, we have observed with concern how in certain sectors of public opinion Naturgy, and its electricity distribution company UFD, have been identified as responsible for the situation, so I have considered it necessary to write these lines and make myself available to them “, they point.