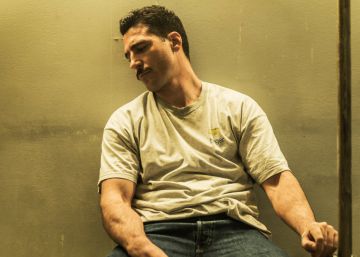 The cinema has stepped on very high peaks talking about something as gloomy and intolerable as the death penalty and life imprisonment. Truman Capote wrote a shocking masterpiece on the subject, although in its elaboration very twisted things occurred in the relationship between the murky Capote and the two murderers. And there are the excellent movies Cold-blooded Y Cloak. OR He executioner, That is probably the coolest thing Spanish cinema has given birth. And the prison raids Darabont made in Life imprisonment Y The green Mile.

There is no fiction in the hard story of In the corridor of the death, publicized with excess of enthusiasm by Movistar. What counts has been and is terribly real. The story of a man who has been chirping for twenty-five years, many of them feeling in the neck the breath of the grim reaper and the rest commuted by that sentence so civilized and pious life imprisonment. And the problem is that it is not clear that anyone will be charged. His girlfriend swore that the night of the triple murder he was accused of was sleeping with her. The only conclusive evidence for the jury is that the image captured by the blurry video of the slaughterhouse's face bore a certain resemblance to Pablo Ibar, which is the name of the lord condemned to earthly hell. He was not rich or famous. He did not have the lawyers who released the criminal O. J. Simpson.

The subject is strong, but as it is narrated it does not provoke me emotional involvement. I watch and listen to the series without dislike, but neither more nor cold nor heat. What I like most is the interpretation of Marisé Álvarez giving life and anguish to the woman of the prisoner. And I'm very curious to see the documentary about Pablo Ibar to which the disturbing Martín Cuenca has dedicated so much time.