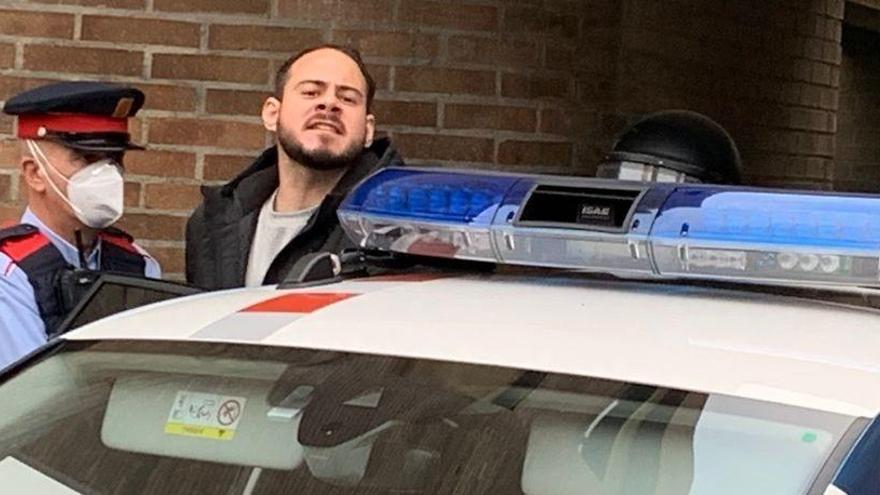 Rapper Pablo Hasél is a singer particularly known for some themes whose lyrics border the limits of freedom of expression, which has led him, together with his messages on social networks, to be tried and convicted for crimes of glorification of terrorism and insults to the Crown.

Convictions that, at the same time, have led him to be considered among many musicians, writers, actors or politicians as a champion of the right to express oneself freely and they have opened the debate on whether crimes related to opinion should carry prison sentences, to the point that, coinciding with their case, the Government has announced a reform of the Penal Code.

A reform that Amnesty International (AI) has also called for, which considers “unfair and disproportionate” the imprisonment of Pablo Hasél and that he has launched a campaign with the ragman C. Tangana to modify the Penal Code and in favor of freedom of expression.

Among the supports received are also those of politicians from United We Can, such as its leader, Pablo Iglesias, and the mayoress of Barcelona, Ada Colau, while the leader of Ciudadanos, Inés Arrimadas, has opposed any measure of grace for the controversial rapper.

Pablo Hasél is the stage name of Pablo Rivadulla Duró, born in 1988 in Lleida and son of businessman Ignacio Rivadulla, who became president of the football club Unió Esportiva Lleida.

Since he was a child he was interested in the world of rap until, at age 17, he decided to publish his first studio work, the EP ‘This is not paradise’ (2005) which was followed by ‘Fear and disgust in Ilerda’ (2007), later reissued with the title ‘Ilerda rima with shit ‘, and a few months later his first demo,’ Tripolar Disorder ‘.

Since then, Pablo Hasél has published more than fifty models, single tracks and collaborations. With Ciniko he collaborated on the themes ‘Rabia’ (2007), ‘Request for absolution’ (2015) and ‘Against fascism’ (2019); with Los Chikos del Maíz I participate in ‘The children of Iván Drago’ (2010), and with RPG-7 in ‘Pásate’ (2012), among others.

Of communist and anti-fascist ideology, its themes affect the recovery of the political and social conscience of the popular classes and charge directly and with extreme harshness, up to the point of insult, against the monarchy, political parties, capitalism, banks, the church or the forces police.

Titles like ‘Death to the Bourbons’, ‘Juan Carlos el Bobón’, ‘Mariano Rajoy Brey (The idiot arm of the law)’ or ‘Demomafia’ they are fully indicative of the letters they contain.

In October 2011 Hasél was arrested in Lleida for praising in his song ‘Democracy your fucking mother’ to the former secretary general of the PCE (r), Manuel Pérez Martínez (Comrade Arenas), sentenced to 17 years in prison for belonging to the terrorist gang GRAPO.

In 2014 the National Court sentenced him to two years in prison for a crime of glorifying terrorism for spreading videos through the social network YouTube encouraging against representatives of the PP and PSOE, and praising the terrorist gangs GRAPO, ETA, Terra Lliure, Faction of the Red Army (RAF) and Al Qaeda, although they did not enter prison.

He was tried again in 2018 for the same crime of exaltation and another of insults to the Crown and the security forces for various messages on Twitter. At first, he was sentenced to two years in prison, but on appeal the Court reduced the sentence to nine months, a sentence that was ratified last June by the Supreme court.

It is this sentence that has finally led Pablo Hasél to be arrested this Tuesday in the Rector’s Office of the University of Lleida, where he had been locked up, and to enter this same Tuesday in prison, for which the court had given him a period of ten days in which he had to voluntarily go to jail.

By contrast, the same day the deadline expired, Hasél posted on social networks the video clip of a new song entitled ‘Ni Felipe VI’, in which he charges against the current king of Spain and also against a “misnamed progressive government that he has perpetuated the repression “, in a clear declaration of intent that he does not intend to correct.