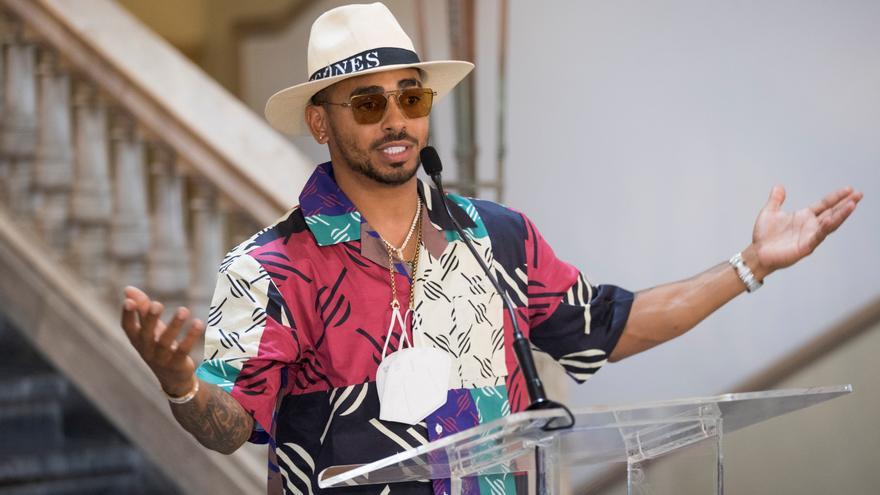 San Juan, Jun 20 (EFE) .- The Puerto Rican urban artist Ozuna launched this Saturday the music video, “Mi Niña Live”, a live version of a song that he premiered a year ago dedicated to his daughter, Sofía, and Al Día of the Father that is celebrated this Sunday.

In the music video, Ozuna appears dressed in a gray suit and glasses interpreting the song, while Sofía looks at him with admiration from a tower window.

The little girl, who wears a crown, is shown smiling as she watches her father sing to her from a garden of red flowers.

“They say that a father is anyone, but whoever is a father knows it is not like that. Congratulations to all the parents in the world !!!!”, wrote Ozuna on his Instagram account.

The song “describes the unconditional love that the artist has for her from the moment he found out that he would become a father,” explained the spokesmen for the so-called “Negrito with clear eyes,” in a press release.

In his story, the singer-songwriter reviews the beginning of his relationship with his wife, the pregnancy, the girl’s first steps and her upbringing, in addition to reaffirming that he will never miss it, the text abounds.

The video for the original version was filmed in Puerto Rico and directed by Nuno Gomes.

Likewise, the original video has more than 216 million views on YouTube.