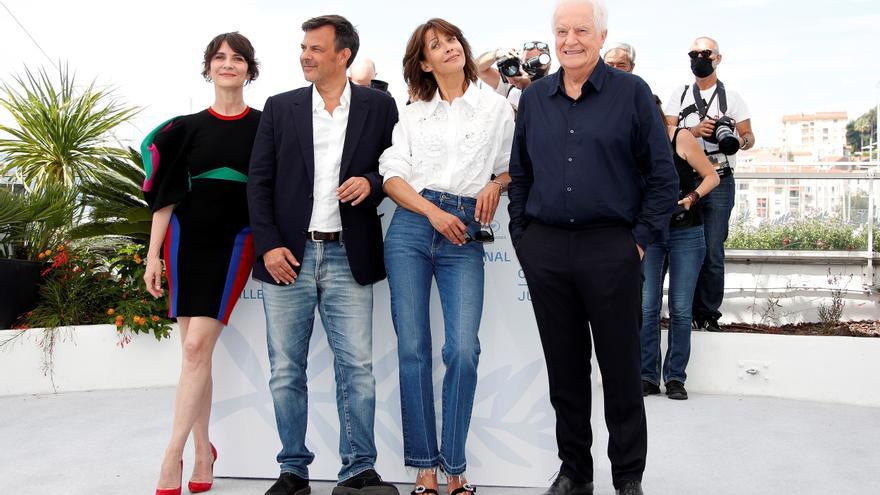 Cannes (France), Jul 8 (EFE) .- François Ozon took a film to the Cannes competition today that reopens a complicated debate in France and many other countries, that of euthanasia, although the director insisted on a press conference in that with “Tout s’est bien passé” he does not want to launch a political message.

“I had no preconceived ideas” about euthanasia, explained Ozon, who has wanted to raise questions rather than answer them, and put the viewer in a position to think about what he would do in a similar situation.

“By telling this story we have realized how difficult it must be to organize an illegal thing because euthanasia is not allowed in France (…). The State does not take charge and it is the children who must.”

An excessively conventional film to be in competition at the Cannes Film Festival, which is “neither for nor against” and which comes after a long and controversial debate in France about the ban on euthanasia, especially after the singer Françoise Hardy will speak publicly of her wish to die when her pharyngeal cancer worsens.

“It is a very personal story and each one is confronted with personal questions about life,” said Ozon, adding: “I do not want to send a political message, but the viewer is faced with knowing what he would do in that situation.”

The filmmaker assured that what interested him was “the intimate relationship between the characters”, especially because it tells a true story, that of Emmanuèle Bernheim’s father, a screenwriter with whom he collaborated on several occasions and to whom he makes a particular tribute with this film. .

The idea, said the filmmaker, was “to make this story on the side of life because André loved life so much that that’s why he wanted to die.”

André Dussollier plays André Bernheim and Sophie Marceau, also excellent in her role, her daughter Emmanuèle, in an adaptation that Ozon decided to make after the death of the screenwriter in 2017.

“Emmanuèle was a good friend of mine and when she published the book (in 2013) she asked me to adapt it but I didn’t see myself capable,” said Ozon. There was even a project to make a film with the writer playing herself, but her death prevented it.

It was then that Ozon reread the book, which he interpreted differently and understood better why he had lived through griefs in his personal life. “I thought it was time.”

And immediately he thought of an actress he had never worked with and who had repeatedly turned down the roles he had been offered, Sophie Marceau.

She sent her the book, which she read the same day, and she accepted the role, so Ozon wrote the script with her in mind.

“It’s a magnificent role, really accompanied” because the character existed and tells a very intimate story, said Marceau, for whom the most interesting thing is that Emmanuèle Bernheim was a person who accompanied his father even though their relationship was not the best

“Tout s’est bien passé” tells how André, after suffering a stroke, decides to end his life. But since euthanasia is illegal in France, she asks her daughter Emmanuèle for help to find where she can do it.

“Emmanuèle was always in favor of life. It was a paradox that her own father asked her for help to die,” said Marceau, who assured that for her the film is about love, pain and the beauty in that pain.

Dussollier prepared to play André Bernheim by watching the video his daughter made for him in which he expressed his desire to end his life and through documentaries about people who had the same desire.

With the script he began to add his experience, “what you imagine and what you would feel in a situation like this”, although he acknowledged that it is a role very far from his personality, which made him “exciting” to play.

André Bernheim was an art collector married to a sculptor (Charlotte Rampling in the film), who was openly bisexual and always led a homosexual life parallel to his marriage, which he imposed on his wife and daughters, a situation that they always blamed on their mother.

“All of this is part of the French charm,” the director said with a half smile.