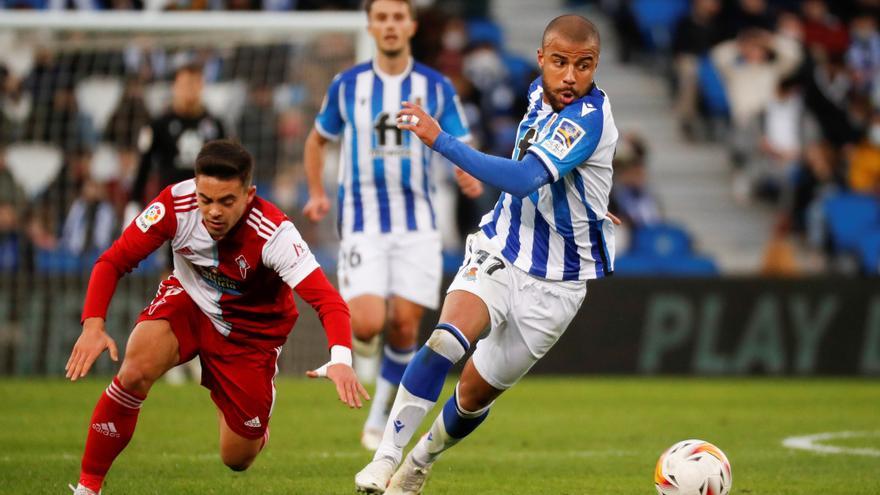 A thick game, with many start interruptions, seemed to presage a gray meeting between two of the teams that propose the most in Spanish football, but Mikel Oyarzabal's early goal would immediately turn it into a game festival for Real, which had its best minutes of the season in the first half.

Rafinha, the great surprise of an elusive Imanol Alguacil and playing the distraction during the week with the participation of the midfielder on loan from PSG, would be the protagonist of the genesis of this goal with a robbery in the realistic field that Januzaj continued with a measured pass to Oyarzabal.

This one, only before Dituro, crashed his shot against the Celta goalkeeper, but the rejection returned to his boots and there he did not forgive to unbalance the scoreboard.

Dituro would shine the next time that the Donostiarras put him to the test, in another clara goal chance between Merino and Oyarzabal that, on this occasion, the captain txuri urdin did not carry out the goal intended by the Argentine goalkeeper's dove.

Celta, who seemed not to have recovered from the shock caused by his elimination of the Cup against Atlético Baleares, was lost on the Reale Arena grass, although his potential and the little he needs to win had a Blue and White fans on high alert that finally would not have to suffer a bit from Celtic quality.

Celta improved his face in the second half, he came out with a greater bite becauseand the Gipuzkoans fell back with the score in favor but, As the Galicians did not do much damage either, a local team would come back to life that was able to solve with a header from Merino to the cross of the Vigo goal.

The Alguacil team rediscovered the path of football and, with Rafinha as the protagonist, continued to shake a Celta that would allow a second goal in a free kick finalized by Elustondo. With the two teams in the midfield for the goal kick, the VAR corrected and annulled it and gave new life to the Galicians.

The result was so short for the Donostiarras that any dangerous action by their rival could deprive them of the points, nervousness began to spread in the blue and white ranks and Celta threw the rest in the final stretch of the match in search of a tie although with little head and much corzaón.

Things would not change because the Celtiñas were not fine in the last meters and because the Real returned to cheer up in the final stretch of the game to be closer to the second than to the draw, but Rafinha and Portu would lack a little to make it happen.

Incidents: 27,938 fans gathered at the Reale Arena for the first game of the year in San Sebastián. The Real players wore a support shirt for Ander Barrenetxea after the serious injury for which he will be intervened. Isak was injured in the first half.