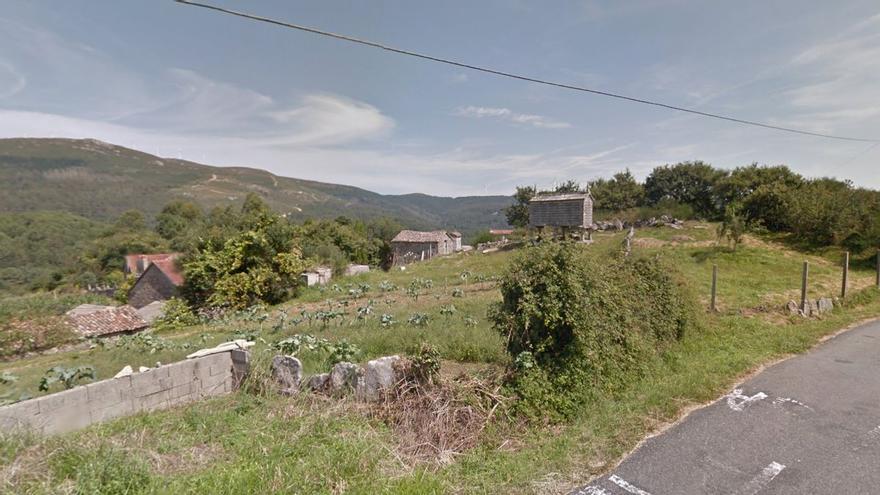 A judge of Marbella has fueled a wave of outrage after he issued a car in which denies custody of a one-year-old baby to a mother for living in “deep Galicia”, among other arguments. Social networks were filled in the last hours with comments on the matter, and the case has already made the leap into the political arena. Both the leader of the BNG, Ana Pontón, as well as several prominent leaders of the PSdeG, such as Pablo Aragüena or Valentín González Formoso have spoken about it.

Pontoon has claimed the Xunta of Galicia to “act” after the content of a judicial sentence signed by a Marbella judge was revealed in which, according to ‘La Voz de Galicia’, a “deep Galicia” is referred to as an argument to question the custody of a mother from the parish of Torea, in Muros, about her one-year-old baby. The parent resides in that Malaga city, where the family had settled before the couple broke up.

The nationalists, who are also promoting an institutional declaration in the Autonomous Chamber, have wanted, in the first place, “transfer all support” to this mother who has been told that her locality “is not an appropriate place” to raise their child, a sentence that they see full “of prejudices” and that they reject outright.

“It is very hard that a woman can be questioned about the custody of her child and, much more, with arguments that are solely and exclusively prejudices of a magistrate who considers that growing up in a rural environment limits and, moreover, is negative”, has censored.

Pontón has warned that “there are thousands of Galician”, and she herself, they grow up in rural environments, in small towns and parishes, in the interior and coast of Galicia, and “none of this was inconvenient”Rather, “it was part of the training, of the way of being and being in the world, and that it contributed very positive values”.

For this reason, he has judged that whoever considers that growing up in the rural area of ​​walls is “a burden” and does not allow them to “be happy”, really “has no idea what Galicia is like and is full of prejudices”.

Challenge to the judge

The mother, meanwhile, It will also request the challenge of the judge and request the nullity of the proceedings.

“We are looking for an impartial judge,” said the lawyer for the mother, Claudia Traba, who has described the content of the ruling as “discriminatory”, but has also criticized the “disqualifying” that, according to her, are collected from her client.

In the car, the judge maintains that the woman transferred their son from the city of Malaga to a parish in Muros “unilaterally”. He also alleges that the father, of Canarian origin, can give him “greater stability at all levels” and that Marbella is a “cosmopolitan” city that offers “multiple possibilities for the proper development of a child’s personality and for him to grow up in a happy environment. ”

“What does not happen with the very small population in the deep Galicia, to which the mother has moved”. It also states that in this place of residence women have no “job options”, although they question their interest in looking for a job, while defining her as “capricious, selfish, immature, aggressive and disrespectful” in front of a father who stands out for his “well paid” work and whom he describes as a “mature person” and a “dedicated” father.

As recorded in the car, in the summer of 2021 the disagreements began between the couple, “as well as the threats” from her “to leave with their young son to Galicia, which is clearly apparent from the WhatsApp messages provided by both parts “.

However, the mother’s lawyer denounces that there is evidence provided by this party that has not been practiced or that has not been taken into account. “The judge omits all the entire WhatsApp”, the lawyer has assured.

The mother explains that she decided to move to Galicia because in Marbella I didn’t have a job and because I didn’t have any kind of income. In addition, it has affected that the woman allowed communications with the father by video call and made a home available to him so that he could see the son on the weekend.

Therefore, in addition to the complaint filed before thel General Council of the Judiciary (CGPJ), advances that they will request the nullity of the proceedings for “violation of the right to effective judicial protection.” They will also request the recusal of the judge to have an “impartial” judge.

The allusions of the judge about the place of residence of the mother in Galicia and the comparisons that she makes between the place where the mother and the father live have provoked criticism from different sectors. The mother’s own lawyer has questioned the writ’s comments in this regard.

The same has been done by the national spokesperson of the BNG, Ana Ponton, who has criticized the “prejudices” behind these comments and has asked the Xunta to intervene. “Like millions of Galicians and Galicians, I acquired the best values ​​and principles here, in that ‘deep Galicia’ that one or some one denounces from prejudice, pride and ignorance, ‘said the provincial secretary of the Coruña socialists, Valentin Gonzalez Formoso.

📌@anaponton: “Between growing in a village like Chorente or a place like Marbella, my choice is clear.” 👇 pic.twitter.com/lcQ6eVOdLe

In another statement, signed by the Galician Association against or Mistreatment of Minors, the Labrego Galego Union, and the College of Social Educators, in addition to feminist groups and other organizations, they ask Galician public bodies for institutional statements and actions to purge ” responsibilities “.

“To establish judicially that the children of Galician rural zones do not have guaranteed basic needs, means to create a situation of vulnerability”, they denounce. Along the same lines, the agrarian organizations UPA and Fademur condemn the contents of the order, which they describe as “partial, unconstitutional and absurd”. “It shows a deep ignorance and contempt for the rural environment”, he maintains.