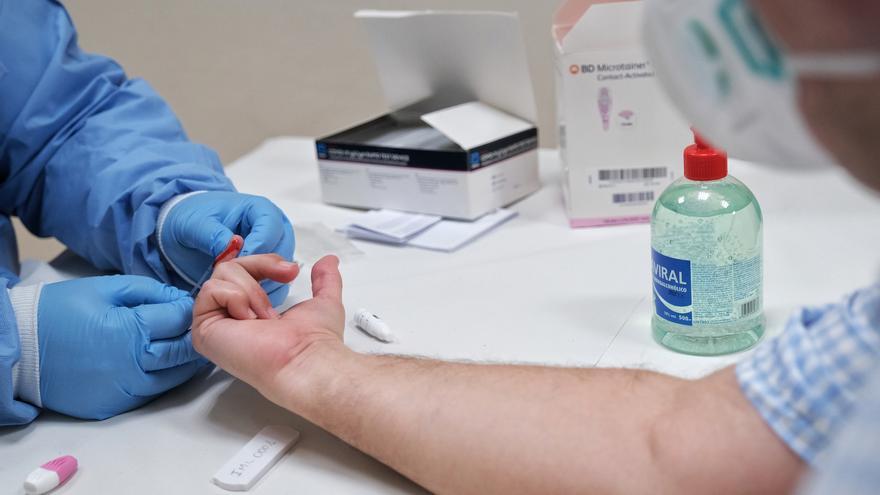 The Ministry of Health has reported this Monday of 78 new infections registered in the last 24 hours, which represents a decrease compared to the 174 infections reported on Friday, when the last balance was provided. However, if we compare the total figure provided this Monday (251,789) with that of three days ago, we can see an increase of 1,244 infected people.

The director of the Coordination Center for Health Alerts and Emergencies, Fernando Simón, has indicated that many of these cases are due to “small notification delays” and the study of outbreaks with massive sampling of the last seven days.

The most outstanding data of this balance is precisely that of the cases diagnosed in the last last week. The outbreaks in Lleida and Huesca, in addition to others that are occurring throughout the national territory, raise the cases diagnosed in the last week to levels of June 3, according to data published by daily reports from the Ministry of Health.

For the first time in over a month, more than 2,347 people tested positive on an analytical test in the past 7 days. “Many of these cases are associated with the outbreaks that we have known, such as the one in Catalonia,” said Simón, where more than half (1,200) have been reported and have had to confine 210,000 people in the Segrià region, in Lleida.

These data on cases diagnosed in the last week are incomplete, although they show much more accurate information on infections that are occurring in Spain. Specifically, the figures include cases that have tested positive for a PCR or IgM test with symptoms in the last 7 days and that have been reported by the Autonomous Communities.

That is, it is an underestimated data since there may be cases that tested positive but have not yet been notified by the laboratory or the autonomous community.

For example, communities have reported 2,819 cases in the last 7 days. A higher figure since it can include positives whose diagnosis date (the day they tested positive) is earlier than the last week.

Of the new infections, 18 have occurred in Catalonia; 16 in Madrid; and 13 in Aragon. Six communities and the autonomous cities of Ceuta and Melilla have not reported cases diagnosed in the previous day and the rest have added less than 10. For the first time, Melilla has not detected positive for coronavirus in the last 14 days. Thus joins Asturias and Ceuta.

In the last seven days, 138 people have required hospitalization, the majority in Madrid (43) and Castilla La Mancha (21). Ten people have been admitted to an intensive care unit.

The mobile is stealing your present – La Provincia