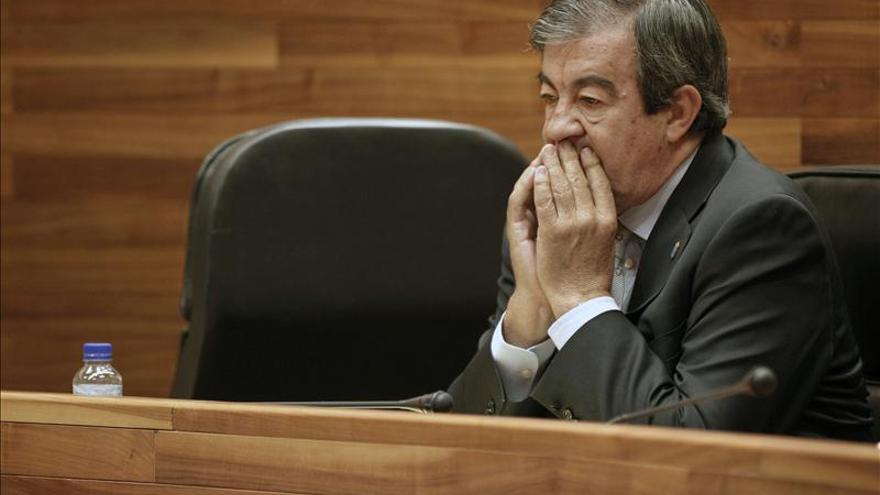 Women’s shoes, video games, hotel nights and fishing licenses at the party’s expense. Her party: Foro Asturias (FAC). The rental of a headquarters in Madrid that supposedly was never used and an amount close to a million euros in salaries since 2011. “Forum cannot be a pension plan for Cascos”, defend members of the Asturian party founded by the former vice president of the Aznar’s government, Francisco Álvarez-Cascos, after leaving the PP and who has taken him to court. He will testify before the judge on September 23, accused of misappropriation and unfair administration of funds from the party created by himself in early 2011, when he opted for the Asturian split.

“They want to liquidate me to turn the Forum into a crutch of the PSOE,” says Cascos after his expulsion from the group on June 19 when these alleged irregularities were uncovered after an external audit commissioned by the party’s directive commission, headed by Carmen Moriyón. A final blow, perhaps, in this bloody internal battle that has divided the formation for more than a year between supporters of its promoter and those of its current president. What follows is the stormy journey that led him to leave the PP, reach the presidency of the Principality with his new party and now leads him to political crucifixion.

The scourge of regional bipartisanship

How it all started? It was in just three weeks. On December 30, 2010, the PP of Mariano Rajoy did not have Francisco Álvarez-Cascos as a candidate for the presidency of Asturias after months of public confrontation. Days later and after 34 years of militancy in the formation, he decided to abandon it and seek new horizons that would continue to point to the Principality. It had been almost everything in the party: deputy, senator, general secretary of the PP, Minister of Development and vice president.

Quickly reborn from its ashes as the new scourge of bipartisanship beyond Negrón, Cascos founded Foro Asturias Ciudadanos, a political group that bears the same initials (FAC) and the same ideology: reviving old terms such as the regenerationism of Melquíades Álvarez or the regionalism of Jovellanos to unseat PP and PSOE in the Principality and raise him to the regional presidency.

And he got it. Although without as much success or longevity as Cascos and its militants would have liked. On May 22, two weeks after M 15, Foro wins the elections with 16 deputies and Cascos becomes the new president of Asturias. However, unable to ally himself with the PP to approve the budgets, he returned to call the Asturians to the polls, calling in less than a year an election that, with 12 deputies, he lost to the 17 of the PSOE. It is the first slip of the free fall of Cascos y Foro Asturias.

“In the last nine years there have been a series of continuous electoral failures,” he explains to elDiario.es Adrián Pumares, Secretary General of the FAC and member of the Board of Directors who has filed the complaint for misappropriation against Álvarez-Cascos. “The fundamental principles of the 2011 Forum were abandoned, when it was created as a transversal party that wanted to turn the political landscape of the Principality of Asturias upside down.”

Of the 16 deputies in 2011 that it had in the General Meeting, FAC has now had two, Pedro Leal and Adrián Pumares, each one on one side of this enormous gap that divides Foro Asturias between the supporters of Moriyón and those of Helmets.

The fuse of this confrontation for control of the party was lit after the regional results of 2019, in which the party went from three to two deputies. Consequently, Álvarez-Cascos resigned as vice president of Foro after disputes with its current president, who decided to audit the accounts since the founding of the party, announce that Cascos’ time in Foro had already ended and, finally, accuse him of misappropriation and administration. unfair of own funds of the parliamentary group before the courts.

The first chapter of the outcome will take place on September 23, according to the Superior Court of Justice of Asturias, in the investigating court No. 2 of Oviedo, in which the former Vice President of the Government and Minister of Development will have to justify these assumptions inordinate expenses that you would have incurred.

What expenses are we talking about? In recent months the national press and the leadership of Foro have been unveiling a series of bills that have dynamited Álvarez-Cascos’ image on his way to court.

Up to one million euros in salaries and allowances the founder received from his party between 2012 and 2019, according to sources from the direction of the formation. And about 230,000 in various concepts, such as the purchase of video games for their children, a psycho-technical test for the weapons permit, hotel stays for their in-laws, their children’s telephone bills, gasoline and tolls, purchase of newspapers and books or children’s and women’s shoes, in addition to the attorney’s fees in a case related to the Gürtel case.

The latest scandal revealed by ABC is the collection of the rent, between the years 2012 and 2014, of 174,000 to the training by a headquarters in Madrid located in the offices of a company (Cinqualium SL) of Cascos and María Porto, his partner for that so. However, according to sources in the current Forum management, it was never used as such. “We did not know it,” explained the president of FAC, Carmen Moriyón, at a press conference on the matter. “There are no hired personnel and nobody went there.”

The dynamics of Cascos expenses dates back to the founding of the party, nine years ago and represents a total cost of 1.8 million euros, according to EL PAÍS. “After the elections (2019), when both the president (Moriyón) and I were settling in the leadership of the Forum, we decided to conduct an audit with a company outside the party,” says Adrián Pumares. “We did it because there was a sector related to Cascos that questioned the work of the Forum’s management. As a result, we discovered these actions that, from a political point of view, are regrettable and immoral ”, concludes the Secretary General. The results of this audit include the training expenses between 2011 and 2014 and are included in the complaint filed by the FAC Board of Directors.

“I do not feel responsible for the irregularities,” said Álvarez-Cascos in an interview with Onda Cero Asturias after his expulsion at the end of June, where he stressed that the Forum’s budgets are posted on the training website and “everyone knows them. world”.

Denounced by his own colleagues, the former president of the Principality could face a sentence of between six months and three years in prison. “Regardless of the verdict”, maintains the current secretary general of the party, “Forum will be strengthened because it has acted as a political party should act and that is rarely done.”