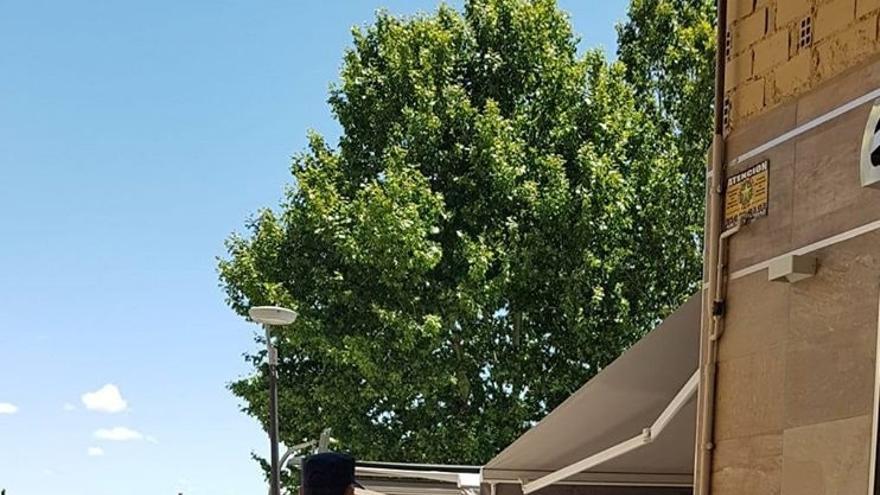 To evict illegal parties or meetings in which there are more people than allowed to dissolve bottles or control that the tables on a terrace are properly separated. But also warn those who smoke without maintaining a distance of two meters, penalize for not wearing the mask on public roads and even control that patients who have to be in quarantine do not skip it. COVID-19 has increased the obligations of the municipalities, whose local police are in charge of enforcing the measures against the pandemic decreed by the autonomous governments.

Local authorities are the closest institutions to citizens and that is why their work is essential to disseminate restrictions related to the virus, ensure their compliance and prevent risk situations. It is what they have to do by division of powers. But this situation is saturating their services, several mayors acknowledge elDiario.es. They have had to put agents to work overtime, with the consequent impact on municipal finances; and many have been forced to ask volunteers for help and even to request the collaboration of other bodies such as the Civil Guard, especially in the villages.

“The municipalities have been the great forgotten of this crisis,” complains Jorge Azcón (PP), mayor of Zaragoza, one of the cities in which the transmission of the virus multiplied faster after the end of the state of alarm and in the Measures such as the mandatory closure of bars and terraces at midnight, the prohibition of the bottle or the limitation of meetings to ten people, among others, have been in force since the end of July.

In addition to giving channel to these restrictions, the municipal police also collaborates with the Government of Aragon in a device to control that people with positive PCR are fulfilling the quarantine in their homes. Local police in other cities such as Madrid, Valencia or Marbella also participate in the monitoring of people who have to be isolated after being infected by the virus.

How do you get to everything? “A very important part is at the cost of not doing other things,” acknowledges Azcón, who assures that the collection for traffic and parking fines has been reduced significantly. “We are dedicated to regulating traffic, but the penalties that are imposed have fallen substantially, which together with other issues such as the drop in billing in public transport has a brutal economic impact on the municipal coffers.” “But the control of the measures is only part of it. We have to disinfect the streets, multiply social aid and food checks … and all this without having received an extra euro,” complains Azcón.

In towns such as Arteixo (A Coruña), where new restrictions came into force this weekend such as the closure of the interior of the bars, which can only be served on terraces or the limitation to five of the non-cohabitating people who can meet, its mayor , Carlos Calvelo (PP), assures that efforts have been “doubled” with the payment of overtime by local policemen. “The council of Arteixo has 94 square kilometers in 139 population centers. It is more difficult to control,” he says.

The mayor affirms that they have had “reinforcements” from the Civil Guard, the regional police and officials from the Department of Health and also insists on “individual responsibility” to face the pandemic. “We cannot put a policeman in each place,” he says. Last Friday, in an interview in Radio CoruñaCalvelo complained that he had no means to enforce the restrictions, especially at night, and criticized the Xunta for not offering the councils financial and material aid.

In the Alicante town of Jávea, the data shows very clearly how the work of the local police has multiplied: their interventions have increased by 40% compared to the same period of the previous year, to a total of 5,356 in what we have been year. Its mayor, José Chulvi (PSOE), acknowledges that the City Council has had to make credit modifications to be able to pay the agents’ overtime. In recent days, eight police officers have joined a staff of around sixty that the councilor acknowledges is still “very short.”

“Summer is always a difficult time because our population multiplies by four. And this year it has been more. The Generalitat Valenciana has helped us with personnel who control the capacity on the beaches, but we have had to hire a company to monitor We have also had to invest in conditioning the schools to the new reality of COVID-19 and we have extended the cleaning contract for these centers, “he says. Chulvi considers that the relaxation of the spending rule that allowed municipalities to invest up to 300 million euros of its surplus on issues related to COVID-19 It was an “oxygen balloon”, but he claims that the municipalities have “more decision-making capacity” about their finances.

One of the fronts that the Government has open It is precisely the decree on how saving municipalities can spend the surplus they have in the banks, which amounts to about 14,000 million euros. The conflict between the Executive and the mayors continues to be bogged down, waiting for a formula that allows them to make use of those remnants almost a month after Pedro Sánchez and the president of the Spanish Federation of Municipalities and Provinces (FEMP), Abel Caballero, sign an agreement that only counted with the favorable votes of the socialist mayors and the abstention of the representative of United We Can in the FEMP breaking the traditional consensus that prevailed in this organization. Only the PSOE – and with some very angry mayors in its ranks – supports the decree.

The management of anti-COVID-19 measures has not only stressed the city councils of large cities or medium-sized municipalities. Last week the president of the Balearic Islands, Francina Armengol, met with the mayors of the small municipalities of Mallorca, who conveyed to her their concern about having to monitor compliance with the new measures decreed by the Government – reduction of the capacity of bars and 50% restaurants, meetings limited to ten people, brothels closed … – precisely because of the lack of Local Police resources in many of these locations.

One of the councilors who was at that meeting is Nadal Torres, mayor of Valldemossa, a town of just 2,000 inhabitants located in the middle of the Tramontana mountains that sees its population increase during the months of good weather. “We do everything possible, but the work of the City Council has multiplied. We cannot control that all the people who come to see the sunset keep their distances or that the capacity of the restaurants are met. We have eight local police officers in staff, of which three are out, “says Torres, who appreciates the” invaluable work “of the Civil Protection body and volunteers. “The people of the town take out the tractors and help us disinfect the streets and whatever is needed,” he says.

Professionals are the ones who suffer directly from the greater workload that COVID-19 has brought. “We are overwhelmed”, says José Francisco Horcajo, municipal police in the district of Carabanchel (Madrid), precisely one of the areas in the south of the capital with the highest incidence of the virus. “We cannot cope. If one night before you had 20 or 25 communications, now it is 40 or 50. The station makes the selection and in the end things are left undone because we did not arrive,” he says.

Among the most common tasks is the control of crowds, especially of groups of young people who meet without masks, but also of gauges inside hospitality establishments and on terraces. “Sometimes the neighbors themselves are the ones who tell us,” says Horcajo. From this Monday, the 3,000 parks and gardens in Madrid close between 10 p.m. and 6 a.m. in order to avoid “concentrations in which infections occur,” the Madrid City Council reported last week.

“Many people do it well and comply with the rules, but there are always exceptions,” says José Ángel Moreno, agent in Valencia and head of the Local Police of the UGT in the Valencian Community. Moreno also recognizes a greater workload, which is linked to the control of anti-COVID-19 measures, which have increased precisely in the summer months, when the workforce is tighter due to the holidays. “In Valencia, the beach areas and the city center have been specially reinforced during the weekends to avoid illegal parties,” he says. In his opinion, the new “litmus test” will be the opening of schools, where the agents will also try to avoid crowds at the entrances and exits of minors.