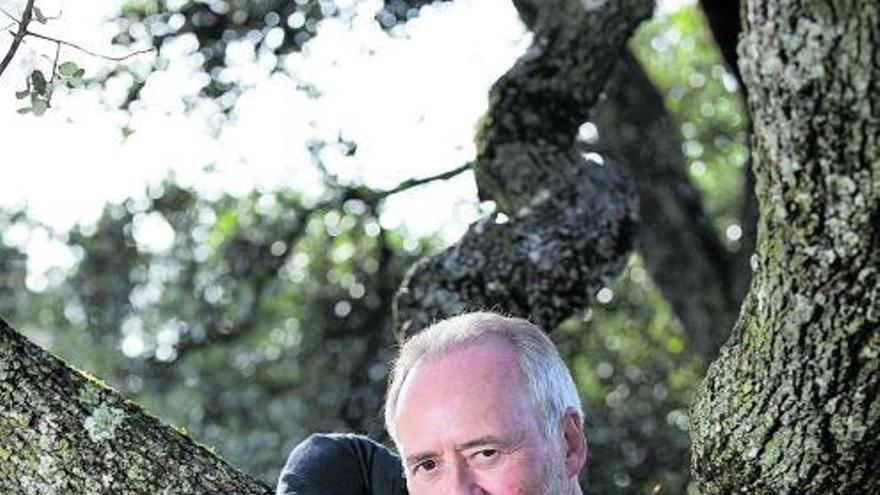 In a reading of what I believe is the best British historian, Steven Ruciman, who, in turn, has the title of Sir … The book spoke of the Mediterranean, specifically Sicily … I was struck by the fact that he was telling the story. history of my country, which is something that I practically ignore. Richard the Lionheart passed through those pages on his way to the Crusades. Despite the fact that he insists on arguing that he was a bad son and a bad king, he is an admired character in Spain.

What caught you from that reading?

So we were great …

Yes we were. Only the Mediterranean part was a small empire because many islands and southern Italy became ours. Even, for more than a hundred years, we came to have Athens under control … In reality, our history in the Mediterranean is a great Game of Thrones, what happens is that this is real and above us.

And that’s when you come in, right?

The one who entered was Constance of Sicily and Aragon. Upon returning to southern Italy, her husband fulfilled a promise that seemed impossible: to avenge the death of his father and return the kingdom that the French had stolen from him, to be more exact, Carlos of Anjou … But so much happiness is broken when his Her husband, Pedro III of Aragon, abandons her because he is a true gentleman and has to fight a duel in hostile territory … The one that is coming on Constanza is terrifying.

Entertaining seems to be.

Well, that’s the idea … That the reader spend a while and that when he closes the book he says: “Jolín, how good that I have had; What a pity that it is already over! ”

Besides being a writer, do you consider yourself a historian or a lover of history?

Rather the latter, a lover of history … For me a historian is a rather big word. I do not go to the original sources, that is, I do not lock myself in a library to read books with Gothic script, manuscripts and in Latin … What I do have at home are shelves full of books and magazines with historical articles.

Isn’t that some kind of literary Diogenes syndrome?

Ha ha ha … History is a source of arguments that excite me and, when I find something that motivates me, I start to investigate and end up writing. My intention is to have a good time for the rest of my life and, without a doubt, writing I have a really good time.

You have long established yourself as an author of a historical novel, but don’t you feel like exploring other territories?

I started in other territories …

‘The walls of Jericho’ was the beginning of it all

Yes it was. Look how hard it was for me to position that book … My first literary adventures were much closer to the thriller than to the historical novel. More than one gender or another, what I’m looking for are emotions.

He was a regular at a library in the Raval, came to work in a printing company, sold books … Was his future, in some way, well marked from a young age?

The happiest moments of my childhood are linked to books and that library. There I learned to live surrounded by stories.

He also became a repairman for televisions and radios.

That was what determined my future … My father put me in the printing press because he did not pass and the family could not support a guy who did not study. I thought that being in a print shop was going to keep me closer to the books, but the only thing that was printed there were cartons of medicines. From there, I looked for a job as a mechanic in a workshop where they made parts for ammeters and voltmeters, but I got bored again and ended up fixing transistors and televisions … Finding the valve that failed made me feel like Sherlock Holmes.

You were one of those who worked during the day and studied at night.

Yes, that’s how I started to get good grades and was able to orient my life towards an engineering …

And he even worked in a nuclear power plant.

Yes, during my internship in the south of France. There I learned a lot of things, among them, that being an engineer was not going for me.

That was always within me, but the demands in a family in which my parents went hungry in the war were different … This was not my time.

In the end, he ended up hanging the title of engineer on the wall and “something else butterfly.”

Something similar (smiles) … I started working as a commercial and kept writing because publishing was no longer as complicated as when I released Los Muros de Jericó.