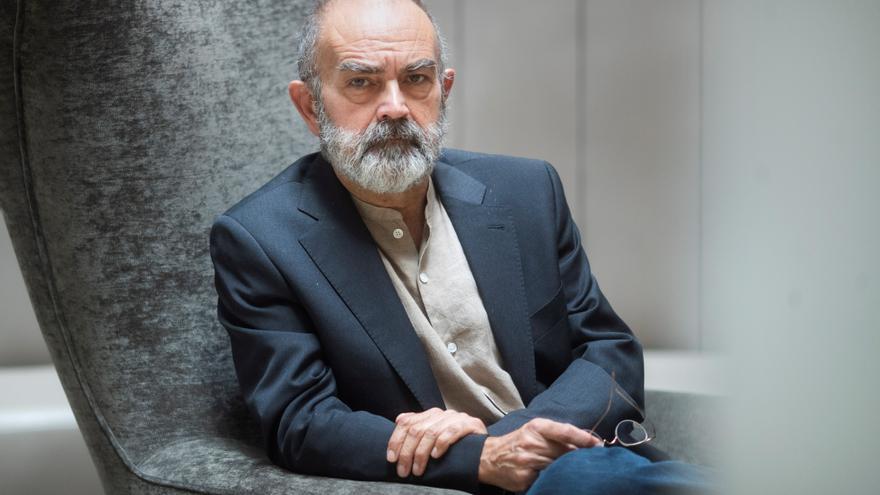 Barcelona, ​​Jun 22 (EFE) .- The writer from Soria José Ángel González Sainz, who has just published “Little life. The art of flight”, the first title of a trilogy in which he reflects on the global crisis of values ​​derived from the pandemic, denounces that “our current lives are witnessing an abuse of the story.”

At the presentation of the book, González Sainz said this Tuesday in Barcelona that at present “everything has become a story, the great narratology has given itself over to publicity and propaganda.”

And he added: “all politics is nothing more than a sale of stories, advertisements also sell stories, and all are stories with a degree of falsehood.”

Faced with this generalized panorama, the author wonders about “what residue of reality supports the great fireworks of the stories” and his literary strategy was “to explore another way with the narrative resources reduced to a minimum”.

Under the generic title of “Little life” -all will be published by Anagrama- González Sainz undertakes a sort of diary, a logbook, composed of “brief intimate texts in search of a new way of looking and living”, which, as he himself proposes, “they can be read in isolation or at once, following a thread that flows and hooks each of these tiles one by one”.

In “The Art of the Fugue”, González Sainz, whose initial intention was “to transcend genres”, confronts writing with religious, philosophical, and literary and poetic language.

He reached this position in the face of “the inability to read novels, and not bear the series” and even having a hard time going to the cinema, although in literature and in cinema he would find something better if he faced the classics.

Before writing this book, González Sainz, who was living in Italy at the time, made a first attempt at a work that was to be titled “The Last Year in Trieste.”

“It was too much like the newspaper, I got bogged down in the history of literature in Trieste, and it was not a last year, but three, and in the end, with the start of the pandemic, I returned to Soria,” he detailed.

He considers that “the pandemic was a great painful metaphor for what he was already telling.”

In the book, precisely, after a cataclysm of colossal dimensions caused by something miniscule that infected everything, a voice reflects on the fact that, under the global crisis unleashed by the pandemic, another more local epidemic disease is hidden in the background, but similar dimensions: “that of our ways of life, that of our relationship with reality and with words”.

According to the author, “the pandemic could have been an extraordinary moment to become aware of many things, and the impression is that it will not happen.”

“We have given ourselves a tremendous blow, but I think we will hit another one again because we have not questioned the foundations of our society and it is not only about capitalism, but also the level of consumption of false stories, which continues in politics “, has added.

He questions “the rush to go out and do the same thing as before” and, in the face of these urgencies, advocates “trying to question the fundamental questions, which almost always have to do with our use of language.

From the return to his native Soria after having lived in Barcelona, ​​Madrid, Padua, Venice and Trieste, González Sainz extracts that “the escape to the countryside is wonderful and gives a degree of happiness”, but also “small places give you the opportunity to fight, to fight for something within a community because there is always a mayor who wants to destroy a forest and you have to take out the banner. ”

The trilogy will continue with “The art of the place” and “The art of the moment”, in which he will meditate, respectively, on a vital space, in particular Soria, and on the passage of time.