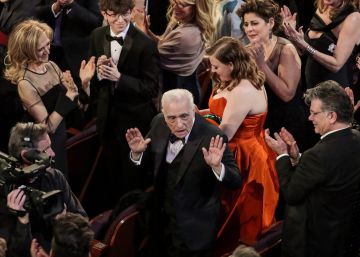 The mutation in which Hollywood is locked crystallized last morning with the award of its most coveted award to a South Korean film spoken in Korean. Parasites It is an extraordinary film turned into a historical phenomenon. But since when has the Academy cared about extraordinary films? There is a long list to prove that little or nothing, starting with which took the same honor a year ago, Green book. It is obvious that in its new diversity policy, the Academy is opening and globalizing and the votes no longer come only from its local members but from all over the world. The average age has dropped from 62 to 50 and the percentage of women and blacks among voters has grown. A regeneration that was made palpable this Sunday by celebrating a film about the class struggle that uses a wide range of genres, from family drama to thriller, comedy or terror, to conclude that the gap between the poor and the rich is unbridgeable.

Parasites, Golden Palm of the Cannes Film Festival becoming a blockbuster since its premiere last fall in the United States, it has achieved an unusual global consensus. However, at dawn on Monday its director and screenwriter, Bong Joon-ho, was in a hurry to leave the Dolby Theater stage. The attack of modesty had already come to him in his penultimate Oscar, the one with the best direction. It was then that he addressed Martin Scorsese to recognize the extent of his teaching and Quentin Tarantino to also give him his recognition. That Scorsese goes empty in the awards of his own industry or Tarantino is satisfied with two statuettes (the best supporting actor for Brad Pitt and the best production design) with a film that as few celebrates that same community is somewhat indigestible . Perhaps he explains that one of them is a myth forged in the streets of the East Coast and with a violent universe of thugs and corrupt, although deep down he speaks of the end of a line of men condemned to loneliness and silence for their mistakes loyalties and betrayals. Or maybe it’s also because the other is an eternal enfant terrible crush on face B of the history of cinema, capable of turning into a fairy tale the episode that ended the ideal of another Hollywood: the murder in his house of Sky Drive by Sharon Tate and four other people at the hands of the followers from Charles Manson.

Once upon a time in … Hollywood it’s not just a joyful movieIt is one of the most beautiful tributes ever made to the losers and survivors of a trade and an industry whose greatness is built precisely with guys like those that Tarantino recreates. Two poor devils become the heroes of a world that is about to jump through the air and to which the filmmaker gives them the glory of having been able to change history. But the nostalgia of a better world no longer convinces an Academy that perhaps looks suspiciously at the first Tarantino movie without its mentor, Harvey Weinstein, or who truly believes that the accusation that the film is misogynistic has any foundation.

The world is changing and the Oscars are no stranger to that metamorphosis, although the price is to end the personality they have had so far. In recent years, without a presenter stepping on puddles, the broadcast does not just succeed with its tone until it becomes a gala increasingly similar to Eurovision. That is, more tacky, flatter and soulless. That two ex-presenters like Steve Martin and Chris Rock were the first to step on the stage and that Rock did it with a joke about how social networks have loaded the legendary figure of the master of ceremonies made clear the weight of political correctness in the balance .

There were the logical demands of gender in the voice of some presenters and also embroidered in the Dior cape by Natalie Portman, where the names of the forgotten women filmmakers were darkened. But no one missed missing male absences just as inexplicable: like that of the brothers Safdie and Adam Sandler for the impressive Uncut gems or Richard Jewell, Clint Eastwood’s latest film, which was also unfairly considered only in the best supporting actress section for Kathy Bates and has not been spared the misogyny accusations.

Joker added the highest number of applications but he stayed with the only thing that really distinguishes her, his exceptional protagonist actor. Saving distances is the same thing that happens to Judy, what without the work of Renée Zellweger It would be nothing directly. With his Oscar for best actor in his hand, Joaquin Phoenix showed his ability to generate tension without moving his hands from his pockets. His animalistic discourse shrank towards public redemption when he thanked his colleagues for giving him a second chance despite his reputation as intractable. He claimed justice for the community queer, the indigenous or, its true crusade, the animals. But most of all he did something he hadn’t done to date, mentioning his brother, River Phoenix. With a broken voice, he recalled some verses that River had written at seventeen years of salvation through love. His premature death by overdose on the sidewalk of a city without sidewalks are part of the legend of that Hollywood until yesterday engulfed and that today, in its opening to new horizons, faces an uncertain new life.