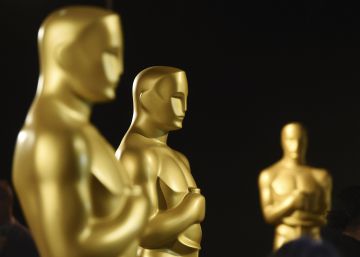 The 92nd edition of the Oscar awards it is celebrated this Sunday, February 9 at the Dolby Theater in The Angels, in California (United States) although in Spain you can see the early hours of Sunday to Monday. After the incident last year in which comedian Kevin Hart resigned to present the gala When homophobic tweets published years ago came to light, the Academy has confirmed that the 2020 edition will also have no one to drive it.

Among this year's favorite movies are Jokerby Todd Phillips, with 11 nominations, the Irishfrom Scorsese, Once upon a time in ... Hollywood, from Quentin Tarantino, and 1917, by Sam Mendes, all with 10 nominations. Pedro Almodovar Y Antonio Banderas They also opt for their own statuette for Best Foreign Film and Best Actor, respectively.

The gala of the Oscar 2020 Awards It can be followed in Spain on television through Movistar + from 11:30 p.m. on Sunday (Spanish time). The red carpet will begin an hour later, at 00.30 a.m. from Monday, February 10, and the ceremony itself will begin at 02:00 The platform will carry out different retransmissions through its Movistar Estrenos and # 0 channels.

All Latin America will be able to see the Oscar 2020 Awards in its original language and dubbed into Spanish by the TNT channel. These are the local times to follow the awards gala: