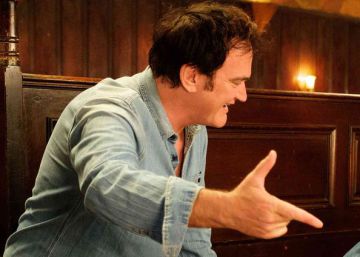 Joker, from Todd Phillips, is the Oscar 2020 favorite with 11 nominations. They follow him, with barely one less candidacy, The Irish, by Martin Scorsese, Once upon a time in … Hollywood, from Quentin Tarantino, and 1917, by Sam Mendes, which will be disputed tremendously at odds, as announced on Monday by the Hollywood Academy. Pain and glory, by Pedro Almodóvar, will choose the prize for the best international film at the gala, which will be held on February 9. And Antonio Banderas, protagonist of the same length, will compete as best lead actor. Klaus, Sergio Pablos, nominated in the animated long category, will be the third Spanish presence at the Oscars. The ceremony will not be presentedr, for the second consecutive year.

The announcement of the candidacies reflects a year of uncertainty, full of great films but without a clear commitment to the gala. In the last two editions, Water form Y Rome They arrived at the ceremony with more nominations than their rivals and the favors of the forecasts. The first won, the second was defeated by the capital surprise that gave Green book. For the 92nd edition, it is hard to dare to sketch any forecast. The other nominees for best film are Parasitesfrom Bong Joon-ho Story of a marriage, from Noah Baumbach, Little women, from Greta Gerwig, Jojo Rabbit, from Taika Waititi, and Le Mans ’66by James Mangold. For once, instead of looking impatiently at the premiere calendar, the Spanish public can already say with knowledge: all the nominees have been seen in theaters, except Jojo Rabbit, which will arrive this Friday, January 17.

The nomination of Parasites The best film has special merit: it’s only the 12th time (if you also consider Babel, which contained several dialogues in English) in which a foreign-speaking work competes for the main Oscar. None have won. Of course, the candidacy complicates Almodóvar’s options: it would be strange that Parasites It can be chosen as the best work of the year and yet does not win in a smaller section, that of the international lengths. Another hint: Bong Joon-ho opts for the award for best direction, along with Scorsese — nine times, the most nominated live creator — Phillips, Mendes and Tarantino. The Korean filmmaker also competes for the original script, of which he is co-author, and his film has six nominations.

The category of best management, for the second consecutive year, does not include any women. And in 2018, it was precisely Gerwig that broke, with Lady bird, a habitual tradition of the Oscars. The composition of the Hollywood Academy – 68% of men, 84% of whites – can offer an explanation. That the nominations reflect the machismo of an industry that gives directors less opportunities is another part of this reality. Gerwig and Kristy Wilson-Cairns (for 1917) are the only women who opt for screenplay awards. And the African American Cynthia Erivo, for Harriet, breaks the absolute white monopoly in the awards of interpretation. record year of six awards to black creators, the gala goes back. And it is likely that the #OscarSoWhite protest that accompanied the ceremony for years to everyone who was not white and Caucasian would also return.

The Academy dares more and more, instead, to recognize the works of Netflix. And at the same time, the platform on-line It already produces films that deserve Oscar nominations. This time, he has achieved 24 nominations, more than any other studio, including the two best film of the Irish and Story of a marriage and the documentary American factory, produced by Barack and Michelle Obama. Nevertheless, last year, Rome swept 10 candidates, Alfonso Cuarón won the award for best direction, but the main award he took it, among a thousand controversies, Green book. The unknowns about Hollywood’s resistance to delivering its precious Oscar to a Netflix film remain intact. And, in addition, this year the competitors are also colossus.

Antonio Banderas is located at a crossroads similar to that of Almodóvar: the announcement of his first nomination gives him great recognition, but Joaquin Phoenix’s path to the Oscar for best actor, for JokerIt seems hard to stop. “The interpretative ribbon is very high and I thank with all my heart the opportunity to be in this Oscar race,” he said. actor in a statement. The other candidates are Adam Driver, for Story of a marriage, Jonathan Pryce, for The two potatoes and Leonardo DiCaprio, for Once upon a time in … Hollywood. Among the leading actresses, the recent victory in the Golden Globes places Renée Zellweger as the strongest bet, for her portrait of Judy Garland in the biopic Judy. Compete with Scarlett Johansson for Story of a marriage, Saoirse Ronan, for Little women, Cynthia Erivo, by Harriet, and Charlize Theron, by The scandal (Bombshell).

Klaus He also does not lead the polls for the Oscar for the best animated film: Toy Story 4 Y Mr. Link: the lost origin (winner of the Golden Globe) seem to have, to priori, more options. And where is my body? It is another valuable rival. But, for Sergio Pablos, reaching the gala with his debut opera is already a triumph to frame. Spanish cinema did not achieve a nomination in this category since Chico and Rita, in 2011, of two heavyweights like Fernando Trueba and Javier Mariscal.

The same star quintet of the Golden Globes He will fight for the award for best supporting actor: Brad Pitt, Al Pacino, Joe Pesci, Anthony Hopkins and Tom Hanks. In the awards of the Association of the Foreign Press of Hollywood Pitt triumphed, that all the pools place as winner also for the Oscars. Kathy Bates, for Richard Jewell, Laura Dern, for Story of a marriage, Scarlett Johansson, for Jojo Rabbit, Margot Robbie by Bombshell, and Florence Pugh, for Little women, the prize for the best supporting actress will be disputed. Dern, which was already made with the Golden Globe, is the clear favorite. Although Johansson can already sign up for the moral winner medal: until today he had never achieved a nomination. It has been released this year, directly with two.