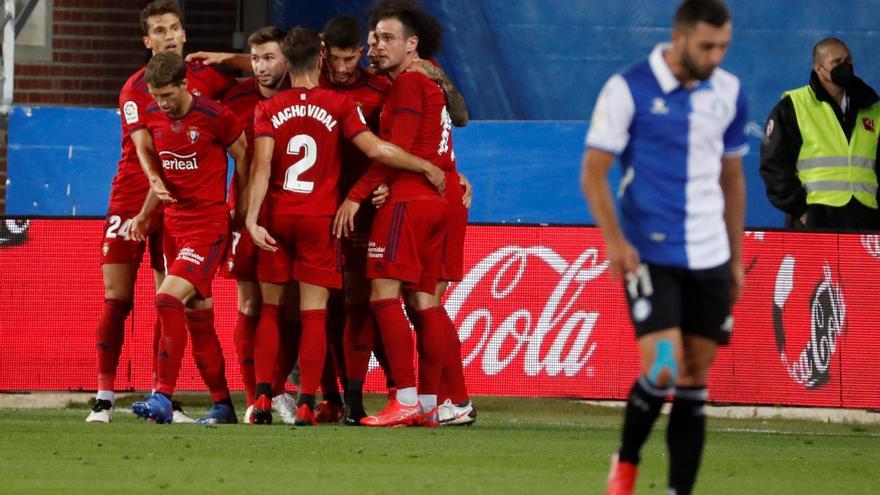 The Osasuna this Saturday lit the alarms in the Deportivo Alavés on the fifth day of LaLiga Santander with a 0-2 victory that made him regain sensations after the stumble against Valencia and sank the babazorro team in the standings that still have not scored after four games played.

The Navarrese achieved the advantage in the first 45 minutes with a goal from David garcia heading off a corner kick in the 22nd minute and another from Roberto torres from a penalty after a hand from Toni Moya inside the area in the 29th minute.

The 22 days that the Vitoria team was without playing After the postponement of the duel against Villarreal and the stoppage due to the matches of the national teams, they were noted in a team that, although it started well, lacked more bite in attack to generate chances, while conceding many spaces to the rival.

The first 20 minutes were back and forth. Both teams were well planted on the pitch and enjoyed chances with a very direct game.

The first warning was given by Luis Rioja before the first minute was completed with a right-handed cross shot that Sergio Herrera saved.

The Sevillian winger was one of the most active Albiazules in the first half.

With Víctor Laguardia admonished at 13 minutes, the rojillos sought to tickle the central maño who was at the limit in several encounters with the Pamplonian team.

Those of Jagoba Arrasate had clear ideas. Put the ball with speed on the bands and look for the area with direct balls.

Thus came the danger of Osasuna, which opened the scoring with a set piece. A header at the far post by David García in the 22nd minute, surprised Antonio Sivera, starter due to the injury of Fernando Pacheco, who had hardly had work during the game.

Alavés reacted timidly after the goal, until it reached him a new blow in an isolated play. A hand from Toni Moya inside the area ended with a penalty converted by Roberto Torres in the 29th minute to extend the rent, 0-2.

From there, the Navarrese lowered the party's revolutions, while Alavés kept trying with the races of Mamadou Sylla and some distant launch repelled by a very well planted defense.

After the break, it was Jagoba Arrasate's team that scared the locals with a distant shot from Roberto Torres, in which Antonio Sivera stood out, and another attempt by Jon Moncayola.

The entry of Manu García offered more possibilities to the group of Javi Calleja, who got closer to the Navarrese goal, but with little danger.

In fact it was Osasuna who had clearer chances, especially with distant shots, although the babazorros continued to insist, hanging balls without finding a finisher.

Incidents: Match corresponding to the fifth day of LaLiga Santander played at the Mendizorroza stadium in Vitoria before 8,176 spectators.