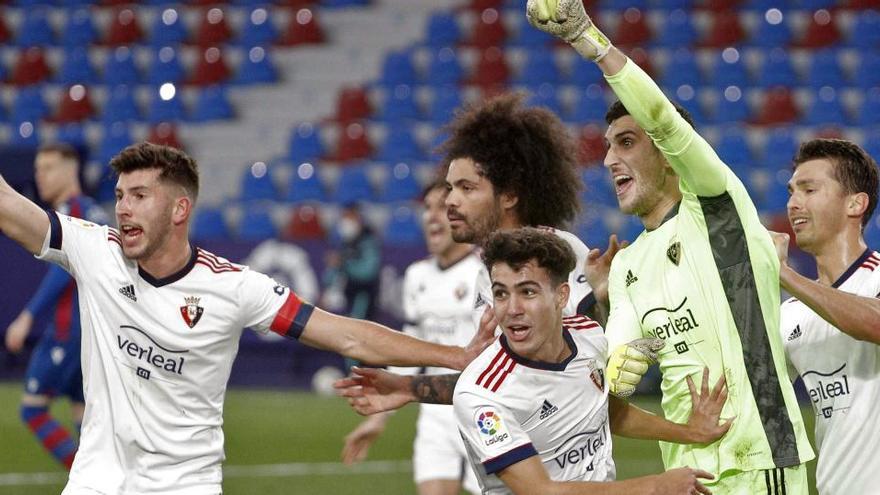 The Osasuna was imposed by 0-1I raised in a match in which the Valencian team accused the hangover of the Copa del Rey semifinals, which the Navarrese team took advantage of to add their second victory of the season away from El Sadar, something they had not achieved since their first start of the championship in Cádiz.

The Pamplona team thus adds its third win in the last four days, which allows you to leave the danger zone of the classification, while Levante has its streak of ten consecutive unbeaten matches halted between League and Cup competitions.

Osasuna started the game well, making Levante’s game difficult and reaching the rival area easily, although without creating danger in the final meters.

As the minutes passed, the Valencian team managed to reverse the dynamics of the match and at 19 minutes a header from Malsa found a good response in a stretch by Sergio Herrera, who again had to show off just a couple of minutes later after a close-range shot by Costa Rican central defender Óscar Duarte, which the goalkeeper rejected with one foot.

Only those two occasions were notable in the offensive baggage of a Levante that without Morales or Roger, its top gunnersIt was not as dangerous as on other occasions. Osasuna, with a good tactical discipline, did not concede more joy to their rival and even stretched out in the final minutes although without generating much danger.

In the resumption, the Navarrese team came out more activated and won in offensive presence, with a couple of clear arrivals, which opened and energized a game that had been very tight in its first 45 minutes.

Paco López, given the lack of punch from his team, opted for a triple offensive change with his franchise player, Jose Luis Morales, along with Jorge de Frutos and Enis Bardhi, changing the tactical drawing, in search of a greater role for the bands .

Jagoba Arrasate replied with another triple change and it could not be better, since two of the newly admitted gestated the only goal of the match, after an assist Kike and a first shot from Ante Budimir, who made it 0-1 and scored his sixth goal of the season.

Levante could tie just a couple of minutes later after a clear penalty that Juan Cruz committed on De Frutos. In the absence of Campaña and Roger, it was Morales who was responsible for launching the maximum penalty, but Sergio Herrera got the direction of the shot right and with a great road he avoided the equalizer.

Those of Paco lópez turned unsuccessfully in the final minutes and Osasuna tied an important victory.

Incidents: Match corresponding to matchday 23 of The league Santander played at the Ciutat de València stadium without spectators. A minute’s silence was observed in memory of Enrique Pérez ‘Pachín’, former Levante coach and former Osasuna player and Real Madrid, passed away this week.