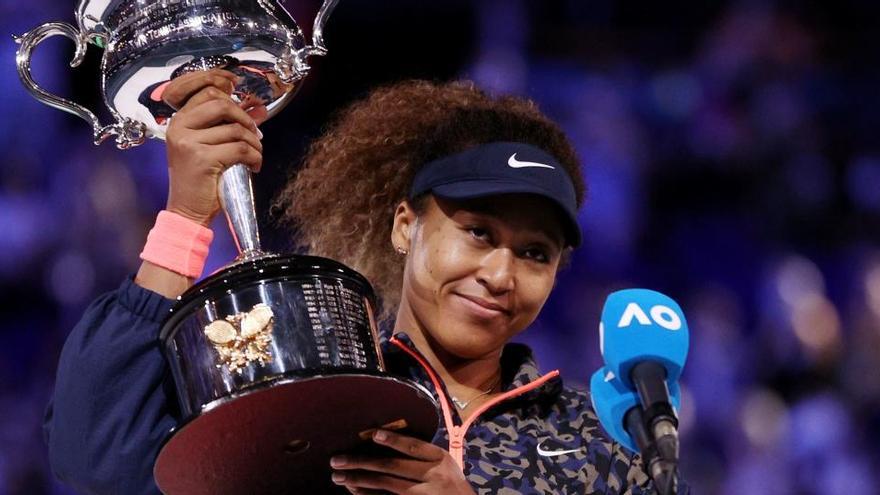 The Japanese Naomi Osaka (3) She imposed her law by executing six direct aces and 22 winners to beat the American Jennifer Brady (22), which premiered in final Grand slam, by in a 6-4 and 6-2 that helped him lift his second title at the Australian Open.

“I couldn’t play my last Grand Slam with an audience, so seeing all these people in the stands means a lot to me, “he commented after closing a final that lasted an hour and a quarter.

Brady could not get revenge on his bitter defeat to the same rival in the semifinals of the last US Open, when she fell in the third set, after being more erratic by making 29 unforced errors.

The Japanese woman warned in her last press conference about the help she can give you experience in this type of dating after prevailing in the most delicate moments of a meeting in which relative equality reigned.

He extended his streak to twenty-one consecutive wins that were the main reason for his dominance in the last two Grand Slam on hard surface: his titles in Flushing Meadows and Melbourne Park.

With her victory over the American in the final on Saturday, which presented a great entrance of the public, she closed an unbeatable path in which she beat the Russian Anastasia Pavlyuchenkova, the French Caroline Garcia, the Tunisian Ons Jabeur (27), the Spanish Garbiñe Muguruza (14), the Taiwanese Su-Wei Hsieh and the American Serena Williams in the semifinals.