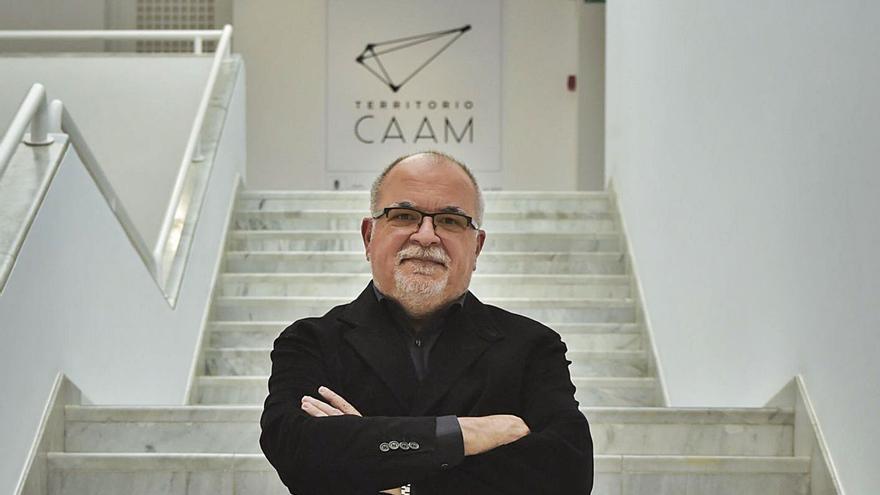 I hoped so because of the harmony of work that we have had with the current Minister of Culture and the island director. You always have to wait for the official confirmation, but I understood how all the work, the projects, the permanent dialogue we had was flowing, implied that it was going to be positive, and that’s how it was.

The renewal comes a month after submitting the center’s 2021 schedule.

It is the sequence, because it is what he played. And if you have the confidence to present the program that will be developed throughout the year, it seemed to me that passing the program also meant continuity. A formality that had to be done.

You were part of the founding team of CAAM, and on your return in 2015 you had the will to reposition it in the coordinates of tricontinentality from a perspective according to the sign of the times. Has that objective been achieved?

I still think these principles were fundamental, and the objective, as you say, was to reposition them in the space and time in which we live, operating on what it means to claim, make visible and research in art in the Canaries and their relationships. Along with this, I continue to recognize the validity, as a singularity and part of our identity as CAAM, the tricontinental space, understood today in a space for global dialogue, maintaining those inflections. And all this from other fortunately different ways of operating, such as the parameters of equality, sustainability, integration and participation, which is something we have to delve more deeply into at the center. Commitments to which we cannot be oblivious, the vindication of issues that are fundamental. In the midst of all this development, we have been caught by the need to update the building, a reference after 30 years, and the update of those conceptual parameters, which have gone in parallel. As for the building, the first thing was to recover it in terms of its exhibition spaces, the basement had been completely covered and that vertical vision did not exist. Spaces were recovered and new ones were provided such as the chill out, the rest area that was hidden; the attic as a place of permanent use; the terraces for the concerts of the different music cycles; and vindicate the spaces of Balcones nº9, both exhibition and multidisciplinary. The renovation of the central building plus the implementation of the spaces is aimed at giving a greater possibility of diversity of activities and reaching other audiences. And on balance, the program that I have been able to design is three and a half years. When one joins there is a previous schedule, then the eight months of closure that we had, and which were fundamental to update the air conditioning system, which has to do with the conservation of the works, and is what allows you to exchange in a national and international standard for the reception of works.

The center will be under construction again at the end of the year.

Not everything could be done then and a second phase is undertaken between November and next February, in order to make it more sustainable. There are two very important actions: one is the renewal of the electrical system and the lights, which means that we are finally going from an incasdencent lighting, with heat and high consumption, to a cold one with low consumption. And that also has to do with the conservation of the works. The other important part is the restoration of the glass pyramid. Everything will help the center have a healthy body.

Sustainability, the climate emergency and equality have been inserted in the recent discourse of the CAAM.

There are issues that fall by their own weight and the assumption of commitments with the space and time that you have to live naturally entails assuming the commitment to equality, it cannot be otherwise, but it is associated with the assumption of sustainability. The fact that we have set up a sustainable classroom is a kind of guiding beacon, and a space for permanent action, where the first ones to make self-criticism are us, and that helps us to permeate all the activities we do and that also serve to work in other areas of the Cabildo beyond the border of the center itself. Next year, and it will have to be approved by the board of directors, we will have as our main theme, just as in this one we have Dance ?, we will have a great project on sustainability in collaboration with the Museum of Contemporary Art in Belgrade.

The CAAM celebrated its 30th anniversary in December 2019, the prelude to an unprecedented health crisis, which forced the activity to be redirected to the pandemic situation.

The 30th anniversary served to mark the commitment to save a debt with the avant-garde art in the Canary Islands, which has to do with a historical review, but it is not by chance that the centenary of the birth of César Manrique coincides with us addressing the Universo Manrique project, oriented to sustainability and its fight for the conservation of the environment. César is a benchmark, and this centered on the 30th anniversary marks a line of action. As for the pandemic, if there has been something positive, it is that it has forced the administrations to also place ourselves in the space-time that we live, and we have done so with respect to the level at which we should be in virtual programming. The activities we launched during the pandemic have activated the participation of the public and artists, and allow us to access a broader national scope. The combination of the two spaces of action is the balance that has come to stay and places you in the present moment. More and more people are coming to CAAM. If we analyze the set of visitors in 2019 with 2020 and what it meant, let’s say the closure and the fear of returning to that relative normality, we have decreased by 50 percent, and it is not so serious from my perspective, we went from about 40,000 to the half. But we detect a few days of greater comfort, which has to do with going out with the family, or groups of several people depending on the level we are at, especially Saturday and Sunday mornings. There is a huge desire to consume culture, and when we can normalize the situation I trust that we will have more public.

What remains to be done at CAAM to place the center in its rightful place in the current context?

We are going to continue delving into the center’s own identity, which has to be enriched. The assumption of these commitments with society and the planet, the defense of art and culture as a space of freedom, a critical space Contemporary artists question reality and from there, spaces for critical action are generated within a normality of dialogue . My dream? They asked me in an interview in Metropolis, to turn this into a great agora where many things happen and many encounters take place, with dissent and dialogue, and without violence, not to reach the extremes in which we are right now. Convert the center into a space for critical action in a transversal way, where reality is questioned. Understanding today that an art center operates only from the creation of the visual arts is the central leitmotif, but I understand that there is a very important correlation with other manifestations of thought and creation. The CAAM has a responsibility with the investigation and visibility of art in the Canary Islands and with those figures that have been fundamental; a commitment also towards women in the field of creation, with human rights, we have the obligation to operate with the world, not turn our backs, and it is a way of reminding ourselves where we are.

This year’s budget is 3.2 million, 30 percent less than last.

We have been able to fit in quite well because we went into construction and somehow compensated. The readjustment also has to do with the pandemic. Faced with the bankruptcy that it meant for artists, projects were activated to help the closest sector of art and culture. That led to activities being generated with artists from the islands, such as Conversations from my studio, which we hope will have continuity because it was essential that we be able to take the pulse, the record of time, in those dialogues with artists, critics and writers. It will be an important publication for the future, how some 50 creators have experienced the closure. Like the In / out exhibition, which allowed us to take the pulse of the closest Canarian creation, with artists of the highest level.

Dance? It is the seasonal bet. A poetic wink in a year where dancing has been taboo?

Culture has great power to help us in our self-esteem, to recognize ourselves in it as a fundamental value, but on the other hand in this project is how the different creative spaces interrelate and in what way they are contaminated and how it is more difficult to define. It is questioning if this is really dance. A review is proposed from those choreographers who join contemporary art, almost visual artists; and another stream of artists who use dance as a motive for expression.

The story of the avant-garde in the Canary Islands rescues the work of La Palma tree José Martín, Lola Massieu and Baudilio Miró Mainou.

We have been doing the sequence of tributes for years. The case of Juan Hidalgo was the most unique; we had had two major exhibitions and it was essential to pay tribute to him, I think he is the most transcendental of the artists who has set trends and lines of work, Manrique in terms of ecology of course, but Juan Hidalgo in terms of visual poetry, music , installations, photography, opens many paths. This year marks the centenary of Lola Massieu and Baudilio Miró Mainou, two artists who were friends and contemporaries, and there will be different activities around their work and career. For 2025 we have one of the historical debts, the great anthology of Martin Chirino. Review the artist from the perspective of that year, which we will do with the Foundation, and it will be an important and pertinent exhibition.