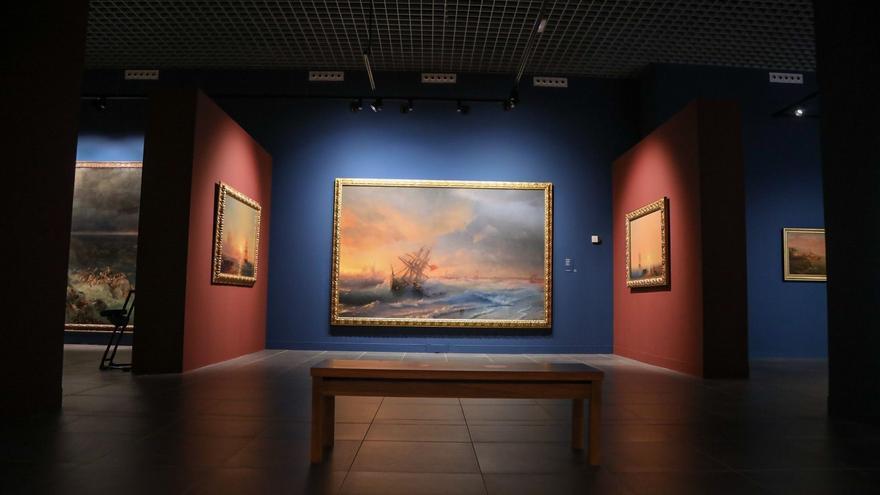 On-site activities with reduced capacity and open bar in virtual events: Spanish museums prepare to celebrate International Museum Day tomorrow with extensive programming adapted to the pandemic And that includes from broadcasts on Instagram and Tik Tok to visits of vaccinated elderly people in the Prado.

Open doors, concerts and guided tours, all with reduced capacity, are once again part of the International Museum Day this year, a day that is celebrated all over the world and that this edition has the motto ‘The future of museums: recover and reimagine ‘.

In 2020 the museums were closed tight due to the confinement and, although this year the restrictions are far from disappearing, the centers throughout Spain have not wanted to miss the opportunity to celebrate their day, which is organized every year by the International Council of Museums (ICOM). Museums accumulate more than a year of loss of visitors and box office, although a slight increase in the public is beginning to be noticed, according to what the director of the Prado, Miguel Falomir, explained at the end of April.

That month, the museum reached 3,000 visitors a day on average, far from the 9,000 before the pandemic, but a milestone after more than a year of empty rooms.

“There are very beautiful things that we are observing now and that is the population that has received the vaccine is beginning to return and returns to the museum. Museums are part of society and echo how it evolves, “Falomir explained then.” Change, innovation, participation and interaction with our communities are the keys to this year. The situation is still dire in many countries. We are recovering, but slowly, even in Europe “, sums up Alberto Garlandini, president of the International Council of Museums (ICOM).

The Ministry of Culture has announced that the European Night of Museums, which was traditionally held in conjunction with tomorrow’s session, is moved to July 3.

The following are the main activities organized by museums throughout Spain on the occasion of the International Museum Day.

Prado Museum: Open doors – prior reservation – and, for those who cannot attend, a score of replicas of works will be installed in the streets of Madrid. Its website will host an interactive adventure for the little ones and a group of older people who have been vaccinated will visit with employees of the institution.

Reina Sofia Museum: The MNCARS has organized reduced visits (no more than six people) to its restaurant department and its library and the traditional Radio 3 concert, all in a reduced format. Tomorrow, Tuesday, on its website, will take place “Dissent and care. Reinventing the museum”, a debate with personalities from centers around the world that will address the present and future of museums.

Thyssen-Bornemisza Museum: The museum holds open doors (by reservation) and two virtual meetings around the motto proposed this year by ICOM, one for professionals and the other for all types of public that can be followed through its website and networks.

National Museums: Admission to the sixteen national state museums will be free throughout the day tomorrow, an initiative that will be accompanied by a program of virtual initiatives from all public centers.

The National Archaeological Museum: It will broadcast a guided tour on Instagram, as will the National Museum of Roman Art, which will also carry out a night tour through YouTube.

The Sephardic Museum: has prepared the virtual meeting “From Berlin to Toledo, two Jewish museums in conversation” and the del Greco has planned a virtual reading of crossed poetry together with the Lope de Vega House-Museum.

National Heritage: Doors open until full capacity is reached in the twelve Royal Sites and Royal Monasteries of Castilla y León, Madrid, Extremadura and the Balearic Islands of the entity.

Sorolla Museum: Tomorrow he shows an unpublished work by the painter, “Caballero con banda” (1882), which has just been restored, and will plant a rose that he has created with the name of the artist’s wife and founder of the museum, Clotilde de Sorolla. It also proposes a photographic contest and a virtual watercolor workshop.

Museum of Natural Sciences of Madrid: Online activities for all audiences, with two workshops to classify animals and fossils, and a guided tour led by a scientific popularizer. All prior reservation.

Royal Academy of Fine Arts of San Fernando: The centenary institution has programmed a “flashmob” at 12.00 in which an opera singer and a choir intervene, the show with music and dance will end in the courtyard of its building.

In Malaga, the Carmen Thyssen Museum, the Picasso Museum, the Center Pompidou, the Russian Museum Collection and the Picasso Birthplace Museum have organized an open day and guided tours and space activities.

MACBA: Open doors. On the occasion of the presentation of the MACBA Collection Manual, three round tables are organized in which artists and researchers who have collaborated in this edition participate.

MNAC: The museum proposes several virtual activities. A live commented tour of the Sant Climent de Taüll room and an introduction to “The Battle of Tetuán”, by Fortuny. Both through the Patrimoni Gencat YouTube channel.