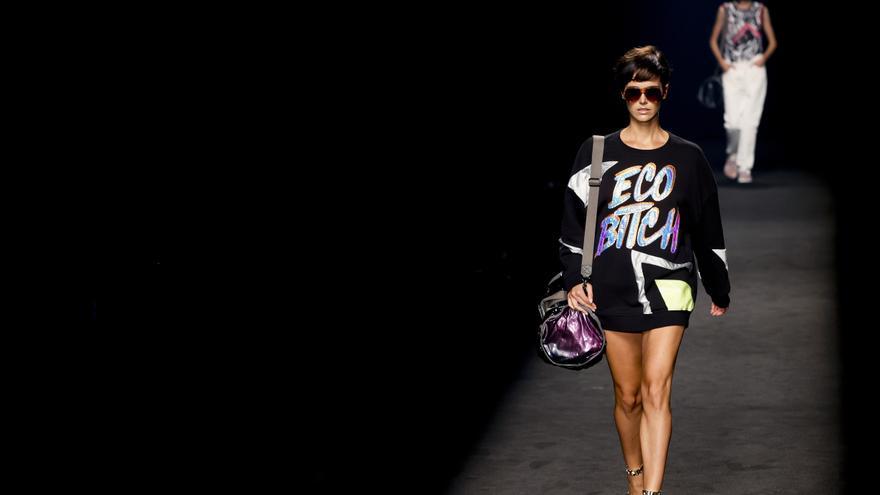 Madrid, Sep 18 (EFE) .- The Madrid catwalk has closed the day with the shows by Marcos Luengo, Custo Barcelona and Otrura, an edition in which designer fashion dreams of seeing the light at the end of the tunnel, with which aims to revitalize sales and attract the consumer again.

Custo Barcelona, ​​little friend of setting limits – he is the one that has presented the most extensive collection with 56 styles – assures that he is “optimistic. Fashion will be reinforced” after the sales crisis caused by the pandemic, he told Efe.

While Marcos Luengo, who warns of tension in all areas of this business, is committed to “banishing complaints and all rowing in the same direction”, in favor of fashion. A job that requires effort from which “you come out tired, but reinforced”.

The Asturian has presented a very well structured collection, based on the painting by Rubén Martín de Lucas, which refers to the philosophy of Masanobu Fukuoka, author and forerunner of natural agriculture.

“It is a multi-seasonal collection, created from sustainable materials”, where the color of the pictures is transferred to the color palette of the garments with intense greens in dresses, sleeveless coats, flowing pieces that hug the body with bodices and belts .

A collection to which for the first time he has incorporated a men’s line, a section that his daughter Carmen has been in charge of, after studying in Antwerp (Belgium) and Milan (Italy), where he presented a “fashion film “with its first collection.

Pieces that complement the women’s collection along the same lines and that Carmen Luengo defines as “classic, with a youthful, ageless point”. Nine “looks” made with the same linen fabrics and natural materials such as hemp, recycled nylon and organza.

With a kimono as the star garment, there is no shortage of bombers and “oversize” pants, with which the young creator presents her own identity.

Minutes before, Custo Barcelona presented -expanded- the collection with which he paraded at New York Fashion Week with a very direct message “I Trust Me” (“I believe in me”) directed by a woman who has confidence and security in herself “who dresses with risk and emotion”.

Dresses, tight, ultra-short, geometric openings with black as the protagonist, a color that until now had been ruled out for the summer, which is accompanied by its traditional metallic, fuchsia and white glitters.

There is no lack of a swim capsule in which micro bikinis in jacquard fabrics with lurex and graphics stand out, and which the Minister of Science and Innovation, Cristina Morant, did not want to miss.

The designers Sergio Lázaro and Verónica Abián are the soul of the Otrura firm, a house “of contemporary fashion” that makes an emotional seam, on this occasion it presents in the intimacy of the retur, cotton fabric with which the prototype of the garments.

“The garments are in process, unfinished, so that it is made as you want,” explains Lázaro who believes that “you have to break with the paradigms and reinvent yourself, you have to be a craftsman of your own dreams.”

Innovation and sustainability are crucial values ​​for this firm that shows recostura, “that is to say, converting old pieces or trousseau into garments that are spatial and have emotion for the person”, details Verónica Abián.

And under this idea it has presented old tablecloths converted into simple dresses or embroidered fabrics from the end of the 19th century into a bomber jacket, simple pieces with great personality, without artifice.The entire collection is a universe dyed with light and soft tones like nude, beige and green, with the appearance of gradients towards black.

Cold tailoring wool, corduroy, cotton and light alpacas indicate that “the new luxury is the material”, explains this designer who, concerned about the environment, works with a denim in which no water has been invested.

Isabel Sanchís, present in more than 40 countries, showed this Saturday morning an extensive collection of party dresses in which pleats stood out.

While Pilar Dalbat has closed her tribute to Mariano Fortuny, which is commemorating the 150th anniversary of his birth with, with garments inspired by Venice reinterpreting his mythical pleats.