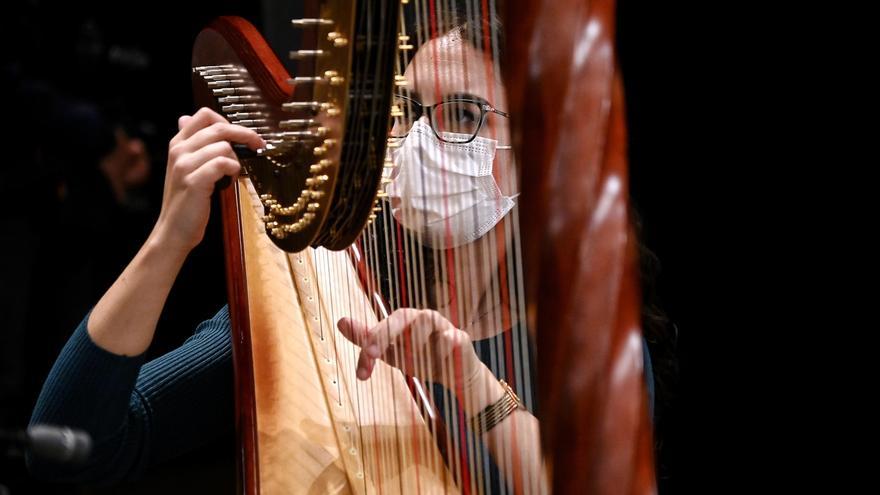 Madrid, May 8 (EFE) .- The end of the state of alarm will not mean the end of the restrictions, which will now be decided by each Autonomous Community, which means that in the world of culture there will not be a great difference with respect to the situation current, although the sectors consulted by Efe, live music and cinema are optimistic.

“The fall of the state of alarm will have a positive impact on live music. The end of the curfew and the perimeter confinements will help to normalize the concerts and should facilitate the reactivation of ticket purchases”, says Albert Salmerón, president of the Association of Musical Promoters (APM).

In this sense, it stands out the restrictive measures that “have made the logistics of the concerts difficult, leading to constant changes, such as modifications in the curfew hours or various confinements that have forced us to new event schedules and to return tickets by all these reasons or even the postponement or cancellation of the concerts “.

Along these lines, Kin Martínez, president of the Es_Música musical federation, has asked that the rules adopted from here be “in a unified way” in terms of health and safety, with “a protocol for this sector that has demonstrated be safer than other activities. ”

“That the powers of each autonomous community allow them to adopt their own criteria is terrifying for the entire music industry,” he said.

Martínez recalled the “urgency” of taking these measures before the “planning” of the summer campaign, which is being carried out right now.

With 80% of movie theaters open since they recovered activity at Easter, exhibitors are more aware that large distributors decide to release the potential blockbusters retained on the calendar due to the pandemic than of the end of the state of alarm. .

Borja de Benito, spokesman for the federation of exhibitors FECE, points out that the only thing that could affect them from the end of the state of alarm is the elimination of the curfew, but even that is not clear and the situation is one of “uncertainty.”

“Without a state of alarm, what the Autonomous Communities will not be able to regulate is a curfew, but they can say that businesses have to close, for example at eleven o’clock,” he points out, so that finally the decision will be on the roof of each autonomous government.

“After a year we are used to having 17 different laws,” he says. Since the restrictions began, FECE has been demanding a standardization of the measures. In fact, in each autonomous community they have different percentages of capacity -from 30 to 75% -, alert levels and different food policy.

After a 2020 that closed with a drop in box office revenues of more than 72%, De Benito believes that we will have to wait for the summer and the most commercial releases to certify the recovery, but his expectations are good.

The optimism is due to the fact that they have been recording revenues of more than two million euros for five weekends in a row – when previously they were 300,000 to 500,000 euros – and that with independent films and reruns.

The fashion sector, however, is not too optimistic. “There is nothing clear, the virus exists and therefore it is understood that the restrictions will continue to be active,” the president of Acotex, Eduardo Zamácola, explained to EFE, who believes that “there will be few changes with respect to the existing ones”

The consumer is aware that they are not infected in a clothing store, “they are not afraid to go shopping”, the problem is that if there are no meetings, parties or weddings, “you cannot release a dress or a suit, for therefore you are not going to buy it, “he adds.

He believes that, even if the state of alarm comes to an end, “be prudent and wait to see what measures are taken”, adds Zamácola, who warns that what is true is that the fashion sector sees how this year sales also disappear due to meeting limitations, “events that are a large part of the turnover of the business for the whole year.”

After the celebration last Sunday of the first celebration in Las Ventas after 18 months of closure, bullfighting fans were optimistic, but they do not have the same opinion from the sector.

The farmer and president of the Toro de Lidia Foundation, Victorino Martín, sees the situation as “very uncertain.” “At the moment we do not know either what we are going to stick to (…) Everything depends on the autonomies and each of them has a different opinion.”

“But within that uncertainty I see some positive things, the first thing that there are already many people vaccinated and then that there are some autonomies that have already begun to open their hands such as Castilla-La Mancha, which allows 75% of the capacity, Extremadura, that allows 50% or the Community of Madrid, with 40% “.

“Also that Madrid (Las Ventas) has finally given its first bullfighting celebration, with 6,000 people and without any described case is already a guarantee, since it allows us to see some light at the end of the tunnel,” he added.

THEATER AND ART, WITHOUT CHANGES

In the case of theaters, they have been adjusting their schedules according to the regulations imposed by the curfew in each Autonomous Community, to the point of scheduling some morning performances and the early afternoon at 16:30.

However, once the state of alarm has ended, the intention of the theaters is to continue maintaining the same schedules until the end of the season, at which time they will study other alternatives.

And the museums, the only point that can affect them is the capacity, which may vary depending on what each Autonomous Community decides.