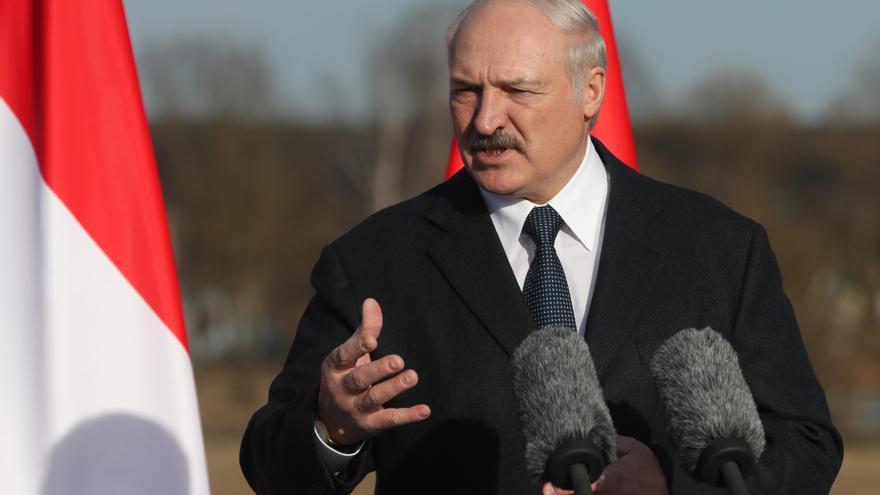 Moscow, May 23 (EFE) .- The Belarusian opposition today accused the regime of authoritarian Alexandr Lukashenko of diverting a plane to Minsk that was traveling to Vilna, the capital of Lithuania, with the excuse of a false bomb warning to arrest a journalist opponent who had fled abroad.

“The regime forced a plane to land to arrest Roman Protasevich. He faces the death penalty in Belarus,” denounced Svetlana Tijanóvskaya, an opposition leader in exile, on Twitter.

Protasevich, a former director of the Telegram channel Nexta declared in search and capture, was detained after the Ryanair airline plane he was traveling in made an emergency landing at Minsk airport due to an alleged bomb warning.

The reporter, who was traveling from Athens to Vilnius, was arrested when the passengers were forced to undergo a new check at the Minsk airport.

The journalist, whose medium was the main source of information during the first weeks of anti-government protests after the fraudulent presidential elections in August 2020, had noticed that he was being followed in Athens, allegedly by agents of the Belarusian KGB.

At the Minsk airport they reported that it was the pilots themselves who requested the emergency landing, while at the Vilna airport they spoke of a conflict between the pilots and some of the passengers.

Nexta maintains that it was the KGB agents who raised the alarm about an alleged explosive device inside the device.

Sources close to the Presidency reported that it was Lukashenko who ordered in person to intercept the plane, which was escorted by a MiG-19 fighter, with the supposed purpose of defending Europe from a threat to its security.

“The regime has threatened passengers on board and all civil aviation to repress a person (…). We demand the immediate release of Roman, an investigation and sanctions against Belarus,” Tijanóvskaya said.

Last November the Instruction Committee accused Protasevich and Stepan Putilo, founders of Nexta, of organizing mass riots and instigating hatred against officials and the police, after which the KGB included them on the list of terrorists.

Hundreds of journalists have been arrested and almost a dozen have been in prison since the outbreak of the protests in the former Soviet republic, which is why it has been listed as the most dangerous place in Europe for the press by Reporters Without Borders.

This week several of the workers and reporters of the popular opposition portal tut.by, whose access was blocked in the framework of a criminal case for tax evasion, were arrested.

According to local press reports, the well-known opponent Vitold Ashurok, who was serving a five-year sentence for participating in protests against Lukashenko, died under strange circumstances in prison.

This same week, Lukashenko promulgated a national security law that expands the powers of the Police and other state forces, which will be able to use military weapons to suppress mass disorders.