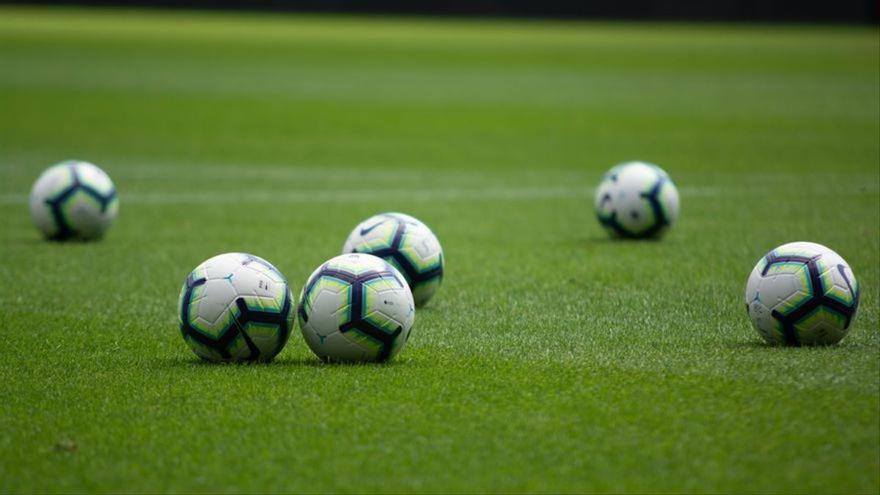 Something is moving in the audiovisual sector in Spain. One of the most important television content auctions in this industry is approaching: soccer. Pay television operators, platforms and production companies have their sights set on the fall. By then it is expected that La Liga, the entity that sells the broadcasting rights of the Spanish championship, will launch this product on the market. It is a millionaire business, both for football clubs and for the platforms that issue it and the auction will come at a time when the former seek to get out of their tight economic circumstances after the pandemic and the latter, reduce the inflation that has had football.

What is on the table are the rights to broadcast the Santander League and the SmartBank League, as the first and second division championships are commercially known. The rights belong to the League, the employer's association that encompasses the 42 teams that make up both competitions. The next season, which begins in the middle of next month, already has someone to broadcast it, but not from next summer. The last auction left Telefónica as the main winner, with the rights to broadcast 8 league games each week and the "great game", which includes a Real Madrid or FC Barcelona match. Later, it shared these rights with Orange in the wholesale market.

The date for the new auction, the period it will cover and what packages will be sold is unknown at the moment. Sources in the sector point out that no movements are expected before September, but from then on they count on the moment to open up to seize these rights. The different interested parties consulted by this means acknowledge that they are waiting to know the details of the new auction before deciding whether or not they will attend it, concerned both about the price and the distribution model.

The president of La Liga, Javier Tebas, advanced last month his intention to make modifications to this process. In the previous auction, eight games were sold separately per day, the aforementioned "great game" and an open game. The first two remained with Telefónica, while Mediapro took over the last one and with the broadcasting rights in bars. The manager has opened the door to break with this method and sell other packages or even for days, which could result in the entry of new competitors in the broadcast of football.

"There is going to be a change in strategy when it comes to setting up the 'tender'. There are going to be many lots, very different, and in four different 'subtenders'. There may be as now, eight in payment, the great game and one in open; but there may be seven on one platform, three on another and three separate days, "he assured at an event organized by EFE. At this point, he gave as an example the case of Amazon in the United Kingdom, which has the rights for some days, such as the famous "Boxing Day", which is celebrated in the middle of the Christmas period.

With this, the manager would be trying to introduce the American giant in the competition for soccer rights for its Prime Video platform, as recently detailed by 'El Confidencial'. Amazon has the rights to certain matches in England and those of the Champions League in Germany or Italy, which would confirm the interest of the e-commerce multinational in offering these products. In Spain, for the moment, it has not been lavished in the world of sports, beyond the production of certain documentary series. This medium has tried, without success, to contact La Liga to confirm this interest, while Amazon has declined to assess the process.

Although in the sector all possible interested parties avoid confirming their presence in the auction, it is possible to venture who can participate. The main actor is Telefónica. Three years ago, the company chaired by José María Álvarez Pallete made a strong commitment to football rights, winning the broadcast of La Liga and the Champions League for about 4,000 million euros. Now it is expected to play a starring role in the next auction. However, the company has warned that it will not do so at any price, betting on a reduction in the cost of these rights.

"The situation of football does not allow the same levels of investment and is linked to the quality of the product you offer," Emilio Gayo, president of Telefónica's Spanish subsidiary, said in the spring. "We will assess the tender and make decisions when it occurs, but we must put them at their corresponding value," he said, noting that he will not attend "at any price."

The arguments are repeated in other actors in the sector. Another of the companies that has participated in the past and which is counted on for the next auction is Orange, although it has advocated in the past for accessing the rights that Telefónica is obliged to offer in the wholesale market. Thus he obtained access to the broadcast of the last two seasons of La Liga. In this way, Orange avoids having to bid for the entire package and Telefónica reduces its bill for being able to offer football to its customers. However, the French company has repeatedly stated in recent months that you do not agree with the prices you have to pay. Specifically, it protests the values ​​that the CNMC imposes in order to access this wholesale market. "Soccer and the entertainment industry no longer produce what they used to and must be taken into account. Furthermore, the regulated formula in Spain is not the right one," said the president of Orange Spain, Jean-François Fallacher.

It remains to be seen how La Liga's attempt to introduce changes in the distribution of television rights remains and if that translates into the entry of new competitors. There are actors, such as Amazon, who are present in the distribution of television rights in other countries. Or Dazn, the digital platform that has made a dent in Spain with the broadcast of sports competitions such as the Premier League, Formula 1 or the Euroleague basketball. Asked by this means about its possible participation, this company has ruled out commenting on a potential interest.

Nor should we forget an actor who has had a clear role in football rights in the last two decades: Mediapro. The Catalan company has been very active in its bidding for emission rights, not only in Spain but also in other countries. However, in the 2018 auction he was left only with the broadcast in bars and the open game, on his Gol TV channel. It has also reaped some setbacks, as in the case of the French league, where it ended up withdrawing the concession. The company is waiting to know the details of the new auction in Spain and until then it avoids specifying whether it will participate or not.

Who will not be is Vodafone. The British company was the first to get off the football train in Spain in a risky bet by deciding not to broadcast any competition on its pay television platform. The operator then criticized the prices of this sport and the complicated subsequent marketing of this product to achieve a return on investment. In a similar vein, MásMóvil is moving, the fourth company in the sector, which is immersed in the merger with Euskaltel, rules out entering the dispute for these rights, alluding to the inflation that this product has had.

Spain would not be the first country to experience a reduction in the prices of these rights. The English league or the Italian Seria A have also seen in recent competitions that the auction has fallen below what was charged per season in the previous award. On this trend, Tebas was "optimistic" last month, although he acknowledged that "we are not going to grow in double digits, that has ended for a period of time." "We equalize or we grow," he settled. La Liga's television rights have risen from 685 million per year in 2012/2013 to 1,151 million per year since 2019.

Soccer clubs come to this process in a difficult economic situation, with a sharp drop in income due to the pandemic and having had their stadiums closed for a year and a half. La Liga teams gamble a good part of their income in this auction. According to UEFA data, 42% of the income of Spanish clubs comes from television rights. Only Italy or England have a greater dependence on this income. Of course, with inequalities. The richest clubs receive three times more than the average income per team.

Soccer rights have historically been a controversial subject, repeatedly becoming the famous "soccer wars." The latest controversy that has been experienced in this sector has recently been the wake-up call made by the National Markets and Competition Commission (CNMC), which has forced the Royal Spanish Football Federation (RFEF) to reformulate the proposal to commercialize the emission of the First RFEF, as it will be known from the next season to the 2ªB. According to the organization, the federation failed to comply with the rules on audiovisual rights in its specifications. Competition already opened in December a sanctioning file to the Federation for the audiovisual rights of the 2ªB in the past season and rejected up to five times the specifications of the rights of the Super Cup broadcast.