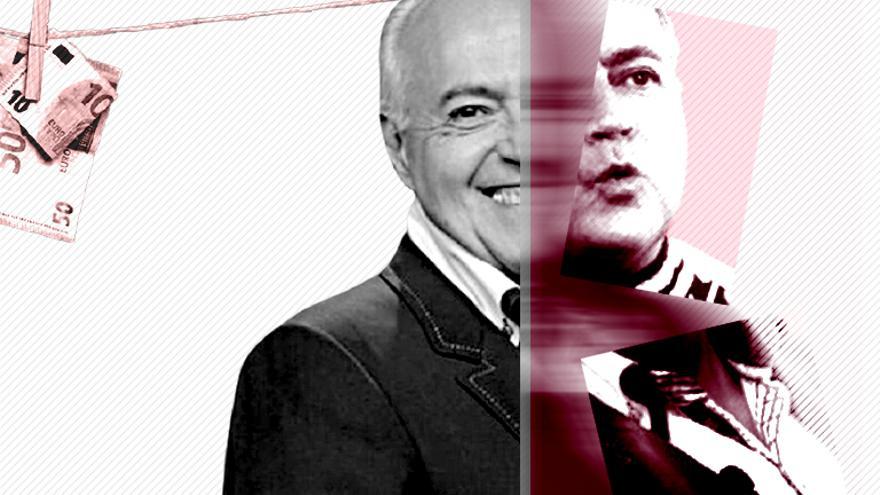 This Christmas should have been the first for José Luis Moreno with a fixed residence outside of Spain. Last winter, the businessman's plans were to leave behind the "pollution" that he detected around him and settle in Los Angeles, perhaps London, or in the Maldives, where he planned to build a hotel. But Moreno did not make up his mind and on June 29, the service of his mansion in Madrid woke him up to let him know that he had a visitor: the guards carried an arrest warrant of the National Court that the producer would read in a robe.

Six months later, José Luis Moreno is still in Madrid, from where he pleads to have the bail of three million euros lowered even further - the judge has just lowered it by one million - that he had to deposit to avoid jail accused of leading an organization of high-flying scammers. “I have already lived a life abroad and I am very organized, what I have to go is outside of Spain urgently. All outside expenses are paid outside. I am as if I lived another life and it is the one I want, but definitely now. I don't have to contaminate myself here with anything. In addition, I have everything very organized, very regulated, ”José Luis Moreno told one of his collaborators by phone on February 25, 2021.

At that time, the investigators had already tapped the businessman's phone. Spaniards did not know at the time that in three months they could be distracted from the news of the pandemic with one of their favorite pastimes: the fall from grace of an icon (from another time). Installed in the memory of several generations, José Luis Moreno had always been famous, but not entirely popular. Banner of a genre of entertainment that has since disappeared, ventriloquism, his luxurious life, his arrogance and the enemies he had left in the entertainment world made him the perfect target of an ill will that manifested itself in 2008, despite being a victim of a assault on his home including death beating.

Recent Spanish history is too short to offer judicial objectives as carpetovetonic as José Luis Moreno. Since 2007, with the arrest of Isabel Pantoja, such a character did not appear in an arrest warrant kitsch. The expectation has been so great that television has filled hours and hours talking about an operation against economic crimes so devoid of spectacularity that without José Luis Moreno it would have gone unnoticed. The civil guards and police leading the investigation prepared the icing on the cake: the Operation would be called 'Titella', a puppet in Catalan.

The summary that instructs the Court of Instruction number 2 of the National Court brings together the names of more than 700 companies that are members of a network used by the criminal organization to launder money scammed from public and private investors. The investigations indicate that Moreno lent his name as a "business card" and requested huge volumes of financing for supposed audiovisual projects. Then the money was gone. With good reason, Moreno spoke that he had an organized life abroad: investigators are still tracking the money, but in a June report they estimate the businessman's fortune outside of Spain between 400 and 900 million euros.

The organization investigated in the Titella operation begins with the investigations into two allies of Moreno, Antonio Luis Aguilera and Antonio Salazar, who, at least since 2017, were engaged in fraud and fraud of banks and private investors, to forge checks and promissory notes and money laundering. Once they came into contact with Moreno, he would be at the head of the band along with Aguilera. José Luis Moreno got the funds and Aguilera and Salazar would put their "extensive knowledge of banking and commercial operations" to create the network of companies and divert money from loans and grants, according to the researchers.

Through monitoring the organization, the agents verified that Moreno and his collaborators were adapting to the circumstances. "At present they are benefiting from the ICO credits that are being granted as a result of Covid 19, since they say that they are the easiest to obtain and that the banks are willing to grant them," they informed the judge shortly before the arrests . Or not so eager: the agents themselves point out in their report that suspicions fall on “a number of directors of banking entities who, at least, are collaborating with the organization, ignoring due diligence when approving financing operations that they present you ”.

That June 29, after Moreno's arrest, another 52 people were arrested. Among them, several branch directors, workers and businessmen close to the producer, his niece, his lawyer and a notary who was paid by the organization. According to the calculations of the Office of the Prosecutor, the network was able to cause "damage estimated at around 85 million euros." The destination of that money were countries such as Switzerland, Panama and the Maldives. Among the organization's projects was also to create a bank in Malta designed for economic crime.

The search of Moreno's mansion became the focus of attention on June 29. Luxury cars, safes ... finally the police only found 4,000 euros in cash in the house. The producer spent two nights in the jail, but managed to avoid jail after covering with a mortgage guarantee the bail of three million euros that the judge of the National Court Ismael Moreno imposed on him. After the reduction to two million, his defense continues to fight to stay at one million or disappear that precautionary measure.

In the following hours, the methods used by the organization were revealed. The terms "shell companies", "front men" and others less known as "check ballot" were repeated, a practice consisting in which a company writes a check in the name of another and this company collects the amount in the bank. When the branch realizes that there are no funds in the so-called branch - there is an "interbank repayment period" that lasts around 72 hours - the company that has collected the money does the same with others and so on.

The plot's prosaic criminal activity was given a touch of sophistication with some interventions by Moreno. "It has changed some actors and is using different companies, but the end is the same: to get money by any means," the investigators warned the judge in the summer. They were referring to the 32 million euros that José Luis Moreno obtained from the Argentine magnate Alejandro Roemmers to film the series 'Resplandor y Tinieblas', based on the life of Saint Francis of Assisi.

"Roemmers could be one more victim of the scams of Mr. Moreno, a private investor who had some capital in countries such as Argentina, Panama or Switzerland, whose origin is unknown, and who was introducing in our country helped by Moreno, waiting later to report benefits once washed, "the agents write. The money would have ended up in Moreno's companies through forged invoices. José Luis Moreno assures that he has shot 35 episodes of 45 minutes each, with international stars like Joan Collins, and that all the investment is justified. The filtration of some scenes caused criticism at the time for the low quality of a series that pretends to be from the period.

It is here where another key figure enters the scene, the Czech Martin Czehmester, partner of José Luis Moreno, head of the Youmore TV SL company and who will be questioned by the judge on January 18, in a new round of statements. Youmore TV is detected by the police as the only company that Moreno considered to be "clean" before his arrest. Investigators suspect that Czehmester transferred money obtained by the plot to the Czech Republic in an operation typical of money laundering. “Specifically, he owns high-class real estate abroad, specifically in the Czech Republic, he enjoys luxury trips on boats and private planes, he has the use of high-end vehicles of the best brands and receives money in their accounts, "they detail.

The summons of Moreno's partner has occurred when investigators detect that, after the arrest of the businessman, Czehmester has sold a house in the Czech Republic, in the crosshairs of the investigators. The summary contains a conversation between Moreno's partner and a collaborator in which the Czech expresses his misunderstanding of the businessman's situation, who would be "going through penalties when he has 500 million euros outside of Spain." "That I pay someone 200 million even if it is, to bring them," says Czehmester in that telephone jab.

There is a leg of the investigation of Operation Titella investigates money laundering from drug trafficking. The operation against Moreno was precipitated when on June 13, the agents intercepted an Opel Astra on the Barcelona-Madrid route with 1.2 million euros hidden in its trunk. The recipient of the funds for their entry into a bank and money laundering was Antonio Aguilera, one of the producer's top collaborators in the "economic" plot.