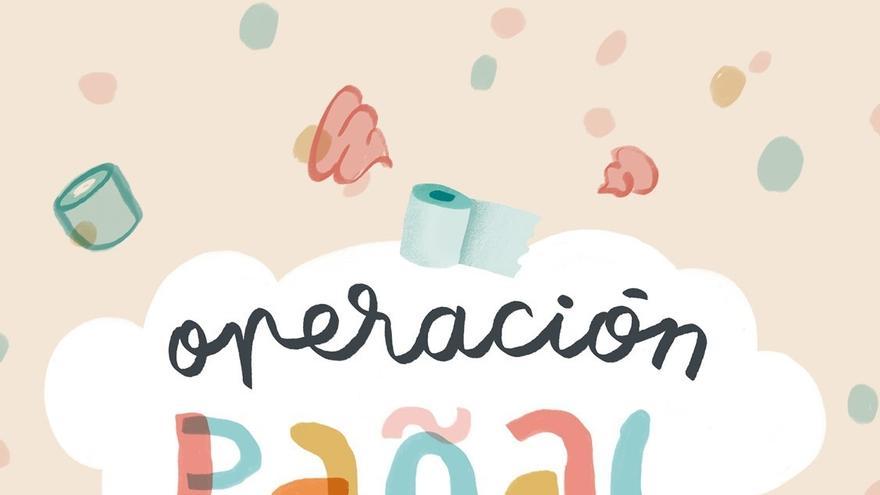 Madrid, Jun 29 (EFE) .- The complicated moment of the so-called “diaper operation” can be less traumatic if as traveling companions there is a friendly mouse or Lulú, two of the protagonists of the books with which the publisher SM intend to make this trip “playful” and “affective”.

But also, with these books with titles such as “Can I look at your diaper?”, “Lulú’s urinal” or “The book of the asses” from SM, according to the expert in children’s literature, Paloma Jover, it is achieved also begin to create the “reading habit” so that the little ones of all the houses become readers when the trauma of the diaper has already been forgotten.

Because if these brightly colored pages have something, all included in the “Diaper Operation” pack (already on sale) are adventures that will unite parents and children for a “little while”, just the time to share these readings.

“That moment encourages the habit of reading and we can take advantage of literature to make it a playful and affective space and accompany the child in all stages of its development, such as removing the diaper,” says Jover.

A “complicated moment” this, says the expert in children’s literature, which varies according to the time of year in which it is planned to carry out in each house. “It is not the same in summer as in winter,” he laughs when he admits that he has four children.

With these books, SM presents several models of conduct to be able to carry out this company and, above all, to have it come to fruition.

“They are told that what happens to them is normal and that they are going to get older, so they are works with which you give them space for communication so that they can see how the characters in these stories have done it,” he adds.

Because, he adds, if children’s literature has a power, it is that children have “spaces to express with words or texts their doubts, their fears, their uncertainties.”

In this sense, and as they are children’s books, SM has also designed pages in which the little ones will be able to feel the touch of the velcro of a diaper, or they will be able to discover what the poops that are under the diaper of a cow are like, a little pig or a bunny.

“With this we also promote the fine motor skills that the child will need in their development, it is reading conceived as a complete pack that turns the child into an active agent. And that is now very necessary because children need a lot of interaction and answers” Jover adds.

Likewise, “Operation diaper” has the complicity of two dolls, that of Lulú and that of the mouse, the two main protagonists of these titles that come out of the pages of the books to accompany the protagonists of flesh and blood at any time.

Two stuffed animals with which the little ones “bond”. “One thing that can be traumatic, you surround her with affection.” qualifies the expert.

With little text and a lot of drawing, they are also titles in which “with hardly any words” readers realize that what is happening to them is also happening to others.

“The key to education is a mixture of firmness and affection, firmness is having our ideas very clear, that the child is prepared, that you have a good context, and you mark the milestones. Then you surround them with all that affection, of that wonderful thing that is seen in the books “, affirms Jover.

As for the quite widespread controversy of who has to play a major role in the transition from diaper to underwear, the expert acknowledges that what must exist is a “very close connection between parents and school” because only then this ” intensive exercise “will be successful.

“It is the habit of accustoming children to toilet training, and it cannot be taught only five days a week and in a six-hour schedule. Close ties between families and schools are essential”, concludes this expert and mother of four children who does not doubt that literature is a great tool in the education of the little ones. EFE