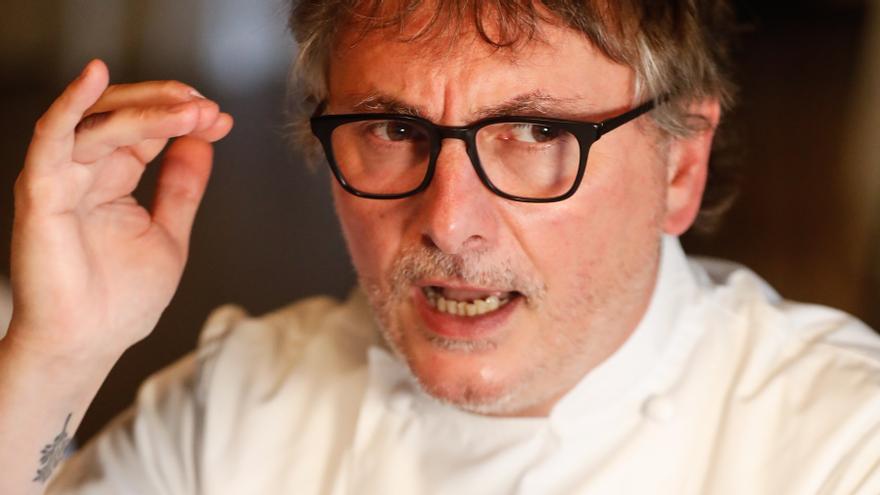 Errenteria (Gipuzkoa), Apr 30 (EFE) .- A clientele made up of 80 percent of foreign diners attended Mugaritz in pre-ndemic times. This Saturday, the restaurant that chef Andoni Luis Aduriz has in Errenteria (Gipuzkoa) begins its twenty-fourth season without even having the Spanish public insured.

"Opening Mugaritz this season is an act of faith," declared the chef from San Sebastian in an interview with EFE, in which he confesses that he already assumes that this campaign will end on October 31, to make way for the study stage and creativity, will return to the red as in the strange 2020, in which the restaurant started on July 31.

Aduriz assures that he continues to accumulate "quite a lot of debt" and is as in his first year, "in the starting box at an economic level", although he faces his work calmly, which gives not being new to the trade and being backed by a A trajectory that has raised it very high in the lists of the best restaurants in the world and to show off two Michelin stars.

He knows that he is a "privileged person" in a sector very punished by anticovid restrictions, although he sees the six months ahead as "a blank page", since he does not know the clients he will have in each service, because when he decided open on May 1 Euskadi had better figures and was not in the red zone as it is now.

Despite the uncertainties, the campaign has been planned like all others, with a concept born from the period of creativity.

"What we propose is a consequence of what we are experiencing. In this case we have reimagined the 'first times'," says the chef, who does not refer only to this unprecedented coexistence with the virus, but to his own personal experience, to the parenting who is enjoying "like never before" watching her 11-year-old son live many first times now.

And what can a client of haute cuisine be in Mugaritz? Well, for example, tasting tear peas in a glass of champagne, which is still somewhat difficult, but in this case Aduriz plays at "bothering", as he also plays at "bewilderment" winking at "insipidity".

"Despite the fact that Mugaritz reinvents itself every year, we continue to be ourselves and there are recurring ingredients that are coming in and out of the menu. If in other years we prepared a squid scarf, this one has a squid foam that is going to surprise," he explains. the chef, who emphasizes that textures "are as relevant or more than flavor."

"That has been one of our battles from the beginning. The elvers are more texture than flavor, they pay for the texture. Put some elvers in the Thermomix and puree them, it is not the same," he adds.

One effect that he admits to the pandemic is that it has wiped out the "somewhat worn" position of restaurants and customers. "Last year we saw that customers came with a naivety that we thought had been lost, we find people euphoric."

"In many cases, we no longer had that desire to receive people and make them the center of everything, and we perceive these new energies both from one side and the other. We have realized that there are no opportunities to lose. When they take you away things that were normal, take on a different value and meaning, "he emphasizes.

He adds that if they had taken the water away, "today taking a shower would be the greatest pleasure in the world." "But they have taken something from us that is typical of the human being, sociability. Eating in a restaurant is sharing, it is a moment of joy and fantasy. And suddenly they have taken away something that nobody had imagined could be suspended, in the air And you can see that desire, "he says.

His 2021 proposal is "a tribute to all this", highlights Aduriz, who has been inviting people whose works are creative for years when the menu is still a "sketch". For this season it has had the writer Juan José Millás, the paleontologist Juan Luis Arsuaga, the musician Niño de Elche and the writer and bertsolari Uxue Alberdi.

"They help us not to have an inbred vision of what we do. We take notes, we know how to listen and then we do what we want," he jokes.