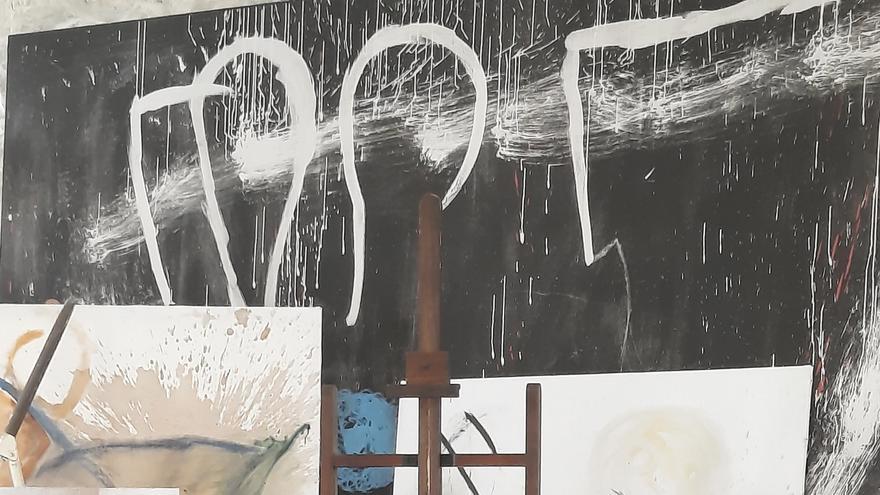 A Coruña, Feb 19 (EFE) .- “People flee from museums, they have to be reinvented.” The artist and rocker, as he likes to define himself, Joan Punyet Miró, believes that the great patrimonial weight of Spain “is blurred”, especially with the covid pandemic, and for this reason he is committed to “reinventing it with open-air museums, so that people flee the cities and meet again with emptied Spain “.

A Spain that, with its “sweeping art, gastronomy and landscape, costs us nothing”, says Punyet Miró (Palma de Mallorca, 1968) in an interview with Efe, on the occasion of the opening tomorrow of an exhibition with works by his grandfather at the Barrié Foundation in A Coruña.

The pandemic is forcing the art world to rise from the ashes “of a past that will no longer bring its head afloat,” says the artist, who assures that people want to be more in contact with nature and are already nomads digital, they have access to any museum through their mobiles and computers.

Hence, he is in favor of “directing public money to do concerts in the forest, sculpture exhibitions in a torrent of a mountain or a rock concert in a desert valley in Zaragoza”. “You have to reinvent yourself so that what is a problem today is the future tomorrow,” he adds.

In this puzzle, “the only thing missing is political will, art doesn’t give votes and people don’t give it importance.” In fact, he sums up, the international vision of Spain has been built by “Miró and Picasso, Cervantes and the great Zurbarán or Velázquez, the gastronomy and the beauty of our landscape”. “With art, gastronomy and the landscape of emptied Spain, we devastate, it costs us nothing”, he abounds.

Joan Punyet Miró, who defines himself as a recycling artist who has two rock bands, is also an art historian, curator, writer, poet and administrator of Successio Miró, for which he has proposed to include in the Coruña exhibition “Miró. Una collection “, a space dedicated to the creative process of his grandfather.

In this room you can see the great bronze sculpture Tête de Femme, from 1974, accompanied by all those that precede it, such as the preparatory drawings, the painted clay model and the plaster models, with the aim that the visitor has the opportunity to accompany the artist throughout his creative process, from his thought embodied in drawings to the completed work.

Miró was an artist who always had experimentation as one of his most important foundations of his creation, explains his grandson, and also tried to combine a great deal of freedom with chance, the intuitive and also the automatic.

“What is really important about the creative process of this sculpture room is that everything is born from a figurine of the Nativity scene that my grandmother made in the house in Mallorca, a clay turkey. He took that element from the Nativity scene, put it in his pocket and he went to Paris, “says Miró’s grandson, who comments that he asked a bronze foundry to make the upside-down figurine of a turkey from the Mallorcan nativity scene.

“He was a provocateur, there is the most poetic Miró who combined poetry with shock and the magnetic force produced by all kinds of objects that he found on a daily basis, at home, in the countryside or in the mountains of Mallorca “.

The exhibition, made up of 47 works by Joan Miró (Barcelona, ​​1893 – Palma de Mallorca, 1983), shows the “most experimental artist who was able to break with the past of academic figuration that Picasso could not do, the poet painter who could to contribute that his works were like a poem to music by a painter “.

Organized by Fundación Barrié in collaboration with Fundación Mapfre, the exhibition can be visited from tomorrow until May 16. In it you can see 40 of the works from the Collection that the Mapfre Foundation has in its “Espacio Miró” in Madrid, ceded by different owners as a temporary deposit of an unavoidable reference in the history of European painting, one of the greatest exponents of Surrealism and one of the Spanish artists with the greatest international projection.

The selection of these works is made up of 35 oil paintings on different supports, two drawings and two watercolors with Chinese ink, in which you can find paintings from different periods and with different motifs, such as constellations, women, birds, stars and others. type of characters. The rest of the works shown come from public and private collections.