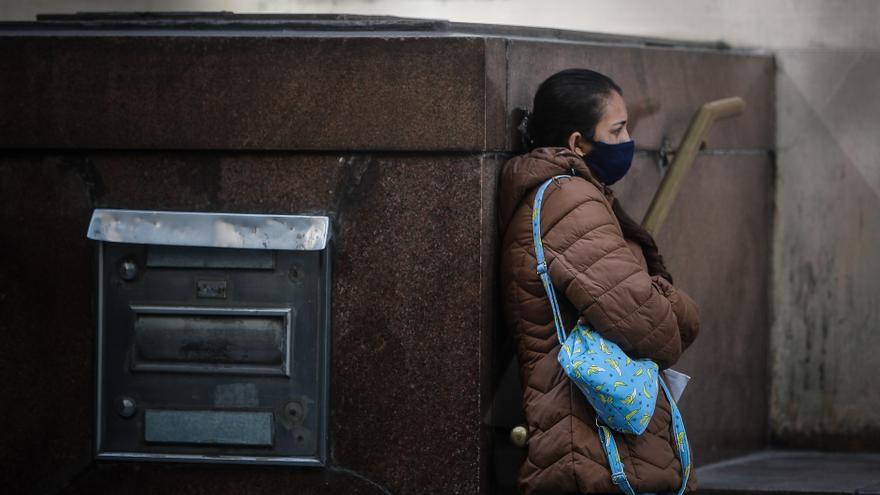 Most countries in the world are not taking sufficient measures to protect women and girls from the economic and social consequences of the COVID-19 crisis. This is reflected in the data published this Monday by the United Nations Development Program (UNDP) and UN Women, which show that the response to the pandemic in terms of social protection and jobs has largely ignored the women’s needs.

his monitoring mechanism of the global gender response a COVID-19 analyzes 206 countries and territories that have adopted 2,517 government measures against the pandemic. Of these, it has identified 992 measures in 164 countries and territories with a gender perspective. They focus on actions in three areas: those that address violence against women and girls, those that support those who provide unpaid care work, and those that reinforce the economic security of women, according to both United Nations agencies. .

The results show that only 25 countries, 12% of the total, have introduced measures with a gender perspective that cover these three areas, such as the creation of helplines, shelters or judicial mechanisms to counteract the increase in violence against women. and girls during the pandemic, as well as economic benefits directed directly to women, the offer of childcare services or paid leave for family reasons or due to illness.

Spain is one of the 25 countries that, according to the results, have gender-sensitive measures in the three areas analyzed, according to the UN Women and UNDP mechanism, and one of the highest number, 16 in total (10 out of gender violence, one on economic security, and five on support for care). Some Spanish actions that are taken into account are the telephone number 016, the right to reduced working hours, the minimum vital income or the contingency plan against gender violence during confinement.

On the other hand, their data shows that 42 countries, a fifth (20%) of all those analyzed, do not have any measures with a gender perspective in response to COVID-19.

In a press release, both entities highlight some positive examples, such as Bosnia and Herzegovina, which, they say, has developed a plan to support civil society organizations that run shelters; Colombia and Sweden have provided or will provide financial resources to support survivors of sexist violence. In response to the care crisis, they note that Argentina has increased monthly child benefit payments and that Australia and Costa Rica have ensured that daycare services remain open during closure.

They also exemplify Austria, Cyprus and Italy have granted additional family leave to affected working parents or Canada and South Korea, which have introduced cash benefits for parents affected by the closure of schools and daycare centers. On the other hand, Togo, Georgia and Morocco are providing cash transfers or subsidies to women entrepreneurs and traders in the informal economy, they point out.

Measures against gender violence, the main

According to the data provided by the mechanism, the response with a gender perspective varies widely between countries and regions. Europe is leading the response when it comes to tackling violence against women and unpaid care: it accounts for almost 32% of all measures against violence and 49% of all measures to address non-care work. paid. America is the one with the highest number of measures aimed at strengthening the economic security of women, followed by Africa.

“It has become clear that the COVID-19 pandemic is severely affecting women: as victims of violence in the private sphere confined with their aggressors, or unpaid caregivers of a family or community, or workers in positions without social protection . The Global Tracker helps governments make the right policy decisions, as it allows sharing good practices and tracking progress in policies and care measures that help combat violence against women, ”says the executive director of UN Women, Phumzile Mlambo-Ngcuka.

Overall, the data show that governments have primarily focused their gender-sensitive efforts on preventing or responding to violence against women and girls. These measures represent 71% of all measures: 704 measures in 135 countries. Of these, 63% focus on strengthening essential services, such as shelters, helplines and other complaint mechanisms. However, only 48 countries, less than a quarter of those analyzed, considered services related to violence against women and girls as an integral part of their national and local response plans to COVID-19, and very few they provided adequate funding for such measures.

Meanwhile, the response on social protection, care and employment crises has been largely blind to the needs of women, with only 177 measures (10% of the total) in 85 countries explicitly aimed at strengthening security women, and less than a third of the countries (60 in total) have adopted measures to support those who provide unpaid care work and to reinforce care services for girls and boys, the elderly or people with disabilities.

Actions are only effective if properly funded

“The findings suggest that, even where countries have adopted an impressive number of gender-sensitive measures, they will only be effective if they are adequately funded and sustained over time,” recall UN Women and the UNDP.

In this regard, both entities recommend that violence against women response and prevention services be treated as essential services, adequately funded, and an integral part of national and local COVID-19 response plans. They also consider that fiscal packages must be developed to ensure that women are not excluded from the response and recovery from the pandemic; and that governments should “support the active participation of women in the leadership and decision-making processes in their response to COVID-19” and invest in sex-disaggregated data to ensure that the effects of the disease are recognized and effectively addressed. pandemic based on gender.