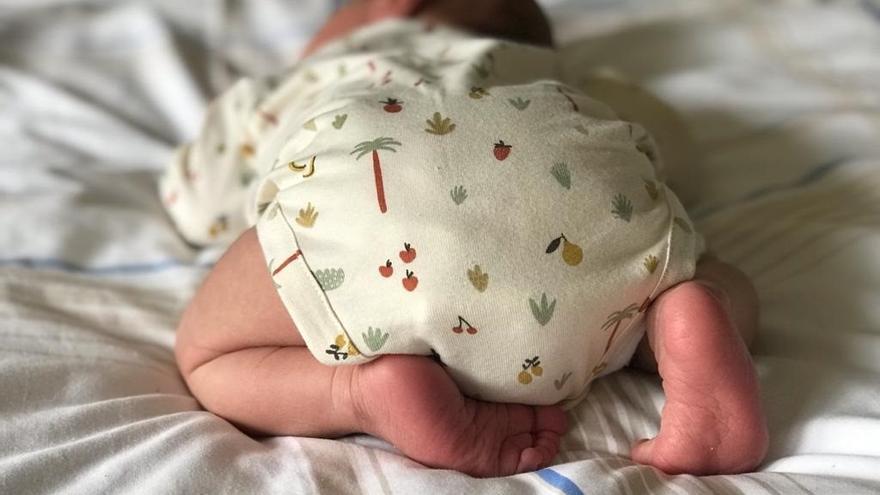 The father's last name first and the mother's last name. It is the traditional scheme, an obligation until two decades ago and the formula that the overwhelming majority of heterosexual couples in Spain continue to choose when they have a son or daughter. With the entry in the 2000s, our country allowed that of the woman to go first, but doing so was subject to more requirements because the father still had preference. However, 17 years later the law took another step and eliminated this prevalence: the parents must decide from then on the order of the surnames of their offspring, but this has not translated into an increase in the number of families that choose to have their children carry the maternal one first.

This option is negligible, almost testimonial, as revealed by the data provided by the Ministry of Justice to elDiario.es: babies with the mother's last name in the first place do not even reach 1% of all born five years ago. They are 9,839 out of 1,950,000, 0.5%. The data, Justice points out, refer to the total of registrations, in which the children of homosexual couples are also included, who are not affected by this analysis. For years, the incidence of this option has remained more or less stable. In 2017, the year the reform came into force, civil registries registered a higher proportion than the following years, but in no case has it exceeded 3,000 babies of the more than 400,000 births that occur annually.

So couples like Rafael Merino and Sara Saavedra or Cova Díaz and Nico Ordozgoiti are a real exception. Both have two children who bear their surname first, a decision that was clear to them "from the beginning", before the birth of the first, Rafael says, which in his case was in April 2017. They believe that "he is a little boy. gesture, but with a great background "because the prevalence of the masculine" always seemed to us a discrimination typical of patriarchal society. " And that, he says, is the main reason that moved them: "It was a symbolic action and even an act of protest to make visible that both have the same value and teach our children that women do not have to go second," he explains. Rafael, who lives with his family in Manzanares el Real (Madrid).

Something similar manifests Cova. She and her partner, Nico, made the decision "for a totally feminist issue: we considered that it seemed important to us to convey to our son that not simply because he is a man, his last name has to come first. And in his case they have even done so despite the fact that Nico's is a less common surname than Cova's, something that usually influences the choice. "Díaz does not have much substance and is very common, it is something that you think, but although the idea came from me in the end it is something that we both share. Between us it has not been any problem, although it has happened to us in our environment that a lot People have told us the typical things about why you do that, what a need ... ", reflects Cova. Rafael is aware that "for most people it is not relevant", but "for us it does, it is a way of making equality visible".

Both share the importance of making use of an option that until not long ago was banned: until 2000 it was mandatory that the man's last name should be first, and since then it was allowed, but doing so implied a declaration from both parents because it continued to be given. by fact the preeminence of the masculine. If this option was not exercised, the provisions of the law would govern. And this was that "the first surname of a Spaniard is the first of the father and the second surname is the first of the personal ones of the mother." The rule changed in mid-2017, and from then on the Civil Registry does not take any order for granted, but is decided by the parents. In the event that there is no agreement, the person in charge agrees "based on the best interests of the minor."

Carlos Villagrasa, professor of Civil Law at the University of Barcelona (UB) explains that the reform "has been followed by other countries such as Chile or Mexico" and that the idea is to promote "a greater balance" in the use of surnames, something which, at least for the moment, has not been achieved. "What happens is that it is not a topic that is usually talked about, I think that information has been lacking in this and many people do not see it as a transcendental decision," believes the expert, except in feminist environments, of "very informed" people. or in particular cases "when they do not want the mother's surname to be lost for some reason, it is less known or is better in combination with the name." So the general rule that ends up prevailing, adds Villagrasa, is "tradition" because "custom weighs a lot."

Teresa San Segundo, professor of Civil Law at the National Distance Education University (UNED) and director of its Center for Gender Studies, refers to the same thing, for which "despite the fact that many people may not think It is something important, because the symbolic is also key to equality ". The reasons for the small percentage of families that decide to put the woman's last name first are reduced "to the imposition of the male line," says the expert, but in practice it can occur in different ways: "There will be those who clearly want to follow the tradition and another group that does not consider it or question it, but I also believe that there are women who have thought about it and do not put it on the table to escape a possible conflict because it would be like going against the man or his family. "

In the case of Rafael and Sara or Cova and Nico "there was no problem" in this regard, explains the latter, although the former did feel something similar about the father's family: "We do not doubt the reason why we made the decision But before the birth of our first child, a feeling of guilt did arise because of how the paternal family could feel and about how to transfer it to them so that they understood how important it was, "says Rafael. San Segundo believes that "the fear of raising it" can also weigh in many cases, which is "a sign that we are in a patriarchal society and it continues to cost, even in this type of thing, to go against the superiority of man in society ", ditch.