The latest survey by the Ministry of Health on alcohol and other drugs in Spain indicates that 6.7% of the population aged 15 to 64 have gambled with money in gambling on-line during the last year, which is double what was registered in 2017/2018. This becomes worrying if we take into account the percentage of young people who admit to practicing this type of leisure habitually, 11%.

Home confinement after the state of alarm caused an increase in bets on-line. The use of technology increased and the need to be distracted and try new things led many people to place their first bets. In 2020 the number of game users on-line in Spain it grew more than 8%, according to the report Analysis of the player profile on-line 2020, prepared by the General Directorate for the Regulation of Gambling. Despite the fact that the pandemic emptied football stadiums and sports competitions were suspended for 3 months, betting on-line rose in Spain. This same study indicates that the average spending per player on-line it increased 18% over the previous year and exceeded 50 euros per month. 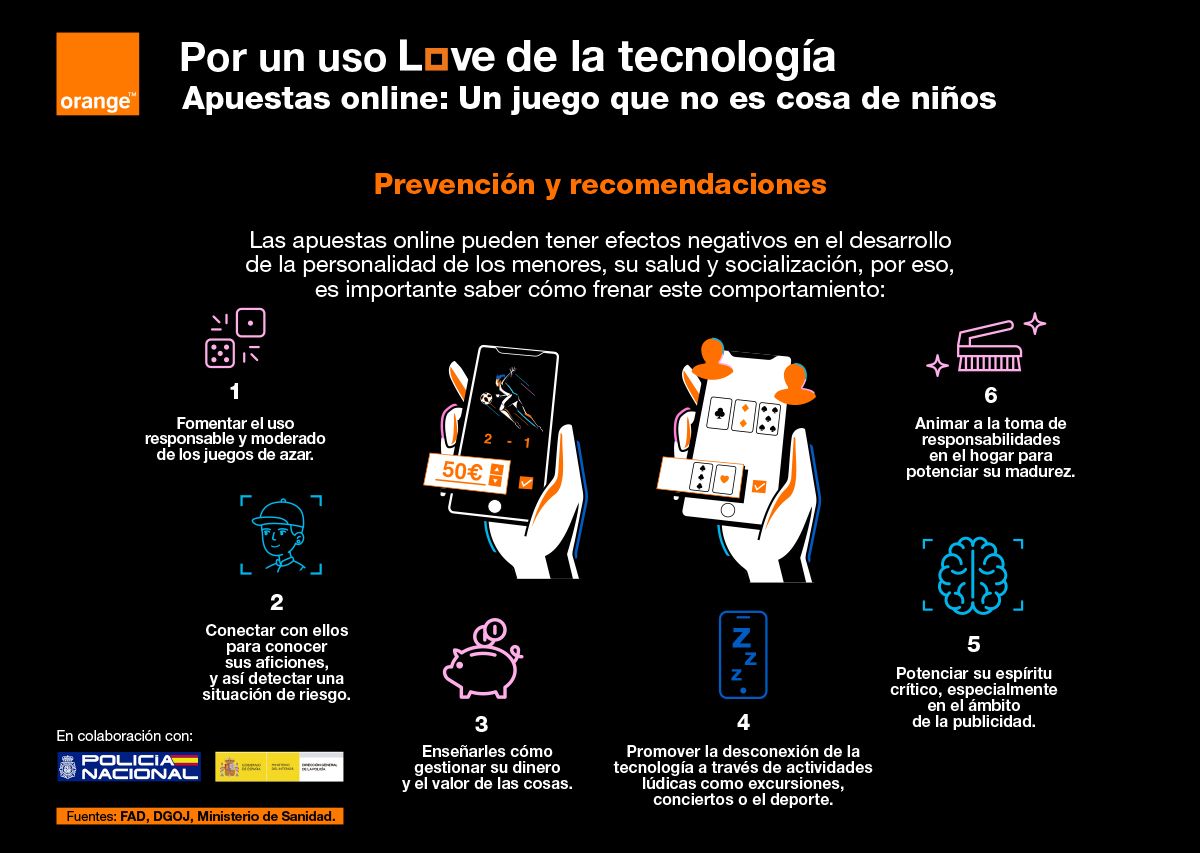 This problem fully affects the youngest. Easy access to technology allows them to place solo bets and earn immediate rewards, two factors that play a role in becoming dependent. A survey carried out by the Spanish Observatory of Drugs and Addictions indicates that 5.5% of the people who said they had gambled in person or on-line during 2020 they present a potential pathological gambling. In these cases we would already be talking about a health problem recognized by the World Health Organization itself since it is a disease or disorder that wreaks havoc on the personal life of the sufferer.

A misuse of technology

Problems with gambling or new technologies are one of the substanceless addictions that most affect the lives of those who are trapped in these invisible cages. The clinical characteristics of these addictions are similar to those suffered by those who suffer from substance addictions. 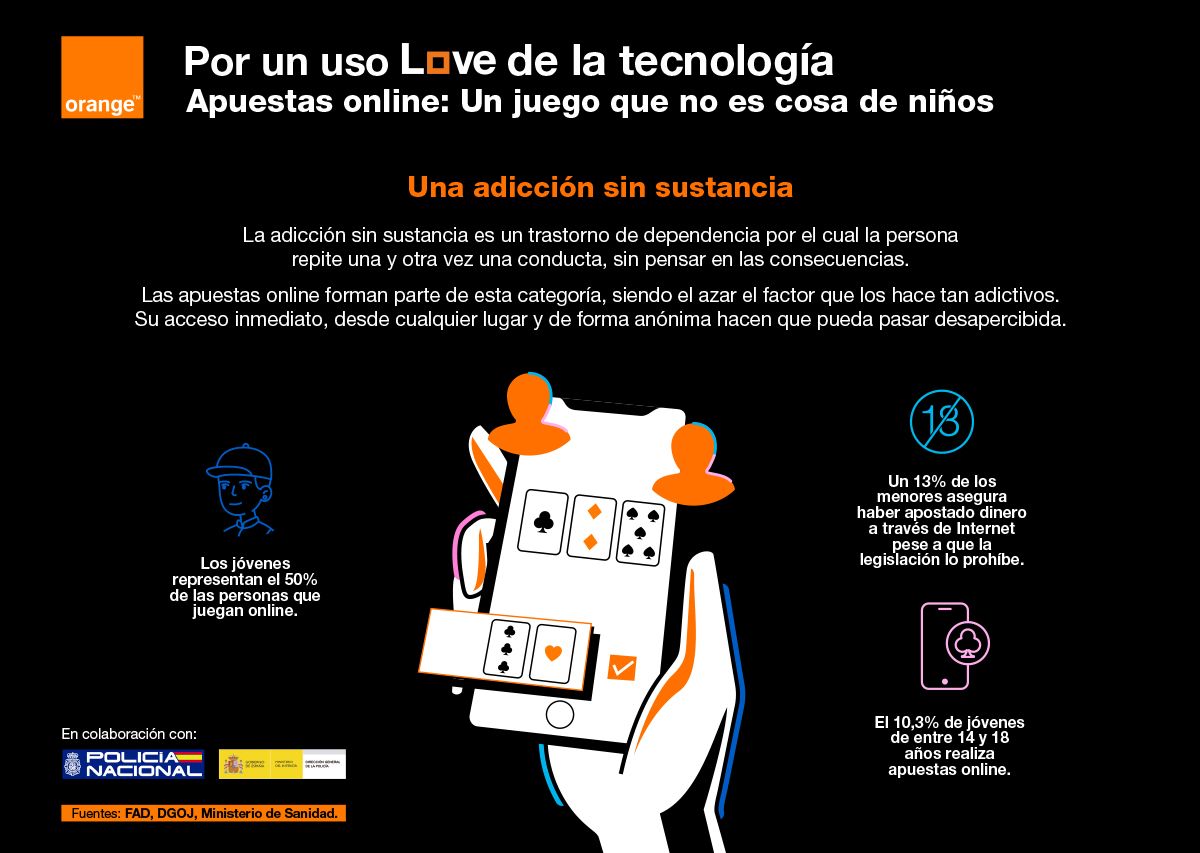 The misuse of technology can directly affect this problem. Its diffusion is much greater and has made it accessible to anyone with a smartphone in your pocket, including minors. In person, it is more complicated for them to bet, but through the internet it becomes more difficult to verify the age of the person on the other side of the screen. According to the General Directorate for the Regulation of Gambling (DGOJ), 13% of minors claim to have gambled money over the Internet despite the fact that the legislation prohibits it. On the Internet, everyone can camouflage their identity and the minors have found different formulas to skip the control and participate in the bets on-line using someone else’s ID or a credit card.

The idea of ​​quick and easy monetization appeals to many teens when trying to find a source of income from gambling on-line. But when things don’t go the way they imagined, euphoria decreases and dependency increases.

The disorders that these addictions can cause in young people are comparable to those of narcotics, causing permanent changes in the brain. On a physical level, they can alter eating and sleep cycles; and at a psychological and social level, they can lead to isolation due to debt or a bad family relationship. According to the Foundation for Help Against Drug Addiction (FAD), the risks that affect young people as a result of gambling range from problems from anxiety to nervousness, irritability or insomnia. Also bad family relationships, due to lies or petty theft, and can even affect school performance.

How to detect if my child suffers from a gambling addiction on-line?

There are indicative signs that can help us to be alert to detect if our child or family member suffers from gambling addiction on-line. In many cases, these are minors who do not have financial independence, so if we suspect that money or valuables are beginning to be lacking at home, we must be alert.

If we see that they have an unjustified spending of money or we notice changes in their behavior such as anxiety, insomnia, anger or poor school performance, they could be signs that the adolescent may have some type of problem with gambling on-line.

This addiction, like any other, affects the whole family and the fight must be joint. The family nucleus is one of the pillars for the recovery of the young person, so it is necessary that they get involved in the improvement process. Orange wants to raise awareness to prevent and help young people to fight against addiction to online gambling through its initiative ‘For a Love Use of Technology’. 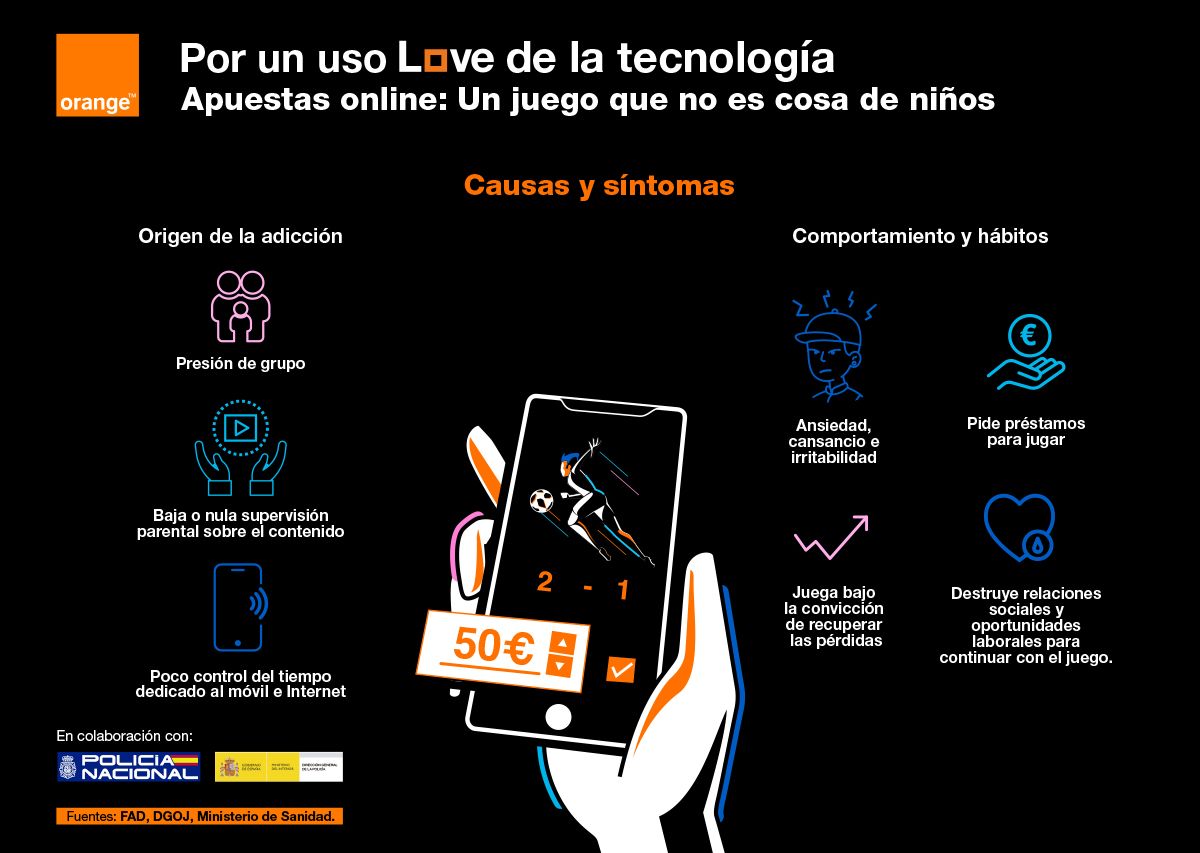