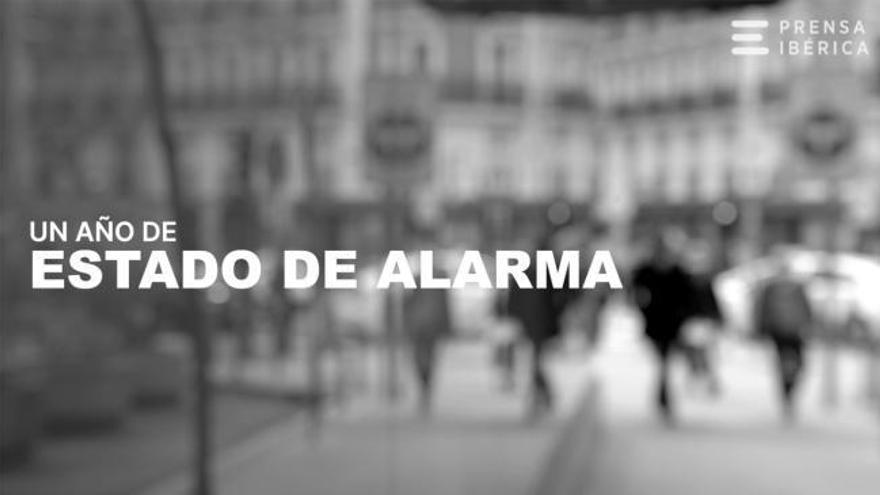 The historic activation of the state of alarm a year ago it became the milestone that confirmed the severity of a health crisis unprecedented in at least a century. But home confinement decreed by the Government also meant the suspension of our way of life to establish a new, much more limited: that of a society faced with a virus with dramatic consequences.

The confinement designed to stop the collapse of the country and its health system due to contagion from the SARS-CoV-2 coronavirus, the cause of Covid-19, curtailed a good part of the rights that we considered untouchable, and was only lifted together with the state of alarm three months later, with restrictions that have been expanded or relaxed depending on the evolution of the pandemic

And all with the painful background of the high death toll that the pandemic continues to take hold. Despite the time that has elapsed and the measures for the prevention of contagions, they are still not less than those that existed in the moments before the confinement, although they are far from the level reached at the peak of the first wave.

Today the Spaniards live again under the state of alarm, and the fear of a fourth wave after the hard blow of Christmas has led the Government to toughen measures at Easter. For the traditional holiday period, the Executive agreed with the communities the perimeter closure of all the autonomies, limited in the Balearic and Canary Islands to the assumptions of the decree of the state of alarm of October 25.

The restrictions of the state of alarm at Easter

The Government has wanted to make especial emphasis on the need to limit travel during holidays of these dates to avoid contagion, but the Interterritorial Council of the National Health System of Spain agreed on other restrictions:

Furthermore, lhe national restrictions have been combined for months with the measures of each autonomy, which in many cases have become more flexible in recent days due to the improvement in the figures for the evolution of infections.

The current state of alarm will remain in force until next May 9, but the Government has already expressed its willingness to extend it if it considers it necessary to contain the pandemic.

Failure to state of alarm

During the state of alarm we have seen how some citizens the restrictions imposed have been bypassed to stop the spread of the virus. Displacements not allowed to second homes, illegal parties, non-compliance with the curfew, skipping the mandatory use of a mask ... are some of the behaviors sanctioned by the State security forces and bodies.

This has been the number of sanctioned by provinces:

The effect of restrictions

But the restrictions have taken a year later the price of an economic crisis of still unpredictable consequences and that of a mental blow that has put the mettle of the Spaniards to the test.

Since March of last year, the use of psychoactive drugs has skyrocketed due to pandemic fatigue, which has increased stress, anxiety or sleep disturbances, and which, according to experts, will increase due to resistance to asking for help with these mental disorders as they are problems that take time to appear.

In these twelve months of pandemic and confinement waiting lists for psychologists and psychiatrists have multiplied to treat depressive symptoms or problems related to pathological grief, which causes a long delay in the start of therapeutic and pharmacological treatments to reverse mental problems.

For this reason, and as a preventive measure, professionals urge citizens to adopt healthy routines and methods of life so that symptoms of exhaustion and hopelessness do not become chronic and end up becoming a mental disorder.

The deterioration of mental health due to the pandemic has caused a 30% increase in the consumption of psychotropic drugs, according to studies from last September referred to by Fernando Chacón, vice president of the General Council of Colleges of Psychologists.

Chacón warns that addictions have increased "in general" and underlines the predominance of dependence on psychotropic drugs over other substances, such as cocaine or heroin, since if the drugs are not combined with psychotherapy to reverse the disorders, in many cases the patient becomes an addict.

23% of Spaniards have been afraid of dying from the coronavirus

The Sociological Research Center (CIS) has released in March a study on the mental health of Spaniards during the coronavirus pandemic.