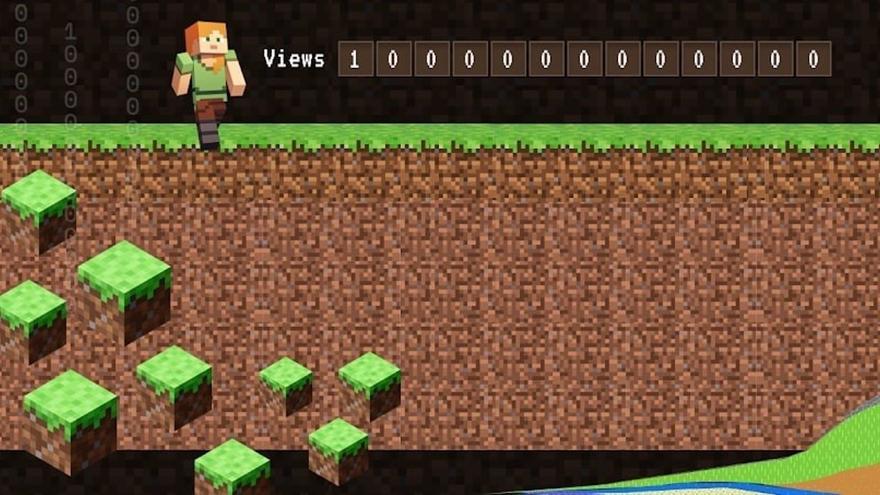 The community of videogame Minecraft from Microsoft, which also includes creators who upload their games of the game, has surpassed the figure of one billion views of its content on Youtube.

The video platform wanted to commemorate this "mind blowing milestone", as YouTube has described through the section of its website dedicated to trends, and has collected some of the most outstanding figures from the Minecraft community.

One way to understand this trillion YouTube views for Minecraft-related videos is as follows: if each of these views lasted one second, the total time viewed would amount to more than 30,000 years.

Or in terms more linked to the game, if each visualization were a 12-inch square block (about 30 square centimeters), "you could build a pile that would reach from the Earth to the sun and vice versa."

The Microsoft video game was originally released in the year 2010, and less than a year later it had already surpassed the milestone of 1 billion views, while the 100,000 million were reached in 2014.

Also, while the first 500,000 million views took around eight years to achieve, the second half of the trillion it has been overcome in just over two years.

YouTube allows you to see the impact by countries that have had prominent content creators in the total of Minecraft views. In the case of Spain, the contents of Axelelcapo, TheWillyRex, MikeCrack, Massi, WhiteZunder and ElTrollino, among others.

The platform also wanted to commemorate the role of content creators, since despite the community being predominantly male, the most popular creator today is a woman, Aphmau, as well as other trends such as videos relaxation about Minecraft.