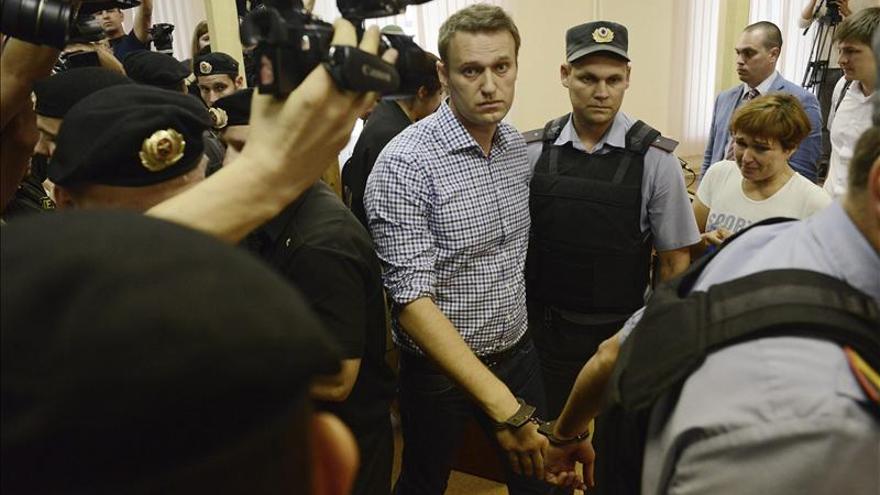 The Russian opposition leader, Alexei Navalni, was sentenced today to 30 days in preventive detention during a judicial hearing held at the police station on the outskirts of Moscow where he has been since was arrested last night on his return from Germany. “I have been imposed 30 days of preventive detention, until February 15, 2021,” Navalni wrote on his Twitter account from the same room.

The judicial hearing against the Russian opposition leader, Alexei Navalni, began today at the police station on the outskirts of Moscow where he has been since he was arrested on Sunday night on his return from Germany. “This is the maximum degree of illegality,” Navalni said at the beginning of the hearing in a video posted by his collaborators on social networks.

Navalni, who returned to his country after being poisoned in August 2020 with the chemical agent Novichok, could be sentenced to several years in prison for failing to appear before the authorities for an old criminal case.

The Federal Penitentiary Service of Russia, which issued a search and arrest warrant against the opponent last December, went to court to convert the suspended sentence of 3.5 years that was imposed on Navalni by a firm.

In relation to this conviction, the European Court of Human Rights agreed with Navalni, who for that reason was also disqualified as a candidate for the Kremlin. “Why the court hearing takes place in the police? I do not understand,” added the opponent in the video.

The United States, the European Union and human rights organizations demanded the immediate release of the leader of the extra-parliamentary opposition, who accuses Russian President Vladimir Putin of ordering his assassination.